The Road To The Oscars For “Drive My Car” 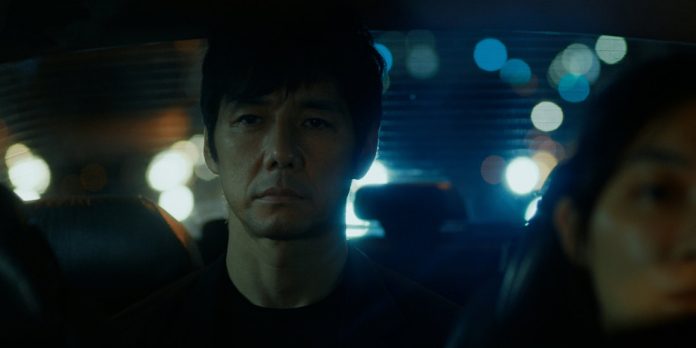 ​Among Oscar aficionados, many of the loudest cheers heard during the announcement for this year’s Academy Award nominations were likely for the news that Ryusuke Hamaguchi’s beloved “Drive My Car” earned not only an expected Oscar nomination for Best International Feature Film, but it had unexpectedly broken through with three more biggies as well: Best Adapted Screenplay, Best Director, and, the most coveted, Best Picture of the Year. ​The journey from the streets of Hiroshima to the red carpet of the Dolby Theater has been an unlikely one for the 179-minute film, which premiered at the Cannes Film Festival in July. Its rise as a surprising Oscar powerhouse can be attributed to several factors — stellar reviews, a careful theatrical rollout, and a sharp FYC campaign from Janus Films. But perhaps the key to the initial awards success is one factor that has gone largely unnoticed and underappreciated: the overwhelming support of the nation’s film critics groups.

To be clear: critics groups are not predictive of the Oscars the way the awards from the industry’s guilds can be. Few if any film critics are also voting members of the Academy. However, what critics can do with their awards, particularly if their winners are deserving underdog choices, is to raise those films’ profiles among voters. If a particular Academy voter has never heard of or considered a specific film or actor, seeing them begin to win awards from several groups just might help that film rise up to the top of that voter’s screening pile. That may just have happened this year with “Drive My Car.”

“Drive My Car” was hardly the international juggernaut that it is today when it had its world premiere in Cannes seven months ago. The film’s initial reviews were extremely favorable, and it deservedly won the festival’s Best Screenplay prize for its writers Hamaguchi and Takamasa Oe. However, it had to share the spotlight with several other films with higher profile filmmakers — Asghar Farhadi’s “A Hero” and Joachim Trier’s “The Worst Person in the World,” both of which also won prizes. And they all were overshadowed by the tsunami that was Julia Ducournau’s “Titane,” which took up all of the oxygen around the Croisette and won the coveted Palme d’Or.

Once the prizes were distributed, talk turned (as it inevitably does) to whether any of the Cannes titles would be picked up by a savvy distributor who could put together an effective awards campaign. Asghar Farhadi’s buzzy “A Hero” was already acquired by Amazon before the festival, and NEON, whose campaign two years before led “Parasite” to a Best Picture Oscar win, soon picked up both “Titane” and “The Worst Person in the World.” But “Drive My Car” was still left unclaimed.

It wasn’t until September 21st, two months after Cannes, that “Drive My Car” was finally acquired for release by fledgling distributor Sideshow, working through Janus Films, leaving Oscar prognosticators a bit puzzled. Janus Films is an enormously respected distributor within the film community. Still, they haven’t steered an Oscar contender of this promise since 2013’s Oscar winner “The Great Beauty,” and Oscar campaigning has dramatically changed even since then. True, veteran IFC Films executive Jonathan Sehring was on board at Sideshow, but could Janus really pull it off the kind of campaign that “Drive My Car” deserved?

As expected, many of the critics groups were soon to award “Drive My Car” their Best International Feature Award. Still, the breakthrough came on December 12th when the New York Film Critics Circle voted Hamaguchi’s film as Best Film of the Year over “The Power of the Dog.” That was followed six days later with the Los Angeles Film Critics awarding “Drive My Car” their Best Film prize and Best Adapted Screenplay. And the hat trick was scored on January 8th when the influential National Society of Film Critics named “Drive My Car” as the year’s Best Film, Best Adapted Screenplay, Best Actor for the film’s star Hidetoshi Nishijima, and Hamaguchi as the year’s Best Director.

Oscar statistics nuts (raises hand) went scurrying for previous precedents for a film sweeping all three major critics groups. They found five films that could claim that singular achievement: “Goodfellas,” “Schindler’s List,” “L.A. Confidential,” “The Hurt Locker,” and “The Social Network.” Looking at those five titles, a second statistic became obvious: all five films had received an Oscar nomination for Best Picture. Now, a moody three-hour subtitled meditation on grief had cleared the first hurdle. Could it clear the second?

We all now know the happy answer to that. But when we all look back on the awards seasons after the Oscars, those three Best Film awards from the critics’ groups would have to mark a key turning point in the race. If there’s one lesson to be taken from this, it’s never to underestimate the power of a passionate critic.

Now that we know how “Drive My Car” got to this point, where does it go from here on Oscar night? A win for Best International Feature Film is all but assured at this point after winning the majority of film critics’ prizes, the Golden Globe, Gotham, and Independent Spirit Award. The Critics Choice and BAFTA will most likely follow suit. Plus, no foreign language film nominated in this category has ever lost if it was also nominated for Best Picture. Speaking of which, the nominations for Best Picture and Best Director, although well-deserved, are not expected to turn into wins for “Drive My Car.” However, there is a world where the film wins the BAFTA for Best Adapted Screenplay this Sunday and upsets “The Power of the Dog” in this category. It’s a long shot, but it’s most pundits’ no. 2 or 3 in the category, and a BAFTA win would be a significant boost for it. Still, it’s most likely walking away with the Best International Feature Film Oscar and will have to settle on making history as the first Japanese film to be nominated for Best Picture, a statistic which future moviegoers and Oscar junkies will forever refer to ensuring this movie has a long and healthy shelf life in the annals of cinematic appreciation.

​”Drive My Car” is a pretty amazing film which you can watch right now on HBO Max. it may be nearly three hours long, but I promise it is worth every minute. Be on the lookout for our podcast review coming later this week. Are you predicting the film to win any Oscars? If so, which ones? Check out our latest Oscar predictions here and let us know your thoughts in the comments section below or on our Twitter account.