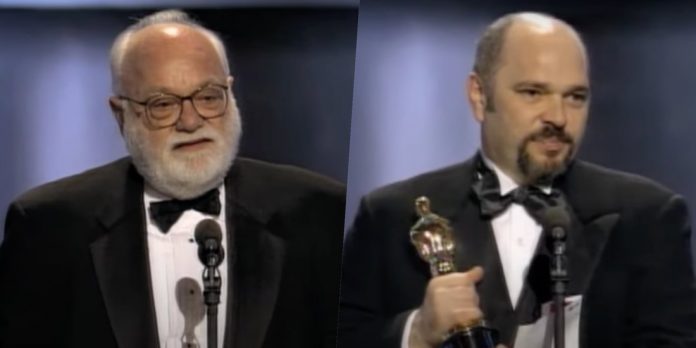 With the U.S. more interested in the worldwide pandemic than the Presidential election, and with movie theaters currently closed, it’s anyone’s guess what the Oscars will look like. Films have proven to be a useful distraction from the political bickering and mudslinging that plagues election years; however, the race to win Best Picture in a U.S. election year is a difficult task. Of the 92 films that have been lucky enough to win Best Picture, 22 have done so in an election year.

We continue our look at the Oscar Best Picture winners with the films that won between 1980-1996. These films were almost all journeymen in theme, emphasis on “men”. What might we learn about the type of film that will win in 2020?

Bill Clinton was easily re-elected in 1996 defeating a WWII injured veteran, Bob Dole. The Academy honored the journeyman film, “The English Patient,” about a severely burned man during WWII reliving his intimate and tragic love affair.

Mudslinging a Texas billionaire third-party candidate (Perot) was the Wild West of elections. It should have come as no surprise that the Academy turned its attention towards the Western genre, giving legendary Clint Eastwood his first of two wins in an election year, the other being “Million Dollar Baby” (2004).

Two brothers get to know one another while taking a cross-country road trip. Granted, the younger brother (Tom Cruise) kidnapped his older autistic brother (Dustin Hoffman) in hopes of getting his hands on a $3 million inheritance. In comparison to the other films, this was lighter in tone for the times.

One man is destined to be remembered, while the other is a footnote to his place in history. Art was truly imitating politics with a Miloš Forman film once again winning Best Director & Best Picture. (He was previously rewarded in 1975 for “One Flew Over The Cuckoo’s Nest“.)

A story of a middle-class family from the middle of the country (Illinois) and their strained relations after a tragedy divides them. (Sounds like what happens when family members support different candidates.)

Check back at a later date as we take a look at the Best Picture winners from 1960-1976. Do you think this year’s election will play an outcome on the 2020 Best Picture race? If so, how? Let us know your thoughts in the comments section below or on our Twitter account.