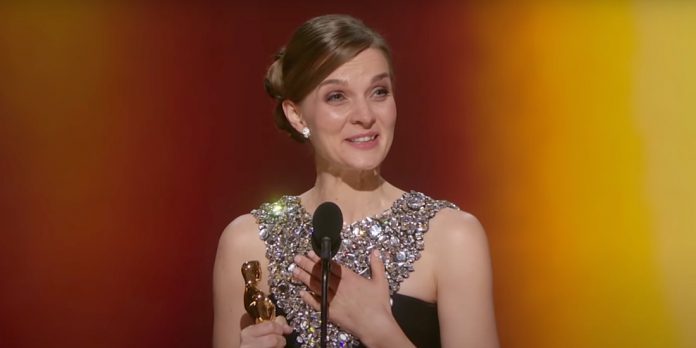 ​Few categories in recent Oscar history have caused as much confusion and frustration as Best Original Score. The category’s obscure and ever-changing rules have been applied in an inconsistent and seemingly arbitrary fashion, disqualifying some popular contenders while allowing others to be nominated, and even win, despite apparent defiance of the category’s standards.

​​Until recently, Academy rules stated that to be eligible, “the original score must be a substantial body of music that serves as original dramatic underscoring and must be written specifically for the motion picture by the submitting composer. Scores diluted by the use of tracked themes or other preexisting music, diminished in impact by the predominant use of songs, or assembled from the music of more than one composer shall not be eligible.”

​Over the years, contenders have been excluded for reasons including “too many composers,” “too much pre-existing music,” “too many songs, not enough score,” “not enough sheet music,” and “administrative errors”.
​
​Now, this year, possibly in response to mounting criticism, the music branch has announced new standards. Whereas in past years, original music penned for films must have been “substantially original” to be eligible, vague standards that left broad room for interpretation, now “a score must comprise a minimum of 60% original music”. Additionally, for sequels and franchise films, “a score must have a minimum of 80% new music”.

These changes come right on the heels of John Williams’ nomination for yet another “Star Wars” film, even though the film extensively reused pre-existing work from earlier installments in the franchise. We don’t yet know how rigidly these rules will be applied for future films, but stricter standards likely mean more disqualifications, which means more frustration in the future.

​Too Much Pre-Existing Music
The Academy’s “substantially original” requirement has historically proved the most vexing. As mentioned above, the term is vague and has led to an inconsistent application that seems to have allowed Academy branch favorites like John Williams, Alan Menken, and Ennio Morricone to skirt by while barring other contenders.

In December 2015, Oscar pundits held their breath in anticipation of the Academy’s decision regarding score eligibility. Why? Everyone wanted composing legend Ennio Morricone to win an Oscar, finally. Quentin Tarantino’s “The Hateful Eight” seemed like his ticket. However, as was widely discussed, much of Morricone’s work in the film had been composed for John Carpenter’s “The Thing” 30 years prior. In other words, the score was in clear defiance of the “must be written specifically for the motion picture by the submitting composer” requirement. The Academy music branch was undeterred, however. Morricone was deemed eligible and proceeded to win an Oscar. Nearly a decade prior, “Babel” had resulted in similarly raised eyebrows when composer Gustavo Santaolalla brought home the gold for a score that was largely composed of works he had written for other films. Neither of these exceptions would have been especially frustrating, were it not for the fact that AMPAS has proved ruthless in its disqualification of other film scores.

In 2016, Jóhann Jóhannsson’s haunting work in “Arrival” received unanimous praise, as well as Golden Globe, BAFTA, and BFCA nominations. However, because the film used Max Richter’s “On the Nature of Daylight” during two sequences, the film was deemed ineligible. One year later, many expected Hans Zimmer’s work in “Dunkirk” to be disqualified for the same reason: it utilized Sir Edward Elgar’s “Nimrod” from the Enigma Variations at key points in the film. However, it was deemed eligible and was nominated accordingly. Additionally, that same year, Alan Menken’s re-recording of pre-existing music from 1991’s “Beauty and the Beast” for the live-action remake was sufficiently original, as was John Williams’ work in “Star Wars: The Last Jedi”.

This inconsistent tug of war of “eligible, not eligible” has been a mainstay of Academy history. As recently as 2018, Best Picture winner, “Green Book,” was disqualified from score consideration due to the presence of historical piano music played by the real-life protagonist, Don Shirley. Similarly, Terrence Malick’s “A Hidden Life” featured too much pre-existing classical music alongside James Newton Howard’s haunting score to be eligible.

In 2013, Best Picture Nominee, “Nebraska,” used one or two cues of music that composer Mark Orton had composed for earlier films. Although two-thirds of the soundtrack was original for the film, this was sufficient to disqualify the film. In 2011, Cliff Martinez’s BFCA nominated work in “Drive” was disqualified due to the large presence of pre-existing electronic songs in the soundtrack. In 2010, Best Picture Nominees, “Black Swan” and “True Grit,” were widely predicted as serious Original Score contenders until the Academy disqualified them due to their reliance on “Swan Lake” and gospel melodies respectively. In 2004, Howard Shore’s Golden Globe-nominated and BAFTA-winning work in “The Aviator” went from frontrunner to non-contender overnight for similar reasons.

Arguably, the century’s most infamous disqualification under this reasoning is Jonny Greenwood’s work in “There Will Be Blood,” which featured a small amount of classical music alongside Greenwood’s extensive original work. Equally frustrating was the branch’s temporary disqualification of Howard Shore’s work in “The Lord of the Rings: The Two Towers”. Although sequels have had a long history of score nominations (look no further than the John Williams franchise trifecta of “Star Wars,” “Indiana Jones,” and “Harry Potter”), the music branch initially disqualified Shore’s work in “The Two Towers” as excessively based on the Oscar-winning music written for “The Fellowship of the Ring”. However, the branch reversed this decision… just before Oscar voting closed. The damage was done, and for entirely arbitrary reasons, Shore wasn’t nominated. He would easily glide to a win for the third installment in the series the following year.

These frustrating standards aren’t new, however. In 1993, Michael Nyman’s score for “The Piano” built upon some classical folk songs and melodies. Despite its BAFTA and Golden Globe nominations, the Academy disqualified it. In 1972, Nino Rota’s nomination for “The Godfather” was rescinded after it was determined that his work was too diluted by pre-existing music. This disqualification was made all the more confounding when the sequel was not only deemed eligible but even won the category.

Too Many Songs
Another reason films have been disqualified over the years is the allegation that the score is too “diluted” by songs to be Oscar-eligible, even if the actual score is wholly original. The music branch appears to be relaxing this standard, as the song-heavy “La La Land” won the category in 2016. Historically, however, this reasoning has disqualified a large number of music-heavy films. Alan Menken’s work in “Enchanted” was ineligible for this reason, even though his original score served as the basis of the film’s three Oscar-nominated original songs and was entirely original. “Frozen” was disqualified, despite featuring extensive original score work and an Oscar-winning song. Meanwhile, “Frozen II,” which featured just as many songs and a smaller amount of original score work, was one of the 15 finalists for the Original Score Oscar. This same logic has disqualified formidable score contenders in the last two decades such as “Where the Wild Things Are,” “Happy Feet,” “The Princess and the Frog,” “Crazy Heart,” “Into the Wild,” and “Moulin Rouge”.

Too Many Composers
The music branch has always had issues with scores featuring music from more than one composer. Thus, although this year’s “Ad Astra” featured an original score from Max Richter and Lorne Balfe, because the two composers didn’t work as a team in composing the film, it was ineligible. This same reasoning disqualified the BAFTA and Golden Globe-nominated scores for “The Revenant” and “The Last of the Mohicans.” In 2008, the music branch disqualified “The Dark Knight” under this reasoning. It ultimately reversed its decision; however, the damage was done and the film wasn’t nominated. In 2000, to avoid disqualification, “Gladiator” made the decision not to submit the film’s Golden Globe-winning co-composer Lisa Gerrard for a nomination. This decision generated enough controversy that, although it may have saved the film from disqualification, it may also have cost it the win.

Clerical Error
Finally, now and then, scores do everything “right” for Academy eligibility but are still disqualified because of “administrative errors”. Usually, this means someone misfiled paperwork or missed a deadline. Recently, “Solo: A Star Wars Story,” “Knives Out,” and “Mandy” were victims of such errors. In earlier years, Clint Eastwood missed the opportunity to become one of the only directors to be nominated for Best Original Score when his team missed a deadline to submit his Golden Globe-nominated work in Best Picture winner, “Million Dollar Baby”.

In short, Academy score rules continue to present frustrating hurdles for would-be Original Score contenders. Only time will tell whether the new rules will increase or decrease those burdens.

​Do you have any favorite film scores which were ruled ineligible for the Oscars? What do you think of the new rules? Let us know in the comments section below or on our Twitter account.