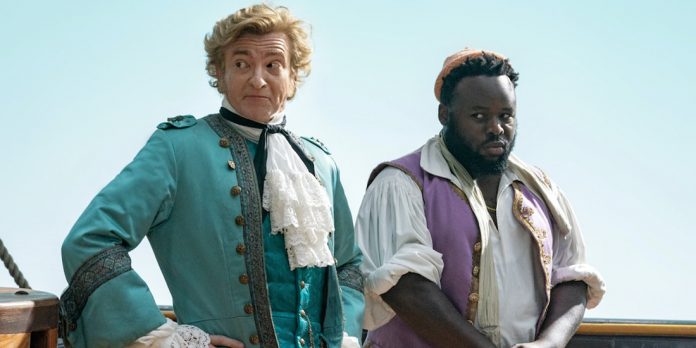 “Our Flag Means Death” has been one of the breakout new comedy shows of 2022. Created by David Jenkins with Taikia Waititi directing the pilot, this period romantic comedy about Pirates finding love in unexpected places during the Golden Age of Piracy has received critical acclaim for its writing, performances, costuming, and LGBTQ+ representation. It was recently announced that the show had been renewed for a second season. Jenkins and Period Costume Designer Christine Wada were kind enough to spend a few minutes talking about their work on the show, which is up for your consideration for this year’s Emmy Awards. We hope you enjoy the conversations and that you will check out the show now streaming on HBO Max. Thank you!​

​Thank you so much for listening. The Next Best Picture Podcast is proud to be a part of the Evergreen Podcasts Network. You can subscribe to us on SoundCloud, Apple Podcasts, Spotify, Stitcher, GooglePlay, Tunein, Player FM, Acast & Castbox or you can listen down below. Please take a moment to review us on Apple Podcasts here. And if you’re feeling generous, you enjoy what you hear and want to hear more, please help support us on Patreon for as little as $1 a month and you’ll receive some exclusive podcast content.