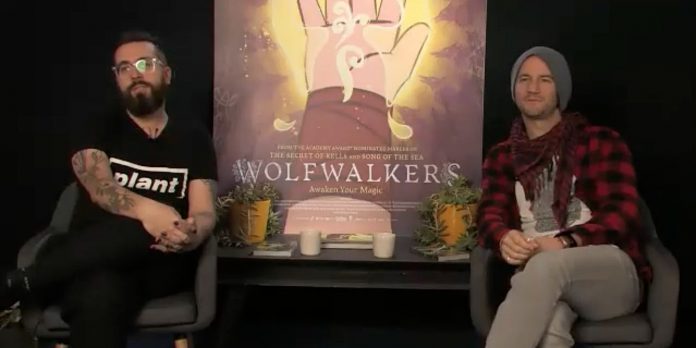 Tomm Moore has been crafting some of the best animated films of the last decade including “The Secret of Kells” and “Song Of The Sea.” Now, teaming up with Ross Stewart, the two’s latest film “Wolfwalkers,” which had its premiere at this year’s Toronto International Film Festival and is currently playing on AppleTV+, is taking the animation world by storm. Already hailed as one of the best animated films of the year (and one of the year’s best films in general), the film is a gorgeously animated and beautifully told Celtic story that is sure to win over even the hardest of cynics out there. Moore and Stewart were kind enough to talk with us for a few minutes about the film’s story, hidden easter eggs, whether they intended for Bill Goodfellowe (voiced by Sean Bean) to come across as Ned Stark (from “Game Of Thrones”) in animated form and much more! Take a listen down below and enjoy!