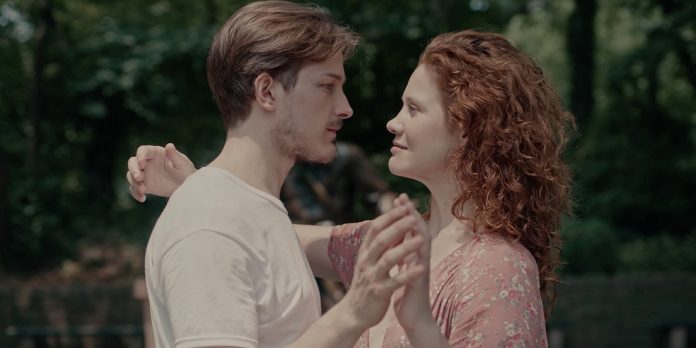 Boaz Yakin has been a director of solid studio and indie fare since his crossover hit “A Price Above Rubies”, starring Renee Zelweger in 1998. With such mainstream successes as “Remember The Titans” and “Max” to his credit, it was a bit of a surprise reading the synopsis of his latest feature “Aviva“, which was announced as part of the lineup for this year’s SXSW. It was said to track “the evolution of a relationship driven by dance sequences… and a pair of principal characters played by four different actors.” Available now on VOD, “Aviva” feels like something completely new and exciting, an experimental film that is nonetheless completely accessible. We got to talk with Boaz about the making of this fascinating film, including the collaboration with choreographer/co-star Bobbi Jene Smith, how he came up with the concept of externalizing each character’s masculine and feminine sides, and shooting guerilla-style on the streets of France. Take a listen to find out more!

Thank you so much for listening. You can subscribe to the Next Best Picture Podcast on SoundCloud, Apple Podcasts, Spotify, Stitcher, GooglePlay, Tunein, Player FM, Acast & Castbox or you can listen down below. Please take a moment to review us on Apple Podcasts here. And if you’re feeling generous, you enjoy what you hear and want to hear more, please help support us on Patreon for as little as $1 a month and you’ll receive some exclusive podcast content.

Share
Facebook
Twitter
Copy URL
Previous article
The Next Best Picture Podcast: Episode 198 – Oscars Going Back To 10 Best Picture Nominees & The “You Should Have Left” Trailer
Next article
“7500”