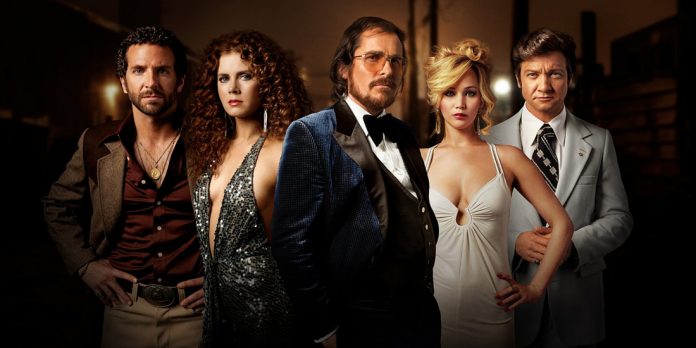 We are down to the final two podcasts in our 2013 retrospective. Next up is David O. Russell’s hotly contested Best Picture nominee “American Hustle,” starring Amy Adams, Christian Bale, Jennifer Lawrence & Bradley Cooper. Receiving positive reviews, strong box-office, and 10 Academy Award nominations at the time of its release (including all four of its main actors), the film has always had a divisive reaction amongst those in the industry and the online community, which continues to this day. Eight years later, what do we think of the film today? Has the story held up? What about the performances? How do we feel about O. Russell’s stylistic attempts to mimic Martin Scorsese? We discuss all of these elements and more in this messy review for an equally messy movie. Joining me for this review, I have Amanda Spears, Michael Schwartz, Casey Lee Clark, Zoe Rose Bryant, and guest Ryan C. Showers. You can also check out our previous 2013 retrospective reviews of “Captain Phillips,” “Philomena,” “The Wolf Of Wall Street,” “The Great Gatsby,” “Her,” “Inside Llewyn Davis,” “Dallas Buyers Club,” “Frozen,” “Gravity” & “Nebraska” if you have not done so already.
​
This is a preview of the podcast, the full version of which is only available to those who subscribe to us on Patreon. For the small price of $1 a month, you can receive this review along with other exclusive podcast content, so be sure to subscribe here.
​
Thank you so much for listening. The Next Best Picture Podcast is proud to be a part of the Evergreen Podcasts Network. You can subscribe to us on SoundCloud, Apple Podcasts, Spotify, Stitcher, GooglePlay, Tunein, Player FM, Acast & Castbox or you can listen down below. Please take a moment to review us on Apple Podcasts here.