“THE MOST BEAUTIFUL BOY IN THE WORLD” 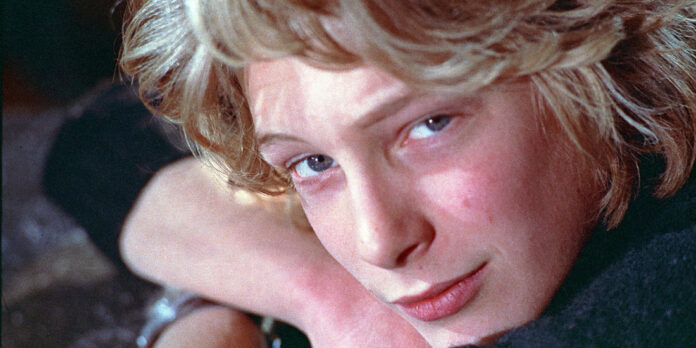 THE STORY – Björn Andrésen was 15 when he starred as Tadzio opposite Dirk Bogarde in Luchino Visconti’s adaptation of Death in Venice. A year later, during the film’s Cannes premiere, Visconti proclaimed Andrésen to be “the world’s most beautiful boy.” A comment that might have seemed flattering at the time became a burden that tainted Andrésen’s life.

​​​​​No matter how often we hear it, it’s always devastating to learn how many lives were wrecked at a young age, supposedly to create some of the world’s most revered art. “The Most Beautiful Boy in the World,” tells yet another of these stories by focusing on one of the less well-known casualties of show business’s cruelty. Björn Andrésen was just 15 when he was found seemingly out of nowhere and chosen to portray the key role of Tadzio in Luchino Visconti’s adaptation of “Death in Venice.” Visconti was enamored by Andrésen’s appearance, famously giving him the moniker from which this documentary gets its title. And while it’s an undeniably raw look at the perils of fame, the film can’t help but lose focus of its factually-based themes and deeper examinations as it goes on.

Björn Andrésen’s story is one that’s unfortunately familiar. After being hired to portray a mystical symbol of youth and beauty in the film “Death in Venice,” he quickly became a global superstar known for his unique look. However, his fame was brief, and the years following were uneven with a great deal of hardship and heartache. “The Most Beautiful Boy in the World” traces both his past and his present, seeking to examine how someone’s history can forever affect what’s yet to come.

The film works at its best when it explores Andrésen’s roller-coaster teenage years and young adulthood. It takes a meaningful look at his experiences both on the set and in the afterglow of the premiere of “Death in Venice.” Visconti is shown to have treated him as merely a prop to be used to tell his story. He was meant to signify something more than human – a spirit of death who represents everything the aging main character is not. And in both the film’s casting process and its subsequent press tour, we see Visconti blatantly objectifying and dehumanizing Andrésen right to his face. It was unquestionably more than any teenager should be forced to deal with, and worst of all, it was cloaked in the illusions of celebrity. Surprisingly, even though he is best known for “Death in Venice,” this period of time is covered fairly briefly in the documentary. Rather than serving as the main focus in this exploration of Andrésen’s life, this darkly formative moment is treated as a prelude to everything else we learn about him.

One particularly enlightening moment comes when we see Andrésen on the set of Ari Aster’s recent horror film “Midsommar.” Andrésen was cast as an elder member of the cult at the film’s center. His character infamously participates in an end-of-life ritual suicide by leaping off a cliff. In a noteworthy shocking moment in a film full of them, his character’s head is smashed in with a hammer when his death jump doesn’t do the trick. “Midsommar” gave Andrésen what is arguably his most high-profile part since “Death in Venice.” This documentary doesn’t explicitly remark on it, but it’s fascinating how these two roles parallel each other. In “Death in Venice,” he represents youth, vitality, and a life that has nothing but potential ahead of it. In “Midsommar,” his role is a visual stand-in for old age, expiration, and the abrupt end of a life cycle. It goes to show the existential multitudes that can be contained in just one person. When he was cast in “Death in Venice,” it’s almost certain that nobody on the film’s production team could ever imagine Andrésen portraying a person at the very end of their life. The expectations placed on youth by those far removed from it are so often unrealistic and fabricated projections. “The Most Beautiful Boy in the World” points a camera directly at such falsehoods and forces its audience to reflect on them.

While it succeeds in showing his rise and fall in the film industry, this documentary somewhat unravels as it goes on. When it focuses mainly on Andrésen’s current life and predicaments, it seems to lose its ability to make any sort of commentary about what it’s showing. Instead, the film meanders and the camera is content to merely capture rather than say much of anything with its material. It’s a harrowing story from start to finish, but without the filmmakers choosing to do much with it in the film’s latter half, it comes across as surprisingly unexamined.

While it starts strong, “The Most Beautiful Boy in the World” loses steam as it continues along. Unfortunately, it at first enlightens but eventually disappoints. The haunted man at its center makes for a captivating subject but the filmmakers seem not entirely interested in delving quite as deep into his mind and his story as one might hope.