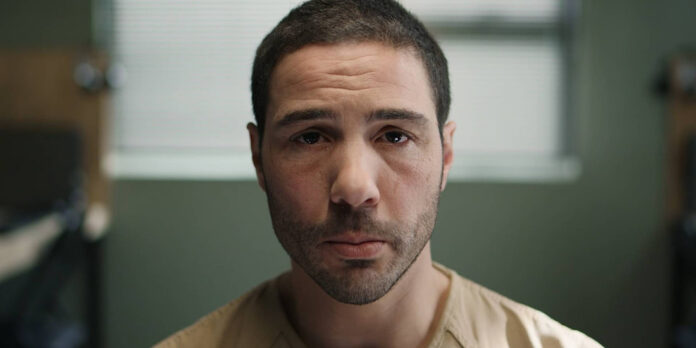 THE STORY – A defense attorney, her associate and a military prosecutor uncover a far-reaching conspiracy while investigating the case of a suspected 9/11 terrorist imprisoned at Guantanamo Bay, Cuba, for six years.​

It’s been nearly 20 years since the September 11th terror attacks, and we’ve had dozens of films recounting the attack, its aftermath, and the effects of the war on terror. Even so, there continue to be more revelations and stories that can shock us – so many injustices done, so many lives ruined or taken. “The Mauritanian” is one of those heartbreaking stories.

In the immediate wake of 9/11, the United States government rushed to search for answers and to hold accountable those who were responsible. Mohamedou Ould Slahi was one of those caught up in this frantic search. Slahi, played by Tahar Rahim, was living in Mauritania when he turned himself in after becoming a person of interest. He sought to clear his name, but in return, he was thrown into Guantanamo Bay.

I had never heard of Slahi prior to watching “The Mauritanian.” My unawareness, though that’s likely the case for most Americans, is exactly one of the problems that the film exposes. Men like Slahi were taken from their homes based on little more than suspicion and thrown away until they confessed or died. While in captivity, the film shows the horrors that Slahi was forced to endure. His torture is presented in a pretty matter-of-fact manner. Never overplaying it but allowing the reality of this inhumanity to sink in. It’s horrifying, and it’s hard to watch how Slahi is abused physically, verbally, and through other means. Throughout it all, he maintains his innocence.

Not long after his incarceration, two American lawyers decide to take on his defense. Nancy Hollander (Jodie Foster) leads the way, alongside Teri Duncan (Shailene Woodley). Hollander takes the case, much to the chagrin of the rest of her law firm, after hearing that the U.S. government would be seeking to prosecute cases like Slahi’s. She faces resistance at the perception of defending terrorists but holds strong, believing that they deserve fair representation. Lt. Colonel Stuart Couch (Benedict Cumberbatch) is assigned to lead the prosecution against Slahi.

Director Kevin Macdonald has previously brought his background as a documentarian into the narrative world with gritty, realistic thrillers like “The Last King of Scotland” and “State of Play.” His directorial style helps balance believability and realism with the heart and emotion of Slahi. It might’ve been easy to get lost in the details of a years-long legal battle, but a sharp script from M.B. Traven, Rory Haines, and Sohrab Noshirvani keeps everything clear. It also keeps us keenly aware of all the time that passes with Slahi imprisoned.

Even among an ensemble full of bigger stars like Foster, Woodley, Cumberbatch, and Zachary Levi, Rahim outshines every one of them. His performance is powerful, visceral, and heartbreaking. So often, films surrounding the September 11th attacks paint men like Rahim as inhuman and without a soul. He brings so much humanity and authenticity to this role, along with the physicality it takes to portray the horrific torture Slahi endured. Rahim is the heart and soul of this picture, and his performance is one to be remembered.

We’ve seen many of these sorts of legal thrillers that examine wrongdoing in the time following 9/11, including “The Report” in 2019. While there are many similarities between the two films, “The Mauritanian” focuses so much more on the humanity that was impacted by the “enhanced interrogation techniques” utilized during this time and through the cruelty of Guantanamo Bay. The last act of this film contains some really effective developments in the case. There are shocking revelations, even right up to the very end, that took my breath away. Though it explores themes that have been covered in other similar films, “The Mauritanian” is a vital story that shouldn’t be ignored.