“THE LORD OF THE RINGS: THE TWO TOWERS” 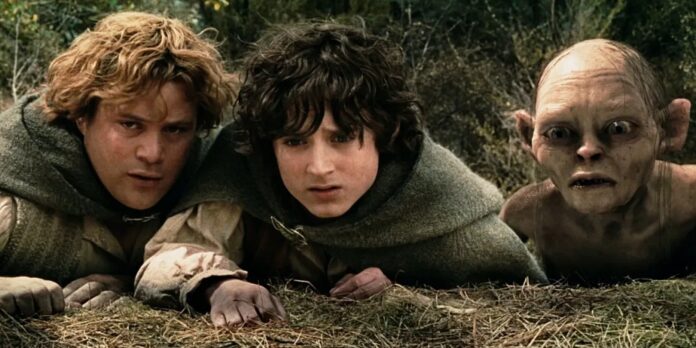 THE STORY – “The Two Towers” follows the continuing quest of Frodo (Elijah Wood) and the Fellowship to destroy the One Ring. Frodo and Sam (Sean Astin) discover they are being followed by the mysterious Gollum. Aragorn (Viggo Mortensen), the Elf archer Legolas, and Gimli the Dwarf encounter the besieged Rohan kingdom, whose once great King Theoden has fallen under Saruman’s deadly spell.

To put it mildly, “The Lord of the Rings: The Fellowship of the Ring” (2001) was a tough act to follow. Peter Jackson had seemingly done the unthinkable: Transforming the hyperliterate and sprawling pages of J.R.R. Tolkien’s first volume into blockbuster entertainment that connected with fans and critics alike. “The Fellowship of the Ring” netted a staggering thirteen Academy Award nominations, made a ton of money at the box office, received acclaim from critics and audiences, and was seen as a watershed moment for the fantasy genre, cinematic franchises, and visual effects as a whole. “The Lord of the Rings: The Two Towers” (2002) had the unenviable task of following this game-changer a single year later. Jackson has since stated that the film was much harder to make than the first because, structurally, it was the least clear. Whereas “The Fellowship of the Ring” had a clear-out point, and the third film, “The Lord of the Rings: The Return of the King” (2003), would wrap up the entire story, “The Two Towers” had to function as both a continuation and cliffhanger. At the risk of making another mild statement – it succeeded. “The Two Towers” is perhaps the most impressive achievement of the trilogy from a storytelling perspective, in that it manages to expand upon all of the strongest elements of the first film while utilizing a more approach structure. Jackson may have had his reservations about how to handle the material, but you’d never know it based on how masterfully he’s able to line everything up.

“The Two Towers” picks up right where “The Fellowship of the Ring” left off and expands upon the moment that Gandalf (Ian McKellen) seemingly fell to his death. Instead of a tragic descent, the wizard proceeds to lay waste to the Balrog that took him down to begin with. It’s a crowd-pleasing moment out the gate and one that allows the viewer to settle in once it’s concluded so that the central focus of the film can come into play. “The Two Towers” splits screen time between a few different subplots. There’s Merry (Dominic Monaghan) and Pippin (Billy Boyd), who have been captured by the Uruk-hai and eventually find themselves on the run in the mystically dark Fangorn Forest, where they encounter Treebeard (voiced by John Rhys-Davies); there’s the ranger Aragorn (Viggo Mortensen), who’s teamed up with the elf Legolas (Orlando Bloom) and Gimli (John Rhys-Davies) the dwarf, to find the aforementioned Hobbits and bring them back to safety as they make their way into the horse kingdom of Rohan; then there’s Frodo (Elijah Wood) and Samwise (Sean Astin) who encounter the sickly, ring-obsessed Gollum (Andy Serkis) with a split personality on their journey to destroy the ring. There’s less of an emphasis on magic and supernatural elements here, which not only helps to ground the staging of each scene but allows for more character-based interactions.

There’s an increase of humor in the film, most notably in the pseudo-rivalry between Legolas and Gimli. It’s not hammered to the point of annoyance but rather incorporated in a way that acknowledges the previously established tensions between their people and does something clever with it. Little to none of the humor is present for its own sake; there’s always a secondary meaning that sheds light on a character or brings two characters closer together. Gimli is remembered for having the lion’s share of laughs in the franchise, but that really starts here and sets him apart from his more grizzled demeanor in the first film.

The performances are uniformly excellent. Mortensen is soulfulness personified as Aragorn, eschewing the traditional masculinity of movie warriors for something much more thoughtful and three-dimensional. Even in scenes of carnage, he maintains confidence, which makes it easy to see why so many follow him into battle. Elsewhere, Wood is given more to play with here than in the first film. There are moments, especially towards the back end of the film, where we see the ring start to take hold of him, and the conflicted nature in his actions (the climactic scene with Sam after coming face to face with the Nazgûl comes to mind) could have been massively overplayed in the wrong hands. He does so much of his communicating through his eyes, and the result is something that feels frightening and intimate rather than melodramatic.

To single out every strong performance would be to list every cast member credited in the film. There’s Bernard Hill’s Shakespearean performance as the weathered king of Rohan, Théoden. There’s Sean Astin’s heartwarming portrayal of Sam. I will say that “The Two Towers” (and “The Lord of the Rings” as a whole) boasts one of the most impressive and versatile cast ensembles ever assembled. People shine with only a few lines of dialogue or, in the case of Andy Serkis, without their faces ever being shown. The CGI on Gollum may have aged in the twenty years since the film’s premiere, but one thing that remains timeless is Serkis’s searing performance. His ability to go back and forth between Gollum and Smeagle at a moment’s notice is a sight to behold, and his ability to generate sympathy for such a grotesque creature are significant reasons why the character is still being referenced to this day.

Jackson’s use of New Zealand landscapes, in conjunction with models and CGI, remains as breathtaking as ever. The kingdom of Rohan is all built from the ground up (in one case, the city of Edoras was actually built on top of a mountain) with a precision to detail that is unlike anything else you typically see today. The practicality of the franchise can often be forgotten when thinking of all of the technical strides it made. Still, the effects in “The Two Towers” work so well because they’re seamlessly incorporated into practical and real-world sets. There’s a tactile quality to Middle Earth that can’t be recreated on a computer, and that goes for the overhead scenery in the opener and the bone-crunching majesty of the Battle at Helm’s Deep.

The battle holds up as one of the most remarkable depictions of onscreen warfare in cinematic history. The choreography and the cutaways are all masterfully deployed, but it’s the anticipation leading up to it that truly elevates it to all-time status. Howard Shore’s score is breathtaking throughout most of the film, but in the moments leading up to the Battle at Helm’s Deep, it goes silent, and the viewer is left to sit and wait in silence. The sprinkling of rain, followed by the approaching footsteps of the Orcs, is the only thing that can be heard, and the effect is devastating. It’s a prime example of less is more and another prime example of Jackson’s excellent discernment as a storyteller.

It’s not easy to find issues with “The Two Towers”, but if I were to single out an element that is weaker than the rest, I would settle on the subplot, as mentioned earlier, involving Merry and Pippin. The performances are strong, and their union with Treebeard and the Ents is essential to the overall story. Still, the scenes themselves lag in comparison to the propulsive action taking place elsewhere—a slight misstep in an otherwise impressively lean epic.

“The Two Towers” is a staggering achievement, regardless of which angle of analysis you want to approach it. It’s entertaining, thoughtful, technical, emotional, exhilarating, and structurally inventive, given the changes Jackson made from the source material (choosing to end the film earlier than the book was a gamble that paid off). It belongs on a short list of greatest sequels of all time and is the single greatest table-setter for a third film ever released.