The Lessons I Learned From The 90th Academy Awards 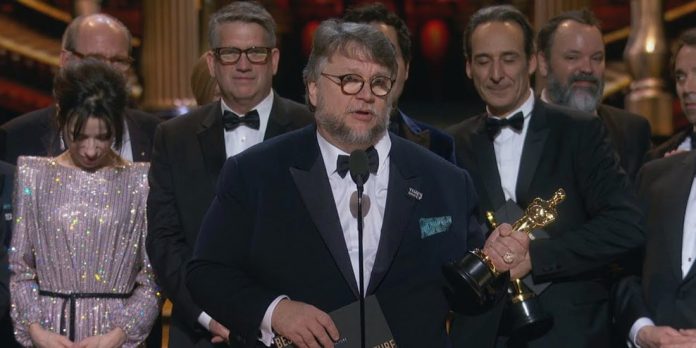 ​It’s been said and done. The outcomes of the two most competitive Oscar races have their resolutions: “The Shape Of Water” has won Best Picture and “Get Out” won Best Original Screenplay.

The two nail-biting categories were riddled with films splitting the major precursors or the frontrunners missing key ingredients that a movie typically needs to win Best Picture. Predicting these two categories was rough, especially Best Picture. Each of the three films, “The Shape Of Water,” “Get Out,” and “Three Billboards Outside Ebbing, Missouri” had credible reasons why one ought to have predicted it over the others. And each had strikes against them. Whichever way you turned, there wasn’t a solid answer. A stat was going down, and some new precedent was being set this year. Our job as predictors became figuring out which film to throw a dart at with our eyes closed.

I wrote several pieces on this blog over the past six months, analyzing the Best Picture race and projecting possible outcomes. In October, I suggested, “Three Billboards Outside Ebbing, Missouri” would take the lead with award season. (Funnily, after everything we saw at Golden Globes, SAG, and BAFTA, it may have won Best Picture voting through the old plurality system, pre-2012.) The film was released to a low profile. So, I moved on to “The Post,” which kept failing to win precursor nominations due to lack of exposure and excitement. Then, everyone had the revelation that “Lady Bird” may prevail due to the preferential ballot. Subsequently, “Lady Bird” struggled to gain traction with winning precursor awards and it ran out of steam. Then, “The Shape Of Water” won the PGA and DGA, and most moved it into the frontrunner status, realizing its potential on the preferential ballot. Once voting began, already having swept the SAG awards and won the majority of the Golden Globes, “Three Billboards Outside Ebbing, Missouri” took home five BAFTA awards (Both Best Film and Best British Film), and “Get Out” found success at the WGA and most recently the Independent Spirit awards.

“The Shape Of Water” won on the preferential ballot at the PGA, and most films that win PGA in tandem with the DGA, go on to win Best Picture. Perhaps this biggest lesson learned is, if there is ever a race in the future like the one we had this season, where different films had solid support in different areas, the DGA/PGA combo is more powerful than any grouping of SAG/BAFTA/Golden Globe or WGA/Independent Spirit. Take each year as they come with their own unique set of circumstances, but if things are crazy, the DGA/PGA is the powerful predictor to remember (Despite it not working for “La La Land” last year. Can’t win em’ all).

Perhaps the most discussed and high-profile statistic that died last night at the Academy Awards was the once-omnipotent SAG Cast Ensemble record. When “La La Land” lost last year, that was the big lesson most of us took away from the season, that if a film does not have a SAG nomination, it indicates lacking support from the acting branch, thereby making it ineligible for the Best Picture win. For the first time since “Braveheart,” a film has won Best Picture without having a SAG Cast Ensemble nomination. (The ironic thing about this is, “The Shape Of Water” has a killer cast ensemble, so of all films to break this record, it’s just odd that it’s this one.)

The degree to which this matters lies in the eyes of each pundit and predictor. Some may say, “Throw away the importance of SAG cast ensemble all together, since it’s not really a Best Picture win, anyway!” Or they may believe, as I do, that SAG Cast Ensemble category will still be an important perspective to look from, since actors are the largest voting segment of the Academy. However, attaining a Cast Ensemble nomination is no longer the be-all, end-all to win Best Picture at the Oscars. “The Shape Of Water” would have been an easier win to predict had “La La Land” broken the SAG Cast Ensemble stat last year; we know now the loss of “La La Land” can be more heavily blamed on the backlash it endured, not a lacking enthusiasm from the acting branch.

The funny thing is, most of us who did not pick “The Shape Of Water” changed our minds in the final two weeks before the ceremony, due to last-minute twists in the race. Before those turn of events, most of us were thinking “The Shape Of Water.” I certainly was. I didn’t change from “The Shape Of Water” to “Three Billboards Outside Ebbing, Missouri” until the very end, in the middle of voting. The lesson learned here is, taking big leaps out of a safety zone could (And will) conclude in problematic results. And if a film is divisive, the preferential ballot is harder to beat than it looks. No matter how much it’s loved, it’s equally hated. I had good reason to predict “Three Billboards Outside Ebbing, Missouri,” though – its support had depth and no film had been embraced so widely since “Argo” at the televised precursors.

A final lesson learned is one from which a lot of people wanting to turn away. Many pundits have basked in the fact that the Independent Spirit Awards have become a consistent predictor of what will win Best Picture. “Moonlight,” “Spotlight,” “Birdman,” “12 Years a Slave,” and “The Artist” both won Best Feature from the Independent Spirit Awards before going on to win Best Picture at the Oscars. “Argo” was not nominated, so “Silver Linings Playbook won in 2012. Otherwise, they have predicted the correct Best Picture winner since 2011. When “Get Out” won Best Feature the night before the Oscars, many thought this was the sign that it would duplicate the success at the Academy Awards. “Get Out” failed to do so, indicating, this record is more of a coincidence. What’s odd though is neither “The Shape Of Water” nor “Three Billboards Outside Ebbing, Missouri” were nominated in Best Feature, just like “Argo” in 2012, which perhaps leaves room for interpretation on the importance of the Independent Spirit Awards importance in predicting Best Picture.

Either way, a lesson or two was learned and on we go.