​Looking Forward To The Potential Oscar Contenders In 2018 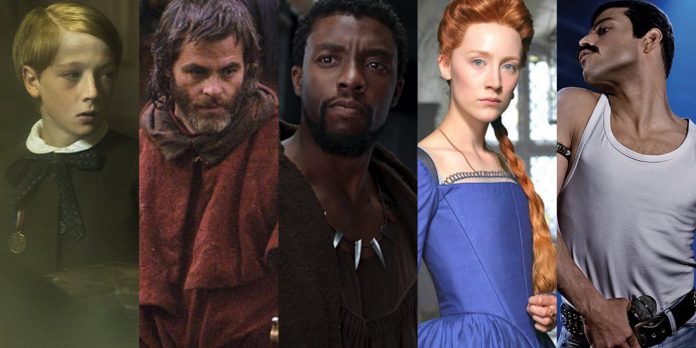 ​The 90th Academy Awards are officially finished, with “The Shape Of Water” finally taking home the big prize. Of course, it’s never too early to look forward to next year’s contenders! Okay, maybe it is too early, but stick with me anyway. Let’s look ahead to some potentially great films from 2018 that might be in contention at the 91st Academy Awards.

Click below to see the films we think have the most Oscar potential as we move through 2018.

Damien Chazelle’s first film after his huge hit (and momentary Best Picture winner) “La La Land,” “First Man,” stars Ryan Gosling as the first man to walk on the moon, Neil Armstrong. The project was written by Josh Singer, whose last two films were “Spotlight” and “The Post.” It will be interesting to see Chazelle’s first non-music-centered film. This promises to be a huge contender at next year’s awards. 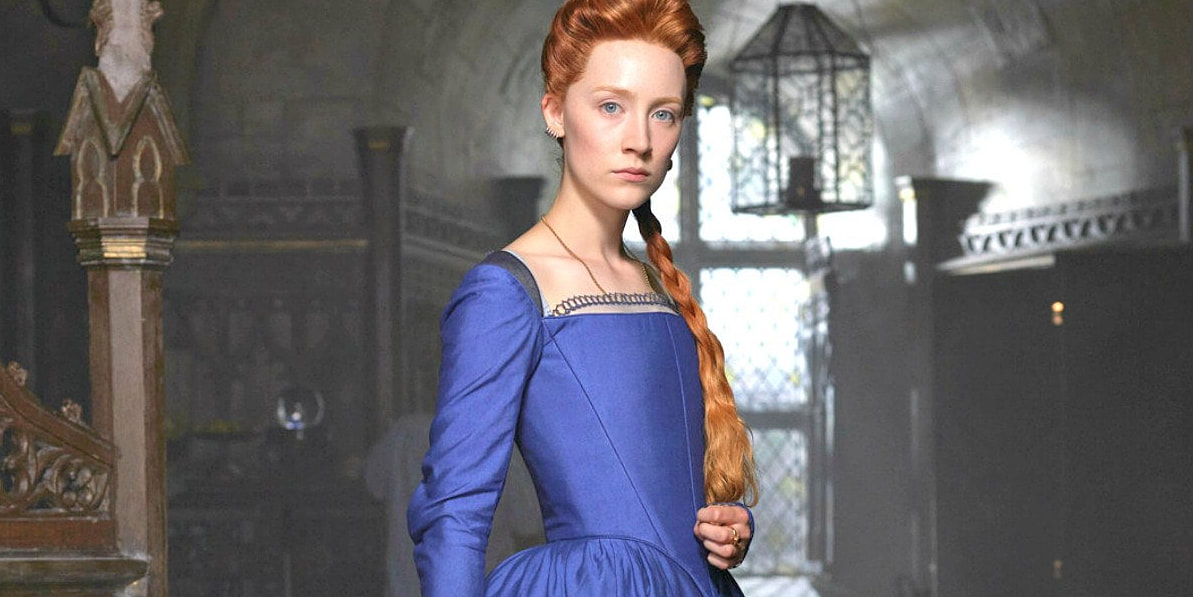 Oscar nominees Saoirse Ronan and Margot Robbie will join together for this film about Mary Stuart’s attempts to overthrow Queen Elizabeth I. This could be right up the Academy’s alley if executed properly. This will be the debut of director Josie Rourke, who comes from the world of theater.

Steve McQueen’s first film since his Best Picture-winning “12 Years A Slave” boasts one of the best casts of the year. Viola Davis, Michelle Rodriguez, Daniel Kaluuya, Liam Neeson, Carrie Coon, Colin Farrell, Robert Duvall, Jon Bernthal, Jackie Weaver, Elizabeth Debicki, Brian Tyree Henry, and MORE. It’s also got a fantastic premise: After four men die, leaving behind a debt that must be paid, their widows must band together and find a way to pay the debt. This sounds like a really interesting project that could pay off in McQueen’s hands. 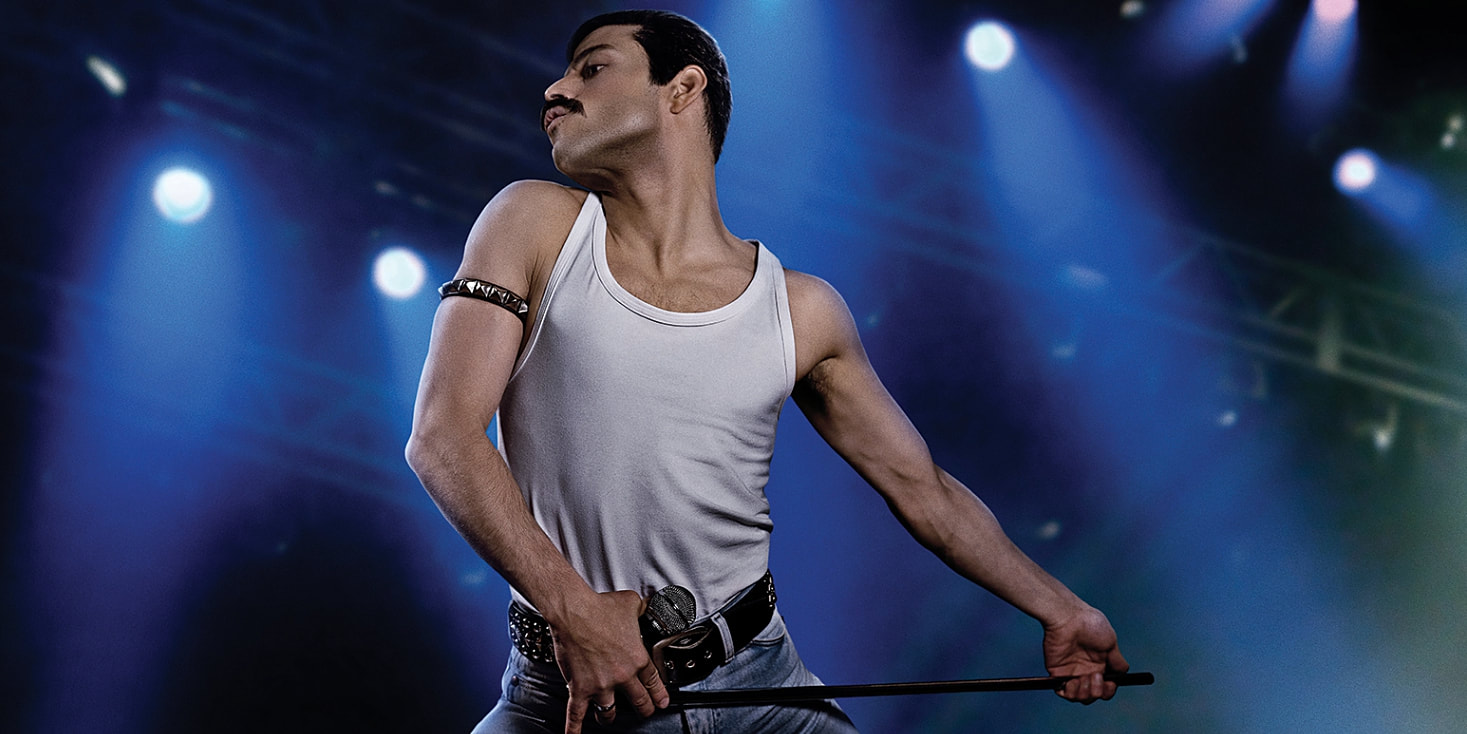 Another movie right up the Academy’s alley, this biopic about Queen frontman Freddie Mercury stars Rami Malek in the showy role. This film has had a troubled production, with Bryan Singer helming most of the film before being removed due to erratic behavior. “Eddie The Eagle” director Dexter Fletcher has taken the reins. It could be a disaster, or it could be an easy acting nomination.

Richard Linklater can be hit or miss with the Academy, but even his lesser projects are generally worth looking out for. “Where’d You Go Bernadette” follows a 15-year-old girl’s search for her missing agoraphobic mother. Cate Blanchett plays the mother and is joined by Kristen Wiig, Judy Greer, Billy Crudup, Laurence Fishburne, and more. Will this be more “Everybody Wants Some!!” or “Boyhood”? Either way, we’ll keep this on the radar. 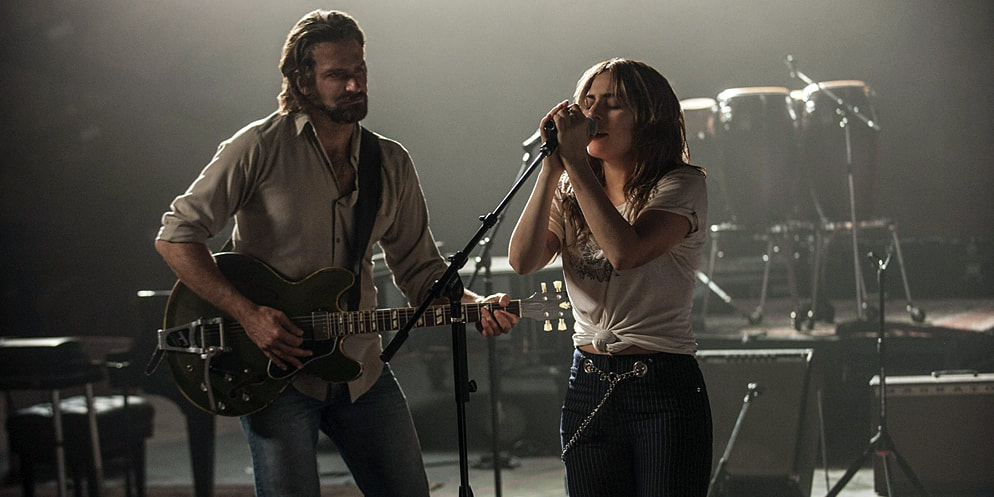 Bradley Cooper makes his directorial debut and stars alongside Lady Gaga in this remake. It’s been on the radar for quite some time, and will finally come out this year. Cooper stars as an aging (?) rock star who helps a young singer find fame, as his own issues begin to wear on him. Cooper’s worked with plenty of fantastic directors, and that experience could help make this a fantastic project.

After a spectacular directorial debut “The Gift,” Joel Edgerton returns with a potentially powerful film. Lucas Hedges stars as a boy forced to undergo conversion therapy by his mother (Nicole Kidman) and pastor (Edgerton). Hedges has been killing it in his supporting roles and appeared in two Best Picture nominees this year. This could be a great project. 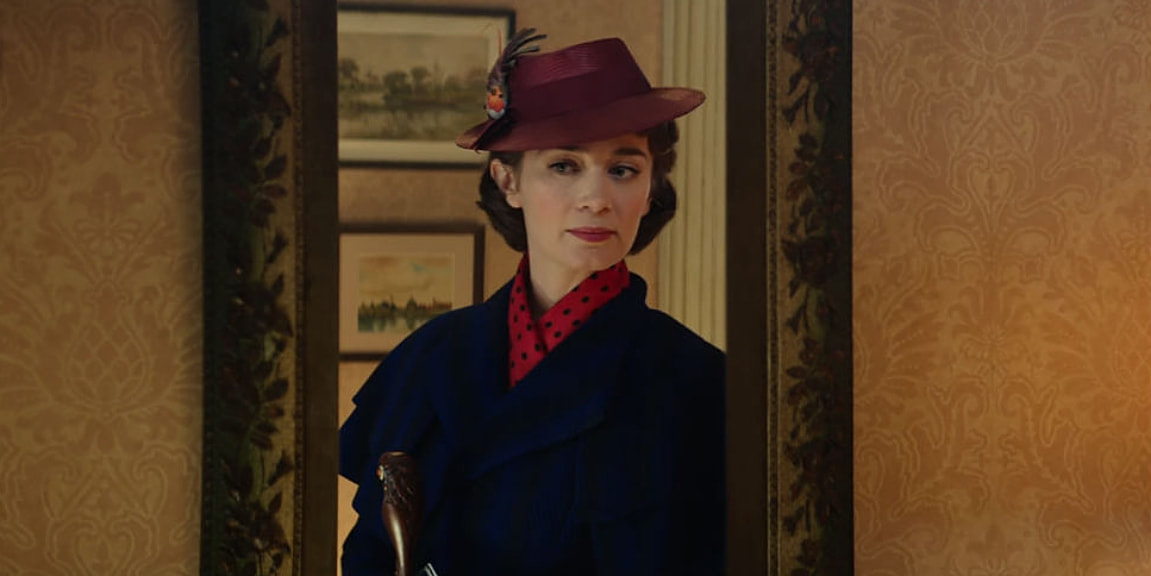 This one could easily just be a holiday blockbuster and Globes contender, but with Rob Marshall at the helm of a musical, it’s possible it gets Oscar attention. Emily Blunt stars as the iconic Mary Poppins, with Lin-Manuel Miranda, Colin Firth, Meryl Streep, and more in the cast. This could be great fun with excellent music.

Jeremy Saulnier’s first two films, “Blue Ruin” and “Green Room,” showcased the immense directing talent and a dark sensibility. His next effort, “Hold The Dark” will extend that darkness into the bleak Alaskan wilderness. Though his films haven’t yet received Academy Awards if this makes the right splash that could change. 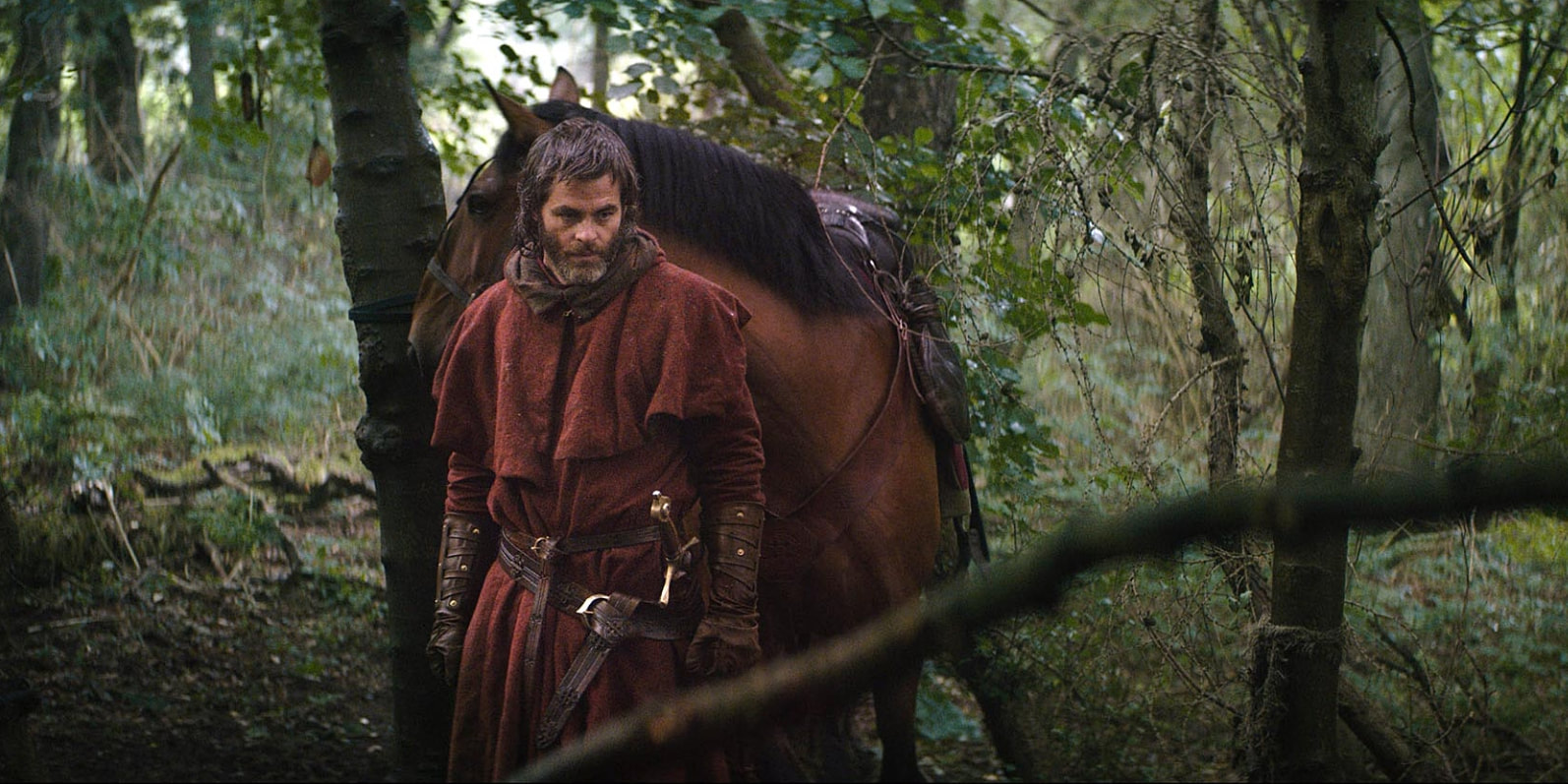 Netflix scored their first above-the-line nominations this year for “Mudbound,” but they’ve yet to break into Best Picture. Following up on his surprise hit “Hell Or High Water,” David Mackenzie moves into the medieval epic territory to tell the story of Robert The Bruce (Chris Pine) and the War for Scottish Independence. A version of this story already won Best Picture back in 1995 with “Braveheart.” Mackenzie has a lot of eyes on his next effort, as long as it can overcome the Netflix factor.

After his shocking Best Picture win for “Moonlight,” Barry Jenkins will tackle a James Baldwin adaptation. This film stars Kiki Layne as a woman who must prove her fiancée’s innocence after he’s accused of rape. Anything Barry Jenkins did next would make this list, but this could be especially great. 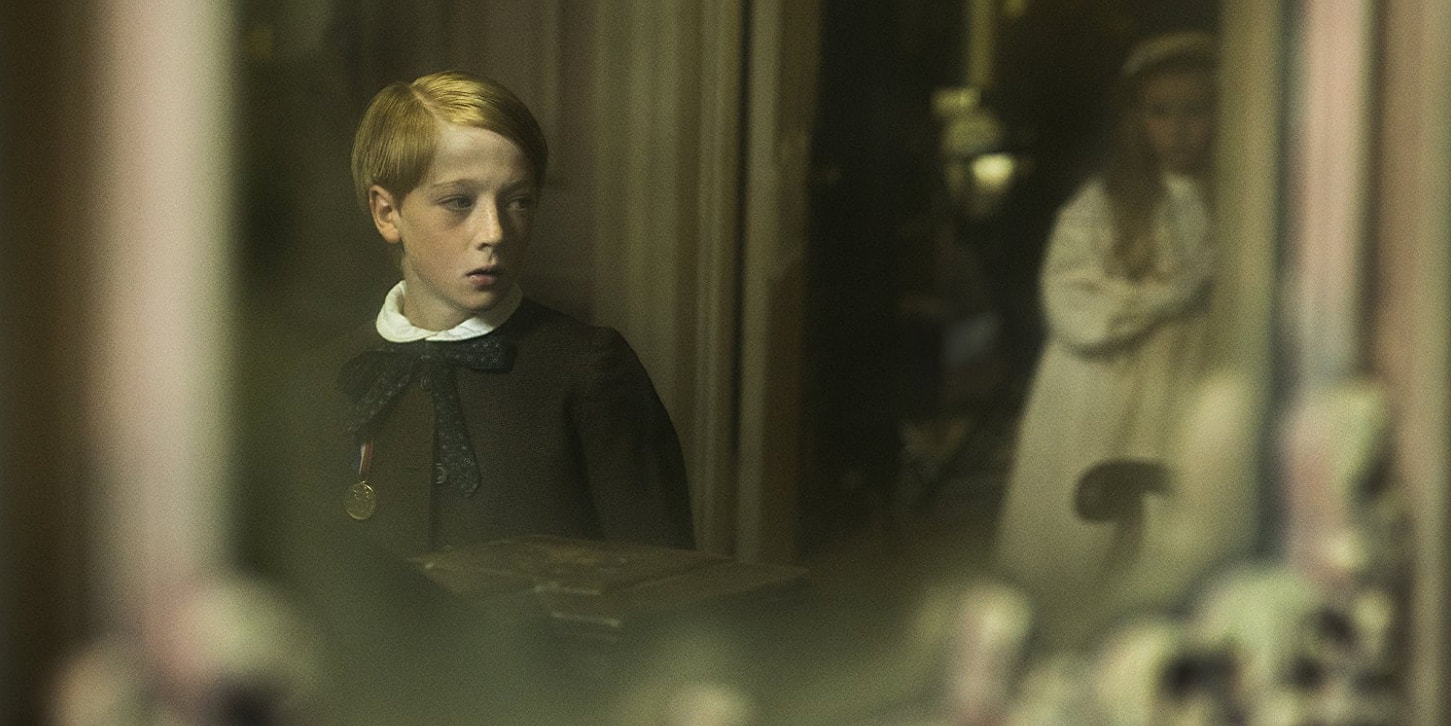 Though with a different director, this film might sound like it has no shot at Oscars, director Lenny Abrahamson’s “The Little Stranger” could be a surprise. It follows a family tormented by supernatural spirits. Abrahamson unexpectedly broke into Best Director with “Room” in 2015. Horror also made a triumphant return to the Oscars with “Get Out” this year, so maybe this film has a shot.

Following his unexpected Oscar contender “The Big Short,” Adam McKay’s “Backseat” promises another political comedy. Christian Bale will start as Vice President Dick Cheney, with freshly minted Oscar winner Sam Rockwell as George W. Bush, Steve Carell as Donald Rumsfeld, Amy Adams as Lynne Cheney, and more. This will be a major contender, it’s just a matter of narrowing down who will end up as the nominees.

Though he’s directed some of the best movies of all time, like “Back To The Future,” “Who Framed Roger Rabbit,” “Cast Away” and “Forrest Gump,” it’s been a while since Robert Zemeckis has seen much attention from the Academy. That may change this year with “The Women Of Marwen,” an adaptation of an acclaimed documentary. The film follows an artist (Steve Carell) who builds “an elaborate miniature World War II fantasy world” in his backyard. This is an oddball story that could be a wonderful fit for Carell and Zemeckis. 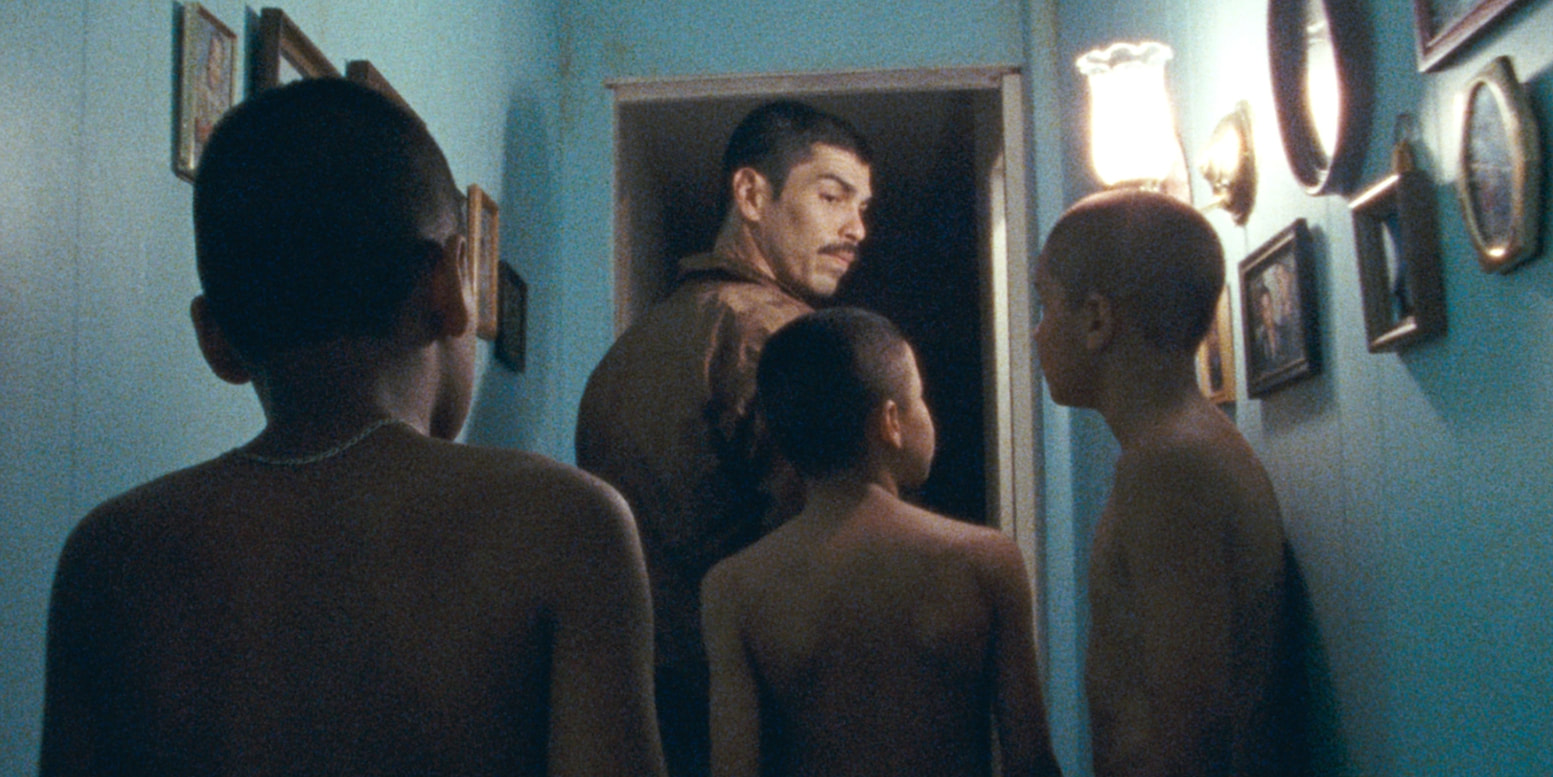 WE THE ANIMALS
Release Date: TBA

Some of our own staff at Next Best Picture believe that a few films from Sundance could make their way to the Oscars. The most likely is “We The Animals,” a film about childhood, growing up, and imaginary worlds. “Beasts Of The Southern Wild” was nominated for quite a few Oscars, and I’m being told by those who have seen it that this could follow the same path.

Alfonso Cuaron hasn’t had a film since his Best Director win for “Gravity,” and he returns this year with a smaller scale film set in Mexico in the 70s. There’s not much else known about the film, but it’s worth keeping an eye on.

Though he had more success with “The Lobster” than “The Killing Of A Sacred Deer,” Yorgos Lanthimos returns for the third year in a row with “The Favourite.” This film stars Emma Stone, Rachel Weisz, Nicholas Hoult, and Olivia Coleman, and promises to be another strange trip into Lantimos’ brain. 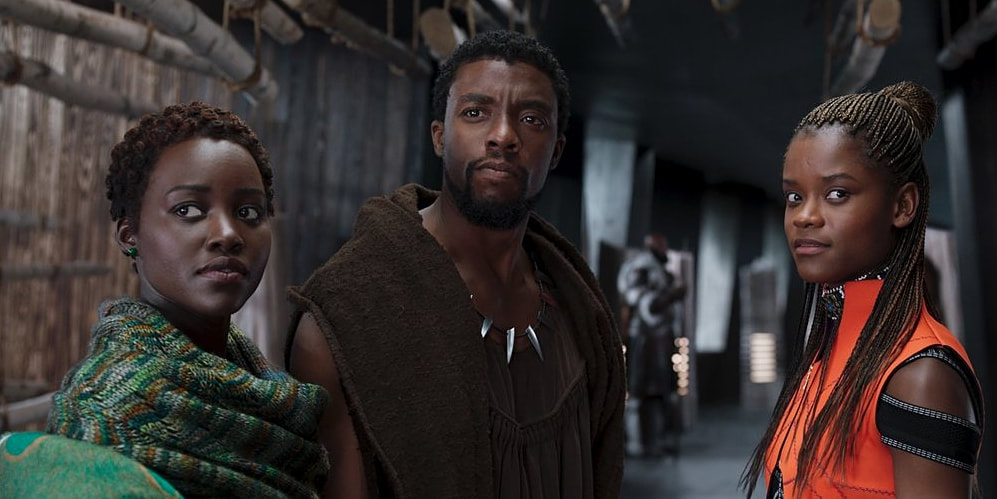 Okay, okay, everyone’s been writing about “Black Panther” recently, so we should add it here too. Can box-office juggernaut get any love from the Academy next year? No superhero film has ever been nominated for Best Picture, so it certainly has an uphill battle. As with any superhero film, it’ll be on the lists for the techs. The real question is whether it can make it into the above-the-line categories.

There are still plenty of other films worth considering such as “Hereditary” (Best Actress – Toni Collette), “Ready Player One” (Best Visual Effects), “Isle Of Dogs” (Best Animated Feature) and many more! Keep an eye on all of these films throughout 2018! We’ll revisit this list as next year’s Oscars approach to see how this list turns out. As always, Next Best Picture will keep you updated on all awards coverage, so stick around as we update our predictions on the site. Tell us in the comments below which films you think will be a serious Oscar contender in 2018.