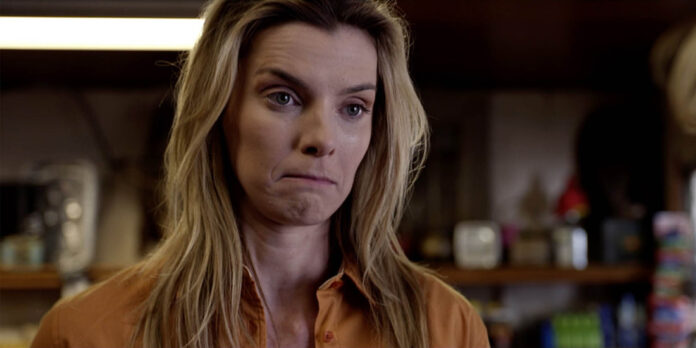 THE STORY – Twelve strangers wake up in a clearing. They don’t know where they are — or how they got there. In the shadow of a dark internet conspiracy theory, ruthless elitists gather at a remote location to hunt humans for sport. But their master plan is about to be derailed when one of the hunted, Crystal, turns the tables on her pursuers.

Sometimes, though a film’s quality stands separate from outside controversies, it can be hard to separate the two. While Donald Trump’s comments led to the cancellation of “The Hunt” last fall, that shouldn’t have an impact on one’s opinion of the film. Yet, it’s hard to ignore Trump’s tweets while watching this political satire. It’s a film that takes shots at all sides of the political spectrum, promising to anger many. Does it deserve the continued outrage from conservatives? Does that affect whether the film is any good? The honest answer is that the film doesn’t take a strong enough stand in any one direction to deserve strong reactions. It takes shots at everyone without saying much of anything.

Released after a seven-month delay, “The Hunt,” adapted from Richard Connell’s “The Most Dangerous Game,” immediately lets you know that it’s a film about our current political climate. The opening scene shows a text thread in which characters berate the President (unnamed, but I mean, come on). The characters proceed to proclaim their excitement about killing “deplorables” at The Manor. These opening moments promise that this film will have something incisive to say about America today, and it’s hard to not spend the rest of the film trying to decipher the message the filmmakers want to send.

As the film progresses, it turns into a fairly standard but lightly enjoyable thriller. Eleven strangers wake up in a forest gagged. Each of them appears to be some sort of southern stereotype in some form or fashion. They find an open field with a large wooden box in the middle. After opening it to find a small pig (and a small arsenal), they find themselves under fire. They’re being hunted, though they have no clue why. We quickly understand the basic premise: liberal elites are hunting conservatives for sport. “The Hunt” does an excellent job of keeping you on your toes, never knowing who is safe as they try to evade their hunters. We soon begin following Crystal (Betty Gilpin) as she tries to escape.

Gilpin’s performance is one of the best things about “The Hunt.” She’s quiet, mysterious, badass, and just the perfect amount of crazy. Crystal is southern, yes, but doesn’t appear to have the same stereotypical “redneck” attributes that some of the others have. The film hits its stride as we focus on Crystal trying to figure out what’s going on. The film never shies away from its brutal kills, which keeps the action thrilling, if still forgettable.

The film also never approaches subtlety. It skewers both conservative ultra-Trumpers (the group being hunted) and ultra-PC woke liberals, but the jokes are so incredibly obvious that it’s never witty or interesting.

“I forwarded that to 50 friends, but it’s not like I actually believed it.”

“We’re gonna be on Hannity!”

All of these lines are delivered sincerely. We’ve heard these jokes time and time again from both sides of the aisle. This film builds such a boring thesis: we’re all awful. Hey, maybe it’s true, but by making such broad jokes aimed at the right and the left, it misses any difficult target. By the end of the film, the message isn’t any clearer than that.

As a comedic thriller, “The Hunt” works well enough. Gilpin and the action keep the film watchable, especially for the short runtime. It’s quick, it’s light and fairly enjoyable. As a political satire, the film never gets any deeper. Perhaps that wouldn’t bother me so much if not for the controversy surrounding the film. Perhaps it’s unfair to judge the film with outside influence. Even so, the film doesn’t exist in a bubble. It’s a politically charged film that ends up with so little to say. It comments on the current era of misinformation, online trolls, and cancel culture, but adds nothing to the conversation. By skewering everyone, deserving or not, the film skewers no one. If you’re going to make a satire promising to anger everyone, you should come with a more insightful script.