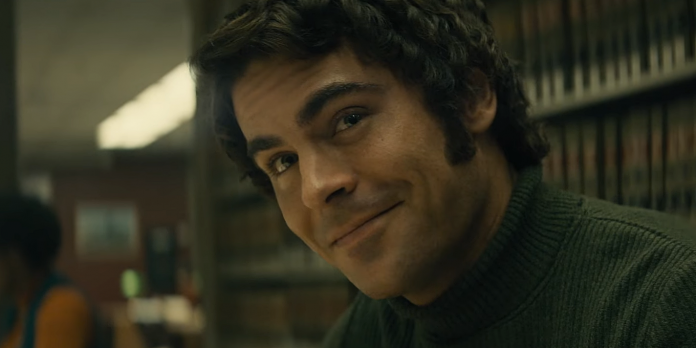 Netflix feels that Eddie Murphy is going to be a Best Actor contender this year, for what could be his comeback performance in this tale of “performer Rudy Ray Moore, who assumed the role of an iconic pimp named Dolemite during the 1970s.” In addition to Murphy, the film boasts an impressive ensemble cast including Keegan Michael Key, Wesley Snipes, Tituss Burgess, Craig Robinson, Chris Rock, T.I. and Mike Epps. Along with a screenplay from Scott Alexander and Larry Karazweski aka. the creators of “American Crime Story.” And Ruth E. Carter, fresh off her Oscar win for “Black Panther” is serving as costume designer for what will almost certainly be a very flashy period piece.

Although the Zac Efron-led Ted Bundy film wasn’t as well-reviewed overall as some of the biggest hits at Sundance 2019, Efron’s performance as the serial killer was universally acclaimed. As such, Netflix could potentially lead Efron to his first ever Oscar nomination.

Positioning the teaser trailer for a film that isn’t due to come out for months smack in the middle of an Oscars ceremony is certainly a statement. Netflix has reportedly poured over $100 million into Scorsese’s latest film, a crime epic that includes actors like Al Pacino, Robert DeNiro, Joe Pesci, Anna Paquin, Jesse Plemons, Ray Romano, Bobby Cannavale, and Harvey Keitel. We’ve seen time and time again that Scorsese and crime mix well with Oscar success, especially when incredible actors like these are involved. Add in the fact that reportedly half of the film features groundbreaking CGI-work to de-age the cast members, a screenplay by Oscar-winning screenwriter Steven Zaillian (“Schindler’s List”) and we can all but guarantee the film will be a conversation starter. Given the track record of everyone involved, expect this to be a factor in next year’s race. Netflix is reportedly already looking for ways to ensure the film gets a lengthy theatrical release, so as to minimize the streaming stigma that may have hamstrung “Roma” this year.

David Michod’s first Netflix outing (“War Machine”) was a bit of a misfire, but the filmmaker’s previous outings such as “Animal Kingdom” and “The Rover” leave no doubt to his talent. Saddle him with an amazing cast that includes Timothee Chalamet, Ben Mendelsohn, Joel Edgerton, Robert Pattinson, Lily-Rose Depp, Thomasin McKenzie, and Sean Harris, an Oscar-friendly producing team (Brad Pitt’s Plan B), and an amazing below the line team including “The Favourite’s” Oscar Nominated Production Designer Fiona Crombie, Emmy Award Winning Cinematographer Adam Arkapaw (“True Detective” Season 1), the Oscar-winning makeup team from “Suicide Squad,” the Oscar-nominated VFX team from “Mad Max: Fury Road” and you have one hell of a promising project.

The Last Thing He Wanted

Netflix made their first Oscar waves the last time they worked with Dee Rees. Now, she’s back with a bigger budget and an A-list cast that includes Anne Hathaway, Ben Affleck, Willem Dafoe, Rosie Perez, and Toby Jones. As a political thriller, Rees’ new film will undoubtedly be different in tone and style from “Mudbound.” Accordingly, she’s brought on an A-list below-the-line team including costume designer Ane Crabtree. Never heard of her? She’s only the person behind the costumes for a few small shows like “Westworld” and “The Handmaid’s Tale.” In addition, the film’s production designer recently worked on “Suspiria.” In addition, Rees’ editing and composing collaborators are returning this time around.

Steven Soderbergh hasn’t brought a film to the Oscars in nearly 20 years, but his quality has remained consistent, especially when working with screenwriter Scott Z. Burns. With a most impressive ensemble cast, and a timely political theme (the recent “Panama Papers” scandal), the “The Laundromat” looks as though it could be this year’s “Spotlight” or at least this year’s “The Post.” The cast includes Meryl Streep, Gary Oldman, Antonio Banderas, Melissa Rauch, Alex Pettyfer, David Schwimmer, James Cromwell, Matthias Schoenaerts, Jeffrey Wright, Chris Parnell, Will Forte, and Robert Patrick. In short…the cast is outstanding. At the very least, look for this as a possible SAG ensemble contender.

Netflix is reportedly very excited about Baumbach’s next film and plans to give it a major Oscar campaign. The film stars Scarlett Johansson, Adam Driver, and Laura Dern. We don’t know much about it other than that it charts the course of a nasty divorce. But Baumbach is no stranger to the Oscars or to Netflix (“The Meyerowitz Stories“), and there is certainly a desire to see Johansson receive her first nomination and for Dern to receive her first win.

Screenwriter Anthony McCarten seems to have the Midas touch when it comes to penning Best Actor Oscar Winning parts. His last three scripts, “The Theory of Everything,” “Darkest Hour” and “Bohemian Rhapsody” have netted their leading men Oscars. Now throw two acclaimed British thespians his way in the form of Anthony Hopkins and Jonathan Pryce as dueling Popes, and place Fernando Meirelles, the amazing director of “City of God” behind the camera and you have an ungodly promising project (We’re all about Jonathan Pryce receiving an Oscar nomination and win too FYI). In addition, you have the incredibly talented Mark Tildesley serving as production designer. He’s beyond overdue for his first Oscar nomination (you saw his work in “Phantom Thread,” “Sunshine,” and “High-Rise” among other films), and you have 5-time Oscar nominated sound mixer Stuart Wilson in the sound department. He previously worked on “Skyfall” and pretty much all of the recent “Star Wars” and “Harry Potter” films.

The last of our potential Netflix contenders is, this project from Veteran TV writer Alan Yang, who has written for everything from “Parks and Recreation” to “Master of None” to “The Good Place.” He’s now making his directorial debut with a “multi-generational tale of one family from 1950’s Taiwan to present day New York.” John Cho will be playing the lead role and with recent acclaimed turns in “Columbus” and “Searching,” we feel very strongly he could be heading for his first nomination very soon at some point.

Beyond all of this, Netflix will no doubt have a slew of animated films and documentaries in play for next year’s Oscars. We already know they have the acclaimed “Knock Down the House” and “American Factory,” both of which could be major Best Documentary contenders. So, after establishing their campaign bona fides, will Netflix return to storm the Oscars next year? Well…it certainly looks like it.

Did you feel Netflix came close for a Best Picture this year with “Roma?” Which of the above contenders do you feel has the best shot at being the streaming service’s best awards player this year? Let us know your thoughts in the comments section below or on our Twitter account.