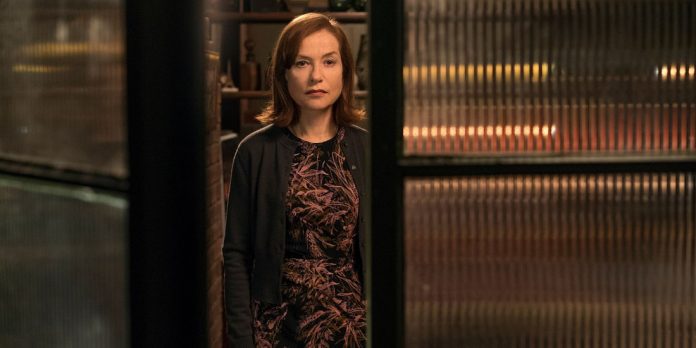 Nobody appreciates a stalker in real life, but films about stalkers are another story altogether. From the finely-tuned suspense to the shocking displays of aggression, films about stalkers can provide audiences with excitement and tales of caution. Especially when the stalker in question is played by a beloved actor or a star typically known for playing dashing heroes.

With the chilling drama “Greta” set for release this week, we decided to relocate our family and hide all our pets (especially rabbits), and assemble the creepiest cases of obsession ever put to film. Here are Next Best Picture’s Top Stalker Movies. 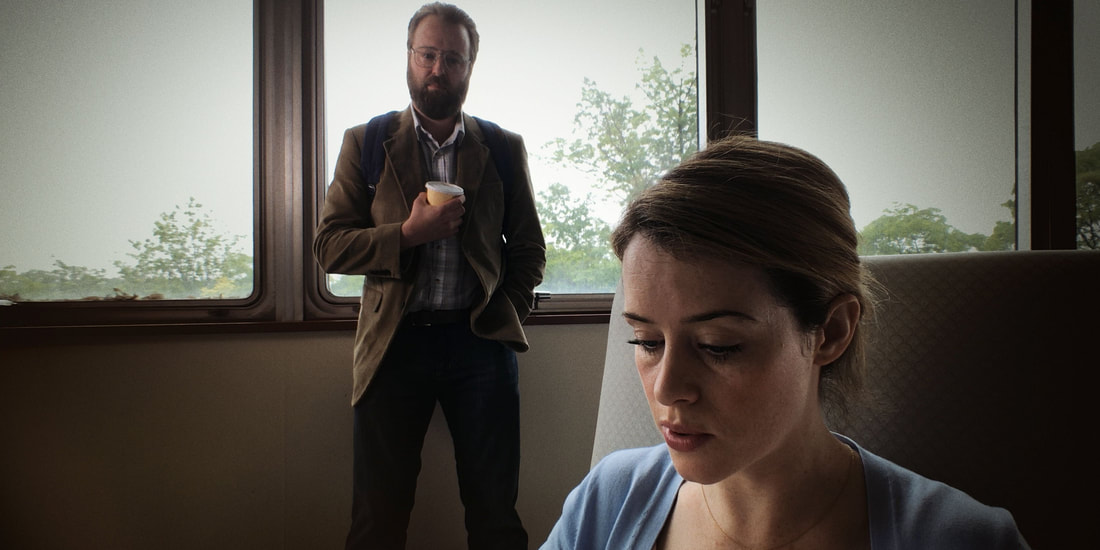 The most recent film to crack the list, 2018’s “Unsane” is perhaps the most unsettling as well. Claire Foy gives a stunning performance as Sawyer, a woman driven to a mental institution by her alleged stalker, only to find that the stalker may be one of her guards.

The stark color palette keeps the audience on edge, while the twitchy camerawork by director Steven Soderbergh (who shot the film on the iPhone 7 Plus) perfectly conveys the confusion and nauseating uncertainty that Sawyer is facing. There is not a comfortable moment in the film, and it’s a testament to both Foy and Soderbergh that they keep this rigid tension going until the final frame. 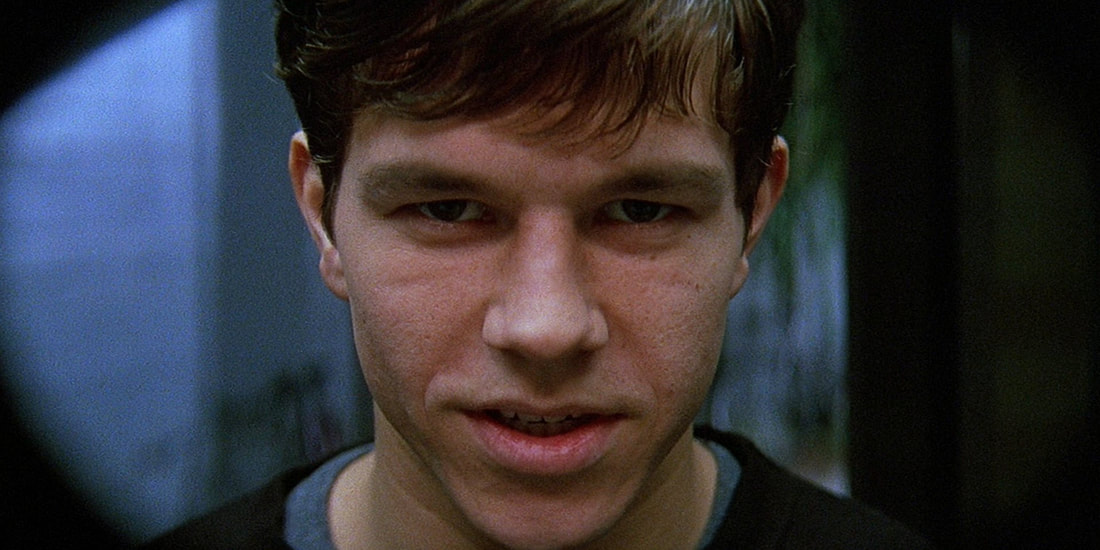 Mark Wahlberg has played so many heroes in Michael Bay and Peter Berg films that it’s easy to forget what a fun villain he can be. And rarely did he get to be as bad as when he went full stalker in 1996’s “Fear.” Wahlberg plays David, a seemingly perfect guy who sweeps the wealthy Nicole (Reese Witherspoon) off her feet. The more Nicole learns about David, however, the more she realizes how dangerous he is.

“Fear” was no critical darling when it came out, and there are some cheesy moments, but the performances hold up and the dated qualities of the film have become endearing with time. Besides, seeing a dead-eyed Wahlberg stare through a peephole and talk about nature’s course is still enough to spark nightmares. Don’t ever let someone like him into the house. 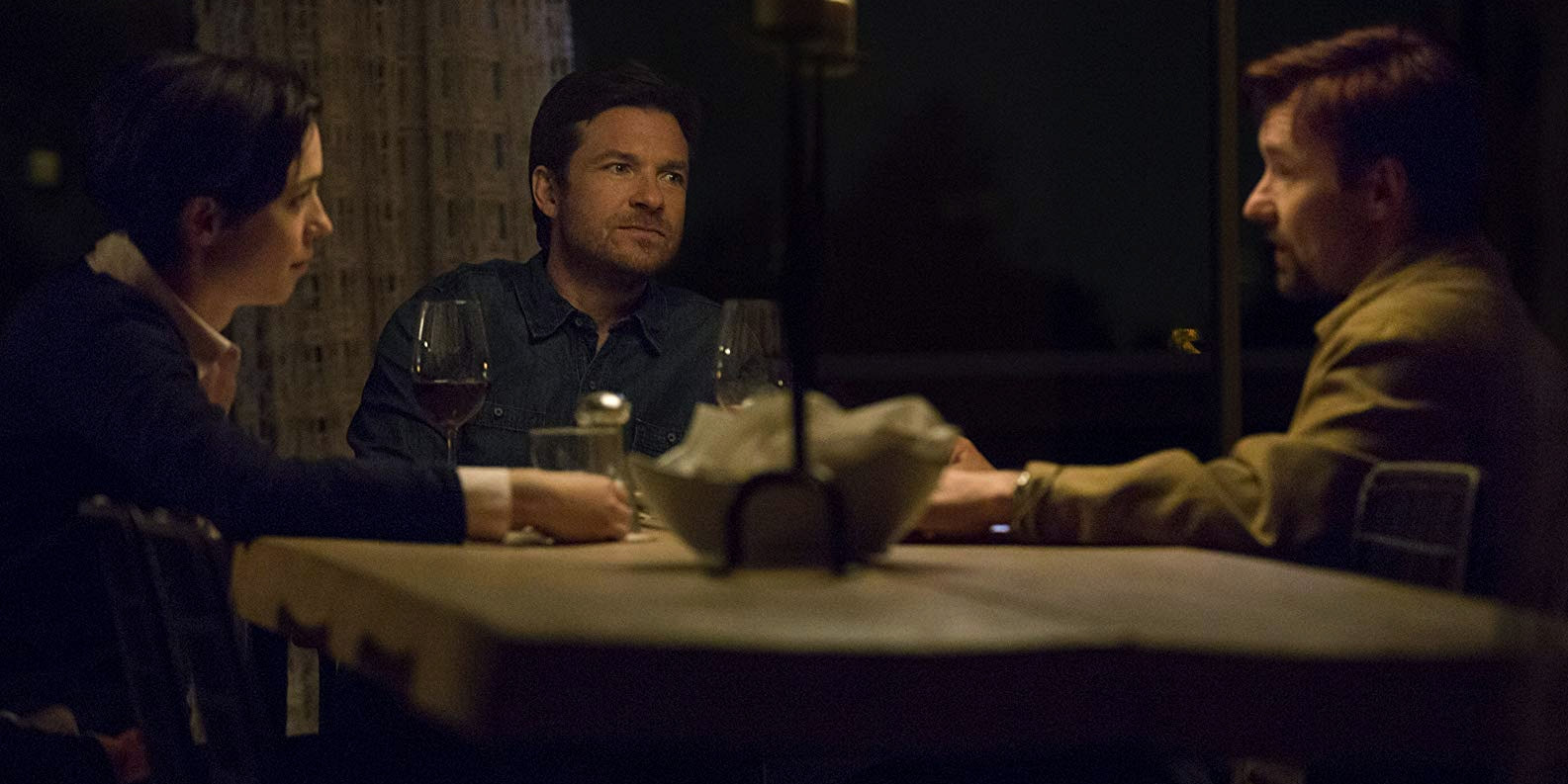 “The Gift” has tons of surprises. Not only does the film itself pack a series of shocking revelations, but few could predict that Joel Edgerton, an actor best known for playing strapping heroes and brawlers, could play such an effective stalker. As Gordo, a loner who worms his way into the life of married couple Simon (Jason Bateman) and Robyn (Rebecca Hall), he delivers an unnerving performance.

This is compounded by Edgerton’s skillful direction, which allows the characters and the plot to develop in interesting ways, as well as examine the perverse relationship between the bully and the person being bullied. That said, Gordo is really the worst when it comes to giving gifts. 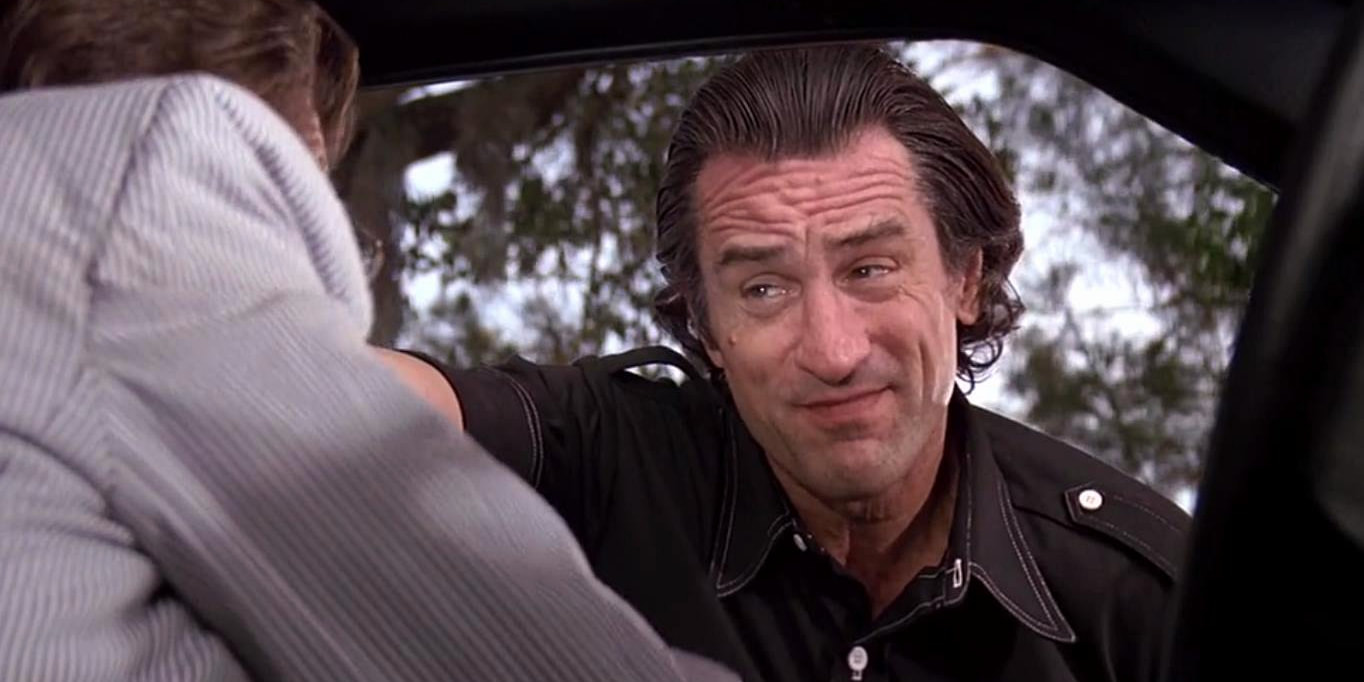 While I’m partial to the 1962 original, Martin Scorsese’s remake of the classic thriller takes its own unique approach. The film details the deadly struggle between Sam Bowden (Nick Nolte), a morally weak lawyer, and Max Cady (Robert De Niro), a violent criminal who seeks revenge for being put away. Cady sets about terrorizing Bowden any way he can, from seducing his teen daughter (Juliette Lewis) to murdering his housekeeper (Zully Montero).

Say what you will about Cady, but the man is a dedicated stalker. He literally clings to the bottom of a car and rides for hours in silence. A moving car. For hours. That’s the single most disturbing thing any of the wackos on this list have attempted. Cady wins the gold, even if his film doesn’t. 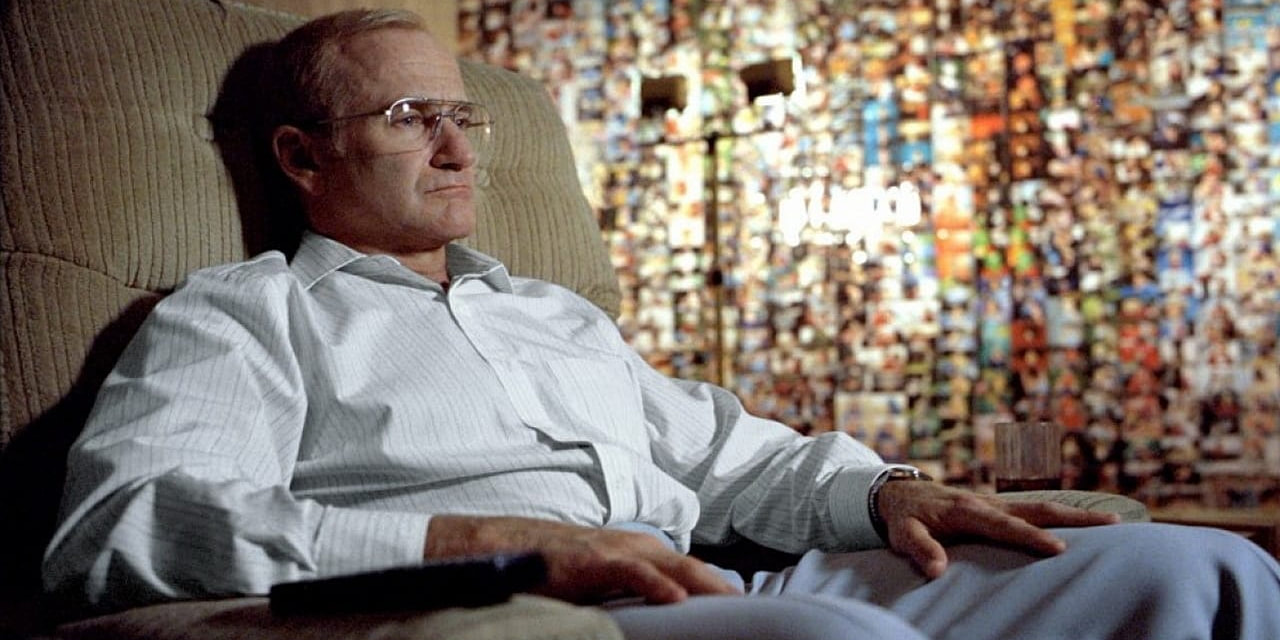 Robin Williams was one of the most lovable and charismatic actors to ever appear on film. He could put a smile on anybody’s face in a matter of seconds. Which is why his performance in 2002’s “One Hour Photo” is such a revelation. As Cy Parrish, the delusional photo technician who becomes obsessed with a local family, Williams turns his lovable screen persona on its head.

What makes the film special, beyond the casting of its star, is the way in which it humanizes its antagonist. Cy is deeply disturbed and eventually turns to violence to vent his frustrations, but the film never outright condemns him. It forces us as viewers to empathize with him, to feel his pain, and in doing so, stands out from so many other stalker flicks. 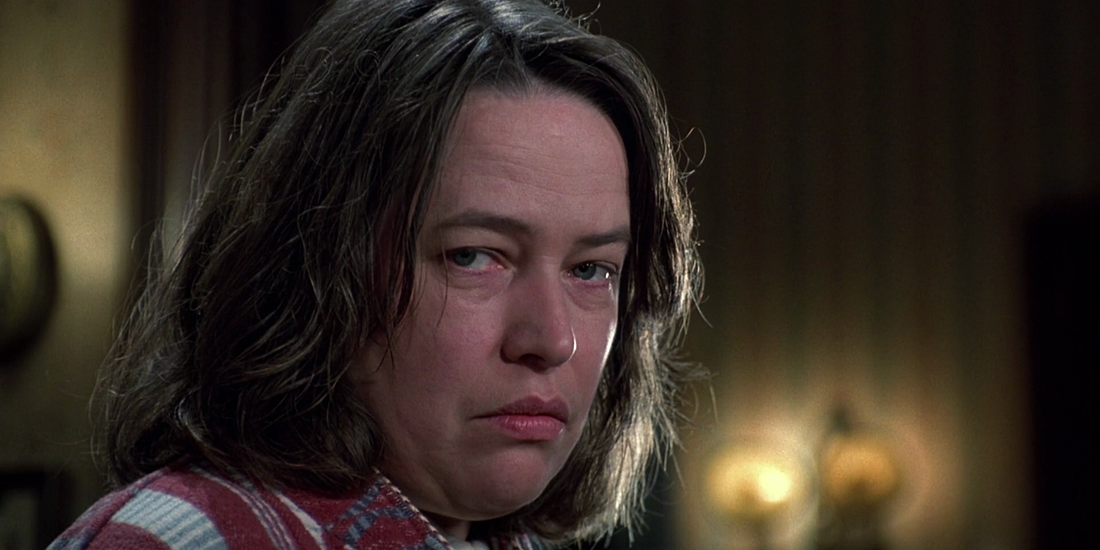 1990’s “Misery” is a brilliant film because of how differently it frames the relationship between the stalker and the victim. Rather than stage a game of cat-and-mouse, the film forces its characters to interact the entire time; making for a pressure cooker of tension and potential violence. The result is one of the finest (and most frightening) Stephen King adaptations to date.

James Caan gives a knockout performance as the injured writer who’s been kidnapped and forced to “repair” the ending of his last novel. But as we all know, this film is about Kathy Bates, who took home the Best Actress Oscar for her turn as an obsessed fan who alternates between girlish charm and sadistic outbursts. It’s a performance that will stay with you long after the credits have rolled. 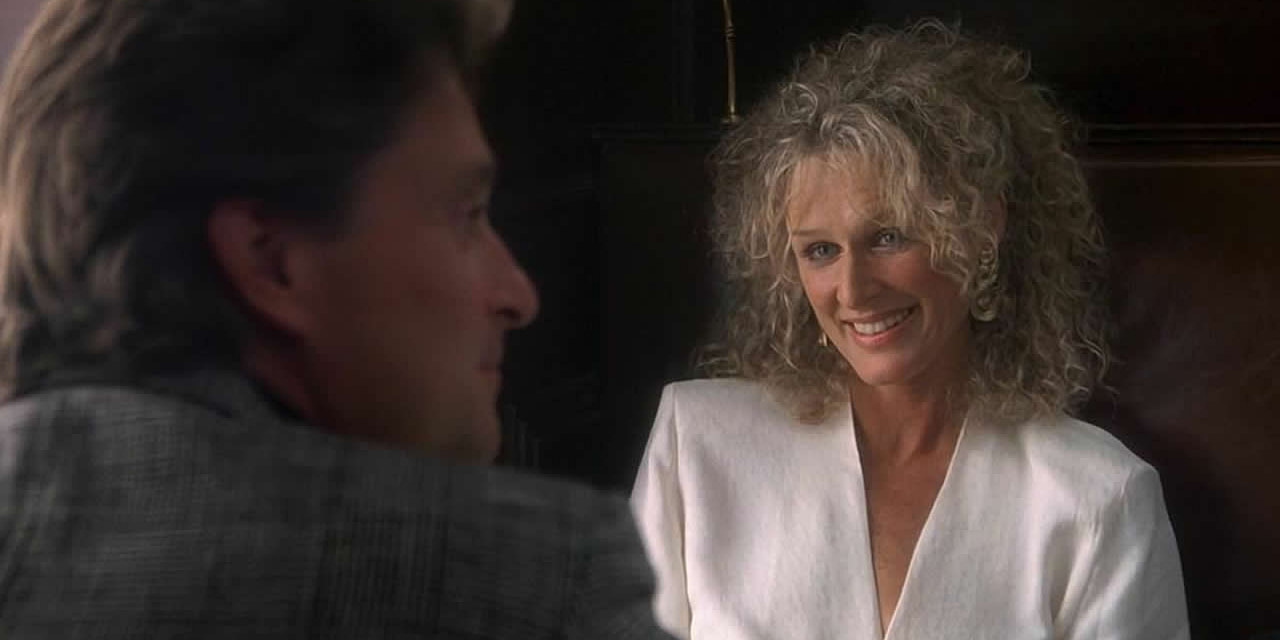 There is no better stalker film than “Fatal Attraction.” A perfect storm of direction and casting, this 1987 classic follows Dan (Michael Douglas), a businessman who has an affair with a co-worker named Alex (Glenn Close). Once Dan tries to cut things off, however, Alex takes him to task for his sins, and promptly goes about dismantling his entire life.

Close landed an Oscar nomination for her turn as the psychotic Alex, and it could not be more earned. She tears through the film (and Dan’s pet rabbit) with manic energy, and it’s a testament to both Douglas and Anne Archer (who was nominated for Best Supporting Actress) that they don’t get blown off the screen. This is a film that never loses its alluring, terrifying luster.