“THE BOOK OF HENRY” 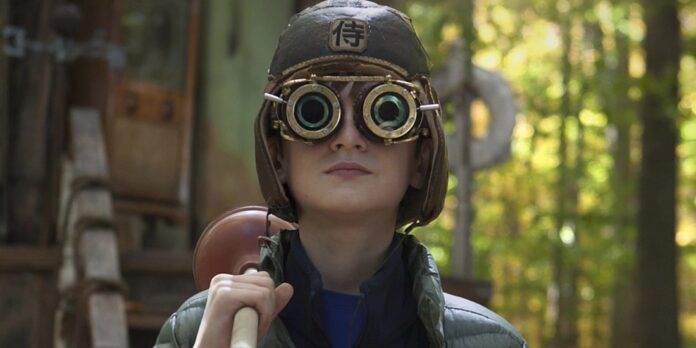 THE STORY – Single mother Susan Carpenter works as a waitress alongside her feisty family friend Sheila. Taking care of everyone and everything in his own way is Susan’s older son Henry. Protective of his brother and a tireless supporter of his often self-doubting mother, Henry blazes through the days like a comet. When Susan discovers that the family next door harbors a dark secret, she’s surprised to learn that Henry has devised a plan to help the young daughter.

I have officially seen the most baffling and worst film of 2017. While “The Book Of Henry” did not make me as angry as “Collateral Beauty” did last year, it is still the kind of film where I have to take a moment to ask myself “How did this get made?” “How did many talented and smart people feel that this was a good idea?” “What is the point of this movie?” I was left with so many questions and while “The Book of Henry” is not the kind of “so bad it’s good” movie such as “The Room,” it comes insanely close at times with hilarious/awkward lines of dialogue such as “We are not killing the police commissioner!” and “Sometimes a good story will remind you of who you want to be.” You know what I have to say to that? Sometimes a good story can be the difference between me shitting all over your movie or not.

Taking place in a small suburban town, Henry Carpenter (Jaeden Lieberher) is an extraordinarily gifted, young 11-year old boy who is smart enough to take care of his own mother (Naomi Watts) and younger brother Pete (Jacob Tremblay). He keeps track of Susan’s financial records and often gives her advice on big life decisions. There is no denying that Susan loves her kids but there is a bit of a role reversal in who is the parent and who is the child within this family unit. Henry has a crush on his next-door neighbor Christina Sickleman (Maddie Ziegler), who is the stepdaughter of the police commissioner (Dean Norris). Henry discovers that the abusive stepfather has been harming Christina and sets in motion a plan for his mother to stop him through a carefully laid out set of instructions which he details in a red book and verbally communicates to his mother via. audio recording.

“The Book Of Henry” is a huge step back for director Colin Trevorrow who has been anointed as Hollywood’s latest darling director after the indie (And believe it or not, critical) hit “Saftey Not Guaranteed” and the blockbuster success of “Jurassic World.” While “Jurassic World” was not as well received by critics, audiences responded kindly with over a billion dollars in box office receipts, thus giving Trevorrow the keys to the “Star Wars” Kingdom, where in 2019 he will direct “Star Wars: Episode IX.” Trevorrow’s career could be in serious jeopardy now with the release of “The Book Of Henry.” His abilities as a director of mood and choice of material are seriously in question. How could anyone think that a screenplay which had been sitting on the shelf for over twenty years, with such tonal shifts and asinine plot developments make for a good story is beyond me? And yet here we are.

The only good thing about “The Book Of Henry” would have to be the performances by the cast. Naomi Watts, Jaeden Lieberher, and Jacob Tremblay are not at fault here. Each one of them does the best with what they are given. The blame for this disaster of a film rests solely on the shoulders of Colin Trevorrow and screenwriter Gregg Hurwitz. Now I will also say that the first act of this amazingly misguided film is not downright terrible. There is something interesting about a story where a single mother is the child and her abnormally intelligent son is the “man of the house.” How that relationship also rubs off on Henry’s younger brother is quite interesting as well. I could see the allure if someone was reading the first couple of pages of this screenplay and be somewhat intrigued. However, the film becomes increasingly darker to the point of lunacy. Moments of child cancer, molestation, and a planned murder are what drives the final two-thirds of the movie, leading to one of the most underwhelming endings of the year. I was hoping for some form of a plot twist. I was hoping for some form of closure. Hell, I was even hoping that Hurwitz and Trevorrow could at least convey to me what their intentions were through this story. I got neither of those. What I did get was a theater of howling laughter and verbal obscenities filled with disappointment, confusion, and resentment.

I cannot even begin to tell you how improperly handled “The Book Of Henry” truly is. I never knew where this screenplay was going and not in a good way. Lee Pace, Sarah Silverman, and Dean Noris should all be ashamed of themselves to take such thankless supporting roles in this movie with zero character development and brainless lines of dialogue. The main trio of actors do the best they can but when you have Academy Award nominee Naomi Watts button mashing her way through “Gears Of War,” the video game, while her own son does her financial records and is trying to seriously talk to her, you have to ask yourself, “What did the actors see in this material?” I am thoroughly convinced that Colin Trevorrow does not understand children, does not know how to spot well-written material and should not be directing the final installment in the new “Star Wars” trilogy. Perhaps he needs his own Henry to conveniently whisper thoughts and ideas into his earphones about what his next move should be, because this is the kind of film that kills careers.