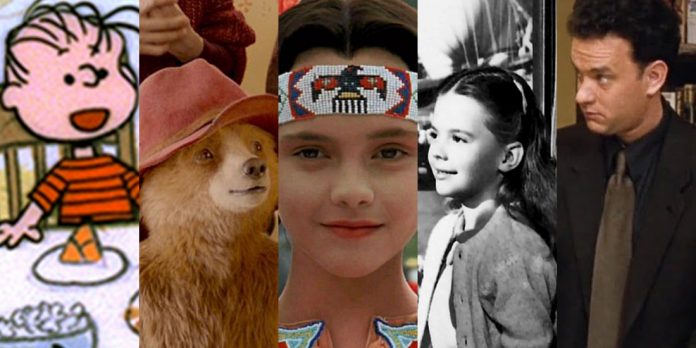 Thanksgiving is famously an underrepresented holiday as far as corresponding movies go. And the few movies that do exist that take place around this time of year revolve around either alcoholism (“Krisha“), depression (“The Ice Storm”), cancer (“Pieces Of April”), or romantic entanglements (“Hannah And Her Sisters”). Not exactly festive watches, especially with the family. So, I’ve compiled a small list of Thanksgiving movies that won’t depress you or stress you out. Not all of them explicitly take place around Thanksgiving, but they’re all good bets to please everybody at the dinner table, I promise! 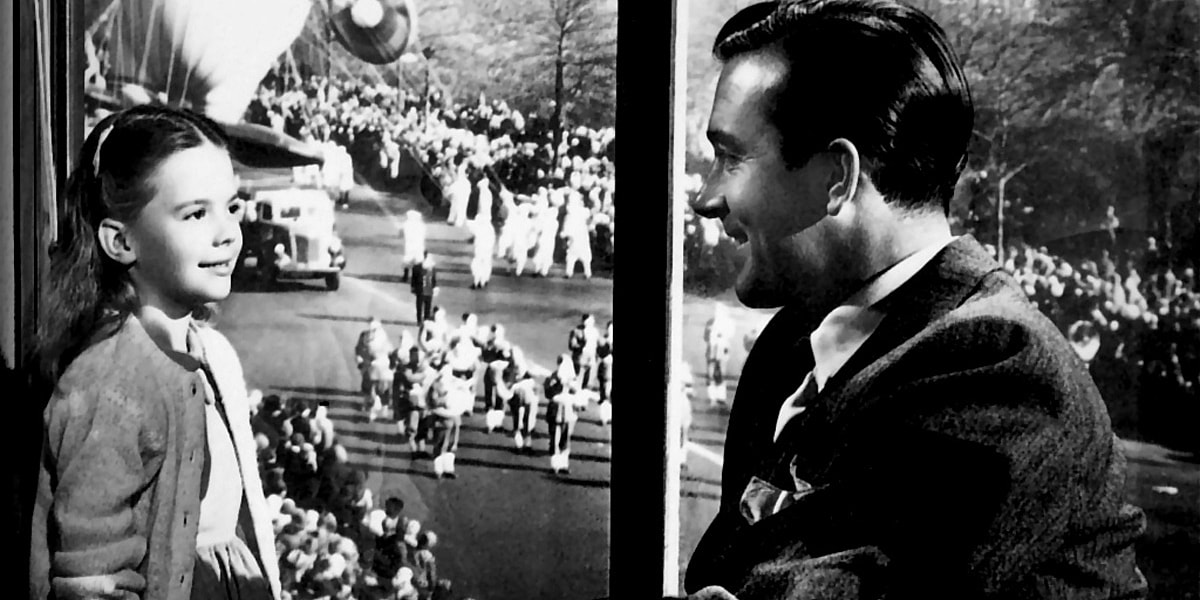 ​I can hear it already, “that’s a Christmas movie!” And yes, while the main plot does revolve around the existence (or non-existence) of Santa Claus, a good portion of the first half of the movie takes place at the Macy’s Thanksgiving Day Parade. Plus, the hallmark of a good Thanksgiving movie is that it eases you into the Christmas season that’s peeking around the corner. It’s also just a great movie that never ever fails to cheer me up. 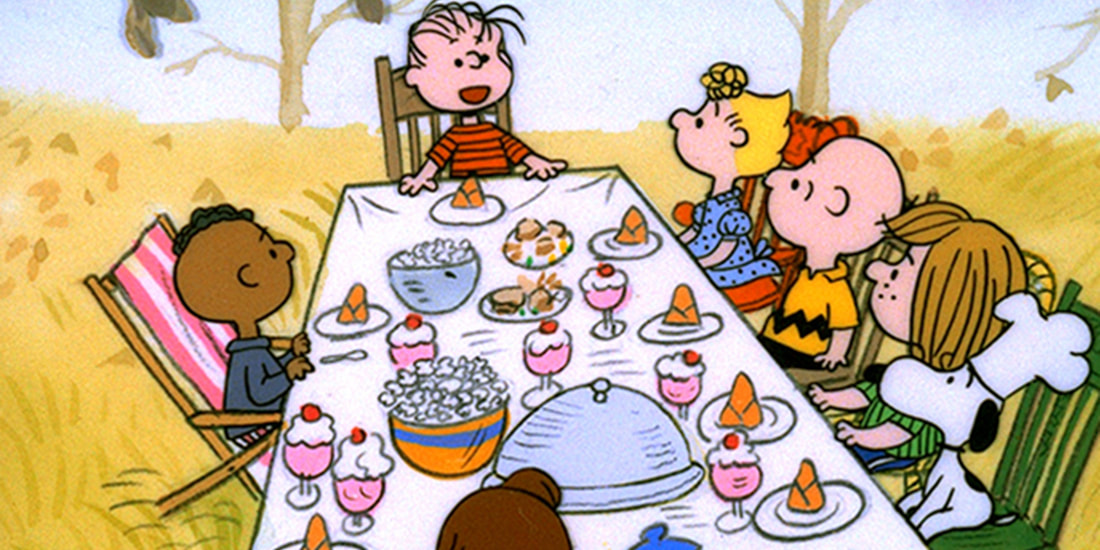 ​If you’re short on time, this is the perfect movie to entertain in-between the parade and dinner time. Super charming and filled with adorable voice performances, it’s a nice, cozy little half-hour treat about the true meaning of Thanksgiving. 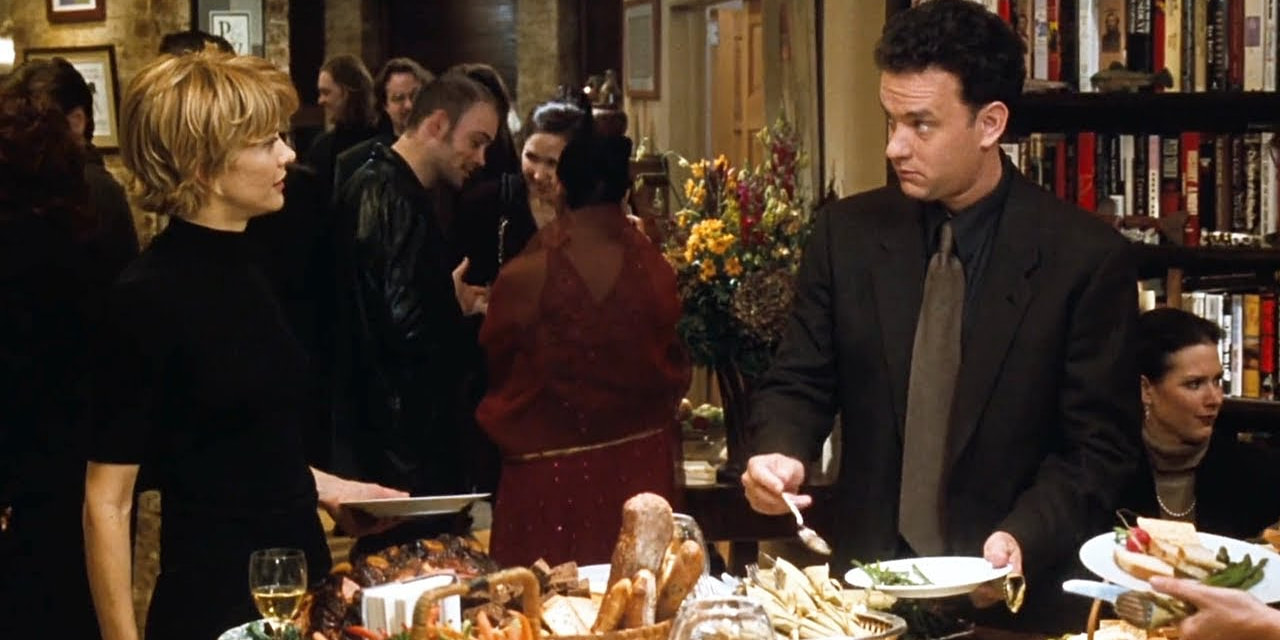 ​This one actually takes place across the course of an entire year, but the first half heavily features Thanksgiving accompanied by cozy shots of autumn leaves and turkey decorations. And the movie slides nicely into Christmastime, which, as I mentioned above, is essential for a good Thanksgiving movie. Plus, seeing Meg Ryan and Tom Hanks work together is the definition of charm. The movie is designed to be watched while holding someone’s hand. 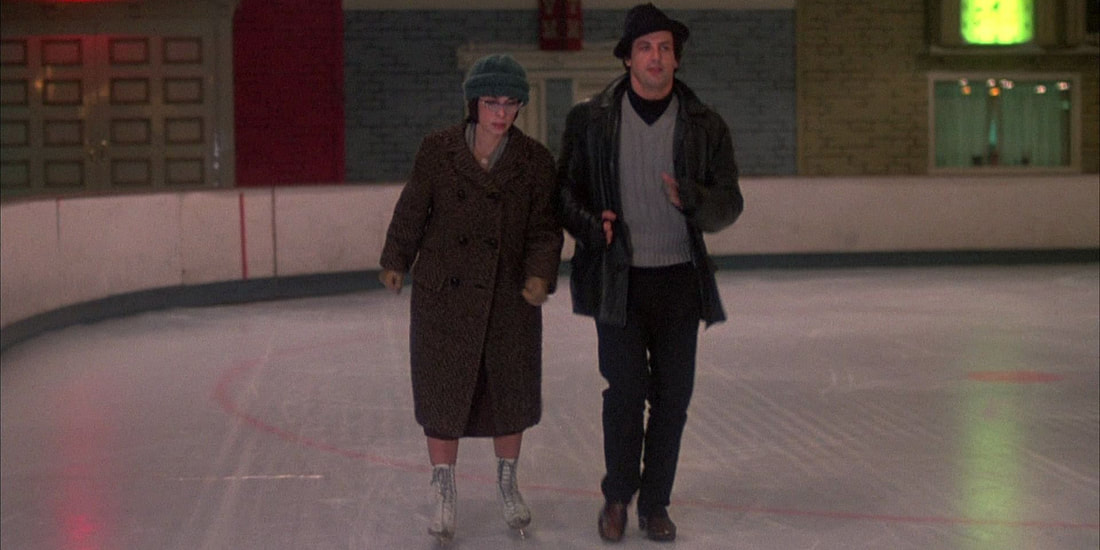 ​Like “You’ve Got Mail”, this one features a Thanksgiving scene (Rocky takes Adrian on their first date after her alcoholic brother destroys the Thanksgiving dinner), and it’s overall a very cozy, autumnal movie. Lots of warm coats, big hats, and sweaters. Plus, the ending will make your dad cry, and isn’t that what Thanksgiving is all about?

The Nightmare Before Christmas 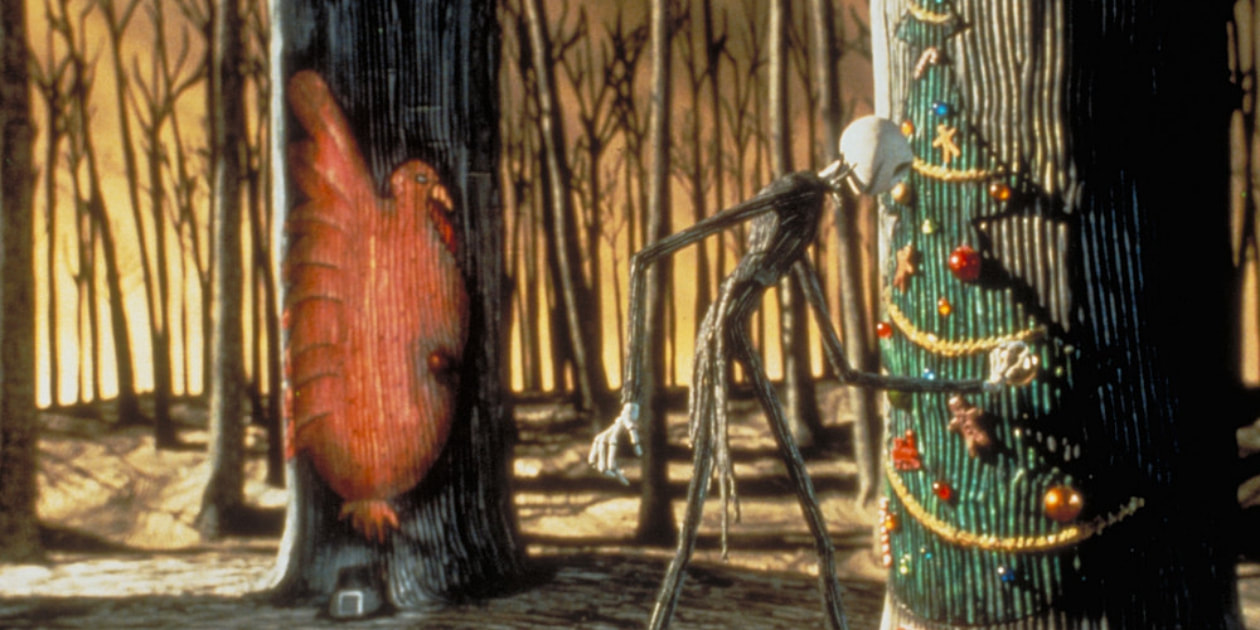 ​Another perfect transition-into-Christmas movie, this time because it straddles the line between being a Halloween movie and a Christmas movie, and which holiday falls right in between those two? It’s Thanksgiving, you guys. Featuring a nearly operatic score full of modern Christmas carols for kids who grew up not liking Christmas carols, this is a nice and short movie that makes the upcoming Christmas season seem exciting through a notably darker lens than most yuletide movies. And if the kids like movies with a creepy sense of humor, make sure to also check out… 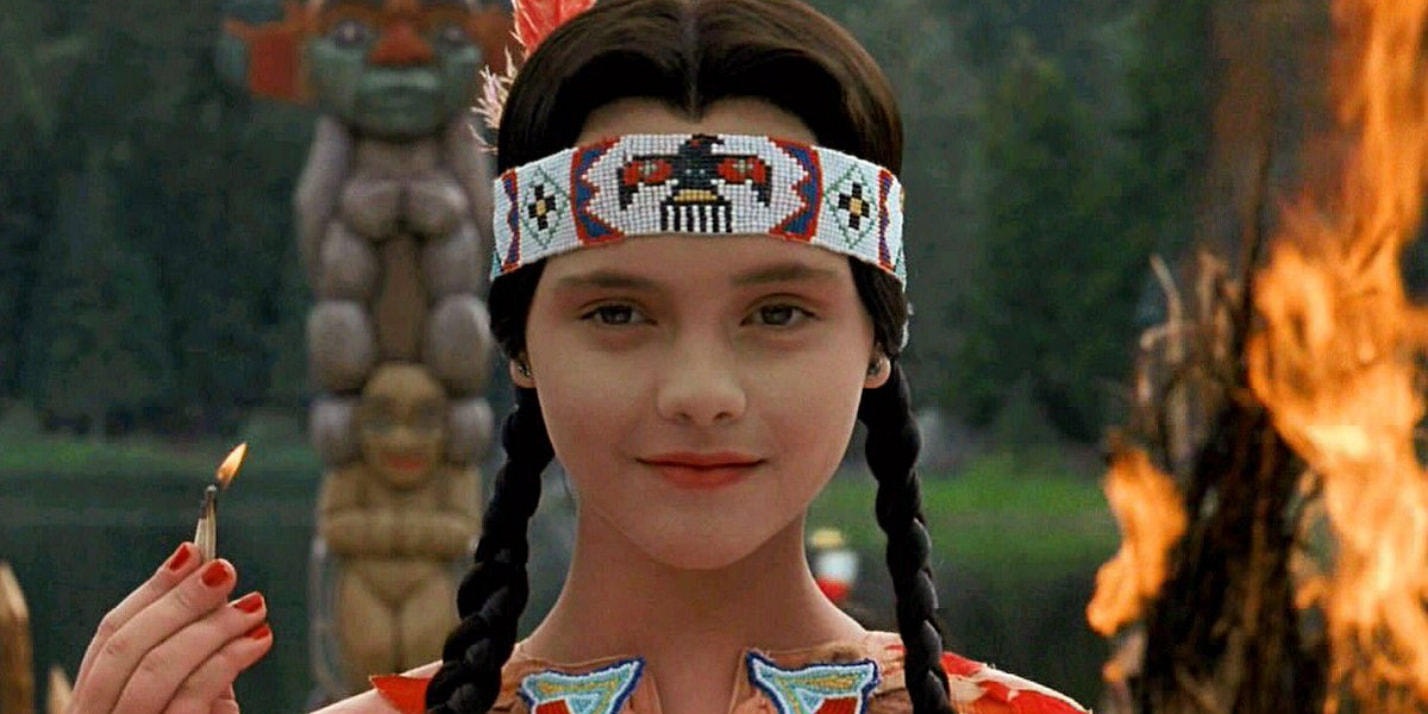 ​Another 90s horror-themed comedy, its Thanksgiving-ness comes from a scene at Wednesday Addams’s time at a blindingly optimistic and aggressively Caucasian summer camp. She is tasked with playing Pocahontas in the camp’s Thanksgiving play and, rather than going along with the typical narrative of a congenial meeting between pilgrims and Native Americans, she turns the play on its head. She leads the other Native Americans in the play in a revolt against the pilgrim characters, declaring themselves the true owners of the land that was stolen out from under them. It’s a subversive and hilarious depiction of the first Thanksgiving. Plus, this movie gave us a blonde, scheming Joan Cusack. 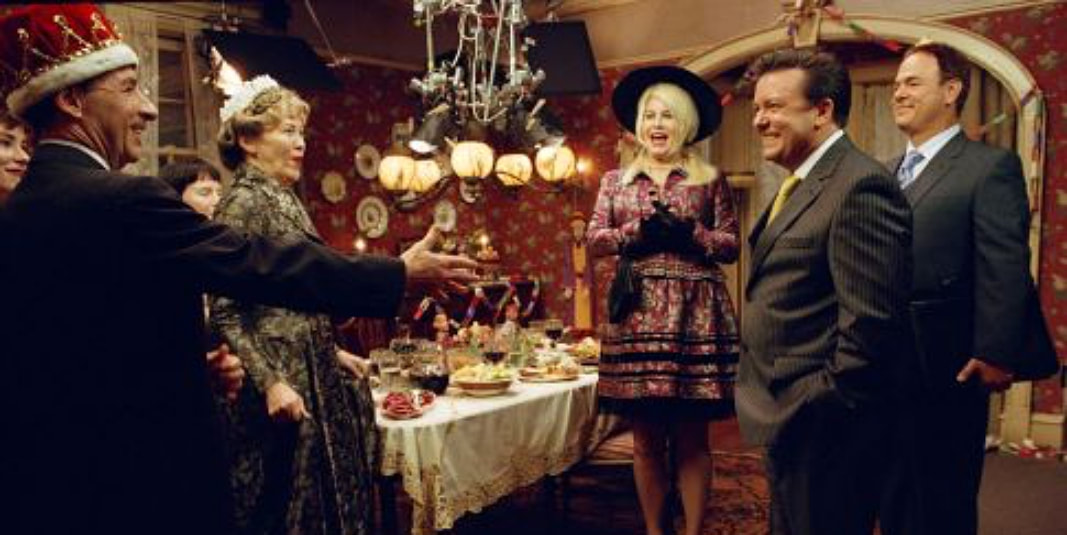 ​If your family is a little more on the cynical side, definitely give this underrated Christopher Guest flick your time. A send-up of the politics of the awards season that we all know and love, it centers around the production of a small movie entitled “Home for Purim”. Once the film starts to gain Oscar buzz (before it’s even finished filming), it is drastically changed to become more mainstream and accessible to a wider audience, most drastically by changing the title to “Home for Thanksgiving”. Featuring several scenes of the fictional family sitting around the dinner table and the truly insane characters typical of Guest’s ensembles, this is definitely the straight-up funniest movie on this list. 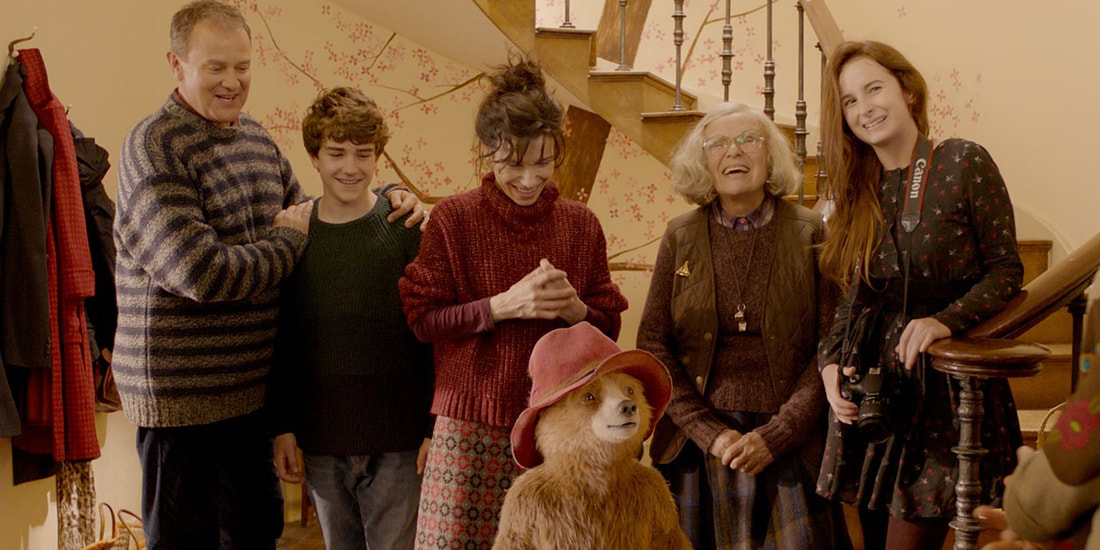 Is “Paddington 2” a Thanksgiving movie? Does it take place during any holiday at all? No. But in terms of pure warmth and a celebration of family, both the one you’re born into and the one you create yourself, you can’t do any better than the story of this nice little bear. It’s cliche to say, but it truly is a movie that people of all ages can enjoy.

What do you think? What are some of your favorite movies to watch on Thanksgiving? Let us know in the comments section below.

Happy Thanksgiving from all of us here at Next Best Picture. We hope you enjoy your time with your families, eat lots of food and watch good movies.
​
You can follow Cody and hear more of his thoughts on the Oscars and Film on Twitter at @codymonster91