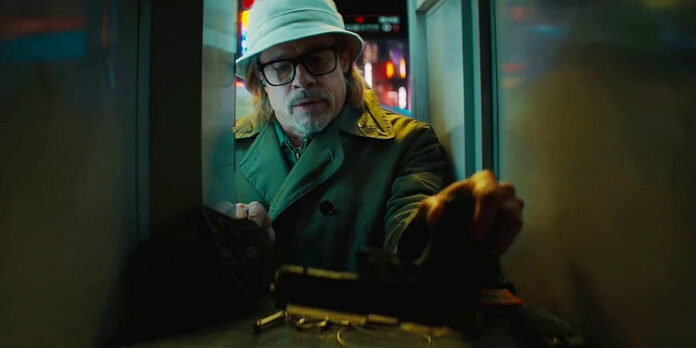 Next Best Picture’s weekly analysis of the box office and what the numbers mean for the industry, films, filmmakers, and the Oscar race is back! This is a re-occurring post every Monday morning, so stay tuned for more box office information and hopefully more additions to these posts in the future. A star-studded locomotive raced into the top spot with a solid yet unremarkable debut.

Sony’s much-anticipated “Bullet Train” earned $30.1 million in its debut weekend. That is slightly below my $34-$42 million forecast from last week, but the film still ranks as the second-highest debut for an R-rated feature since the start of the pandemic (“Nope” possesses the top spot after its $44 million debut). For Brad Pitt vehicles, this debut lands similarly to another R-rated August film, “Inglorious Bastards” ($38 million), while falling behind the blockbuster debuts of “World War Z” ($66.4 million) and “Mr. and Mrs. Smith” ($50.3 million).

There was hope “Bullet Train” could provide the last breath of soaring success with the summer movie season winding down. In reality, the high-energy action film’s debut is closer to a base single for Sony. Reaching this figure for an R-rated feature is still impressive enough, and the film has already tallied $32.4 million internationally for a $62.5 million global take.

With the August calendar looking like a theatrical drought, Sony is betting on “Bullet Train” holding up firmly over the coming weeks. Word of mouth here could certainly be more impressive (Rotten Tomatoes score hovers in the 50-55% range while a B+ CinemaScore is average), but the absolute dearth of content should guarantee at least a few more weeks at the top spot. 2017’s R-rated action comedy “The Hitman’s Bodyguard” is a decent comp despite that movie’s more modest expectations (it more than tripled its $21 million opening).

“Bullet Train” features a $90 million production budget. Sony has to be at least modestly happy with the results here – it’s such a challenge getting a big-budget R-rated feature on track for studios (we’ll get to “Nope” in a second). As long as “Bullet Train” maintains course, a domestic total in the $105-115 million domestically/$260-275 million worldwide remains in range.

Several holdovers, like “Thor: Love And Thunder” (a 42% drop-off from last week), “Where The Crawdads Sing” (a 25% drop-off), “Elvis” (a 30% drop-off), and the astonishing “Top Gun: Maverick” (a 16% drop-off and a whopping $662.5 domestic total so far), continue to carve a corner in the market weeks after their debut. The Tom Cruise vehicle, in particular, had another notable milestone this past week as it passed “Titanic” to become the 7th highest grossing film domestically. Unfortunately, other recent releases have not been so fortunate.

“DC League Of Super-Pets” slid into second place with $11.2 million. A 51% drop-off from last week’s $23 million gross is not horrible, yet it’s nowhere near the performance of “The Bad Guys” (a 31% drop-off) after its nearly identical $23.9 million debut. The middling word of mouth and array of other family offerings continue to stunt this film from finding a wider audience. With $45.1 million domestically and $83.4 million worldwide so far on a $90 million budget, “DC League Of Super-Pets” is drawing underwhelming results for a big-IP project.

“Nope” endured a 54% drop off in its third week with an $8.5 million gross. The high-concept Jordan Peele project is holding decently enough – although it remains a noticeable distance away from the performance of “Get Out” and “Us” (both reached $170+ domestically). A $97.7 million gross on a $68 million budget puts “Nope” on lukewarm grounds. However, “Nope” and “Bullet Train” deserve slightly more generous grading appraisals for providing intriguing options for the R-rated marketplace.

Elsewhere, “Easter Sunday” quietly debuted in eighth place with a $5.2 million debut (right between my $4-$7 million estimate from last week). I give Universal credit for providing a theatrical platform for the Joe Koy-led family comedy amidst the genre’s dwindling big screen presence. Unfortunately, the results here are nothing to write home about. Lukewarm reviews (45% on Rotten Tomatoes), the project’s lack of high-profile stars, and a bizarrely-timed August release likely inspired its limited opening.

I don’t think Universal is sweating the performance for a modest $17 million project. Along with two Focus Features releases, “Vengeance” ($3.2 million domestically so far) and “Mrs. Harris Goes To Parris” ($8 million domestically so far), “Easter Sunday” will serve an additional purpose as another marketing draw for Universal still-developing Peacock streaming service.

In the arthouse market, the A24 social media era slasher “Bodies Bodies Bodies” sliced up $226,526 in six theaters. The film’s $37,754 per theater average only trails the opening of A24’s indie breakout “Everything Everywhere At Once” for 2022 release. I think the studio made a wise call in opting for a platform rollout following an original plan to open in wide release this weekend. An extra week to develop positive word of mouth and marketing recognition could pay dividends after the studio opted for an instant wide release for “X” (a $4.2 million debut) and “Men” ($3.2 million in its opening) earlier this year.

Could this be a late-summer breakout? The alluring young cast and clever narrative spin on familiar horror mechanics present more mainstream promise than other recent A24 projects. So I will go out on a limb and project a $6-$9 million opening for its 1,200 theater expansion.

Next week also sees “Mack and Rita,” “Fall,” and “Summering” opening in wide releases of various extents (theater counts will likely range between 500 to 1500 theaters). Expect soft debuts in the $1-$3 million range for each.