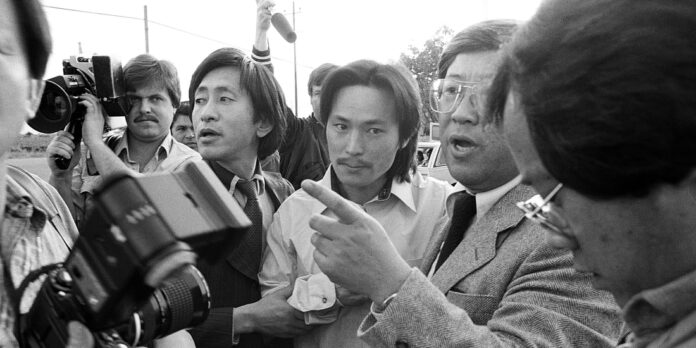 THE STORY – The story of Chol Soo Lee, a Korean American who was falsely convicted of a 1973 murder in San Francisco. After activists led a pan-Asian American movement to free him, he was finally released after 10 years in prison.​

​Chol Soo Lee, a Korean immigrant living in San Francisco’s Chinatown, had everything going against him. After moving to America at a young age, Lee lived with his abusive mother in a neighborhood where few spoke his first language. After years of miscommunication with his peers and teachers, Lee was sent to a juvenile detention center, where a lack of Korean-speaking professionals caused him to be sent to a psychiatric institution where Lee did not belong.

Turning to the streets to get away from his home life, Lee was on parole for theft when he was arrested for the gang-related killing of a Chinese man. Lee, and everyone who knew him, knew that he had not committed this crime. However, the San Francisco Police Department failed to do their due diligence and arrested Lee based on racial bias and a desire to get the whole thing over with.

This story of injustice is the subject of the documentary “Free Chol Soo Lee,” directed by Julia Ha and Eugene Yi. While beginning as a story of one man put in his position by the failure of several social institutions, Lee’s situation soon grabs the attention of an investigative journalist and fellow Korean-American, K.W. Lee; who, along with a friend of Lee’s, Ranko Yamada, starts a grassroots campaign to liberate their friend and unite the community of Asian-Americans in California. Soon, their cause becomes known all over the country, and Lee becomes the perfect, if somewhat unwilling, poster child of Asian social justice, prison and police reform, and Asian-American unification. Though a story of hardship, the film uses archival footage of San Francisco bathed in glowing sunlight, evoking a feeling of warmth created by the passion of the activists who have dedicated their lives to one man’s liberation.

While ultimately triumphant in their goal, the team behind Lee’s freedom soon comes face-to-face with the man himself, who is naturally hardened to the outside world after a life of abuse and neglect. Dependent on drugs and resorting to violence to get them, Lee soon turns against the community to which he owes his life, and the perfect poster child becomes a memory many would like to forget.

The film sympathetically, but honestly, portrays Lee as a man encircled by his destiny practically determined by his social setting. However, it prevents itself from being totally fatalistic and does not absolve Lee of all his sins. In an interview with K.W. Lee, he pragmatically lays out the reason for the different outcomes of his and Lee’s lives: “I was lucky, he was not lucky.”

At every stage of his life, Lee was alone. As a child, his mother was ostracized by her family for having her son out of wedlock. In San Francisco, Lee was a Korean man in a majority Chinese environment. In the maximum security prison that held him after his arrest, he was surrounded by highly aggressive and territorial gangs that forced him to remain invisible lest he should put himself in danger. On death row, Lee discusses the painful length of one’s time awaiting the death penalty, supposedly done to encourage inmates to commit suicide and lessen the government’s duty. Though met with open arms upon his release, Lee was never truly able to reintegrate into society and was undoubtedly suffering from years of trauma.

While the film generally runs at a consistent, effective pace, it has one or two moments that interrupt the flow of the story, such as a brief, unnecessary segment of drawn animation depicting a prison yard. A few occurrences in Lee’s life are unfortunately given little detail, such as his killing of a member of the Aryan brotherhood in said prison and the courtroom proceedings that first get him sent to death row and then set him free. Given the film’s short runtime, a higher degree of detail may have enhanced the story’s examination of the criminal justice system’s failings.

Chol Soo Lee’s story is one likely unknown by a majority of American audiences and one that deserves recognition from such skillful filmmakers as Yi and Ha. The film clearly, but fairly communicates the circumstances that led him to his situation and the communal passion that allowed him to become free. It allows for nuance and seamlessly immerses its audience into the time and place in which the story took place. It is neither a tragedy nor a triumph but an unfortunately typical, ordinary case exposing the unjust practices of many American institutions.