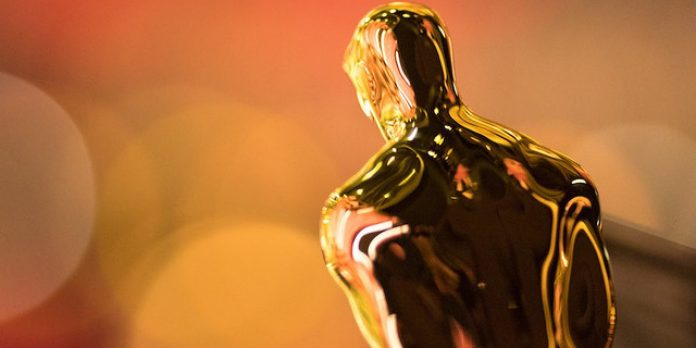 ​​Though it doesn’t come as any great shock, the Academy of Motion Pictures Arts and Sciences Board of Governors decided yesterday on some sweeping changes to next year’s Oscars. Most significantly, in response to the current theater shutdown, the Board voted to allow films without theatrical release to qualify for Oscars until further notice. Additionally, and more permanently, the Best Sound Editing and Sound Mixing categories have been merged into one category: Best Achievement in Sound. Let’s dive into how these changes will impact the 93rd Academy Awards.

Of course, accepting films that do not get a theatrical release could have a major impact on the race, but given the temporary nature of the rule, I don’t believe it will be in effect in the heat of the race. The rules state that when theaters reopen at large, “on a date to be determined by the Academy, this rules exemption will no longer apply.” While there’s always the risk of another shutdown in the fall or winter, theaters appear to be on track to largely open this summer. For the most part, any film aiming for true awards consideration has either moved to the fall already, such as “Soul” or “The French Dispatch.” If theaters do indeed open by September or October when the awards race starts in earnest, not much will be affected.

That said, in the event that theaters are shutdown into the fall, it’s hard to not believe this gives Netflix a leg up on the competition. It’s obvious that they’re hungry to win Best Picture after two very close calls the past two years. Obviously, they have the best infrastructure in place to promote, distribute, and campaign a film that had a negligible theatrical release. While they have many potential contenders, this puts David Fincher’s “Mank” in a very good position. It’s a film from an overdue director about the making of a classic film (“Citizen Kane”), starring recent Oscar winner, Gary Oldman (“Darkest Hour“). That sounds like a strong player to me.​

Another decision that was made was to create a single sound category. Merging Best Sound Editing and Mixing into one category makes plenty of sense. Yes, of course, those are two different skill sets, but even many Academy members struggled to understand the difference. Reportedly, members of the sound branch lobbied for this change. Furthermore, almost every category could be broken down into multiple categories. Best Makeup and Hairstyling awards two very different crafts in one category. Even Production Design has many different skills underneath that title. For those up-in-arms about the sound merge, are you also demanding that Makeup and Hairstyling be split up into two categories?​

While I support the merge, it will certainly impact that way we predict the sound category. We can no longer rely on the history of the category to tell us what will win. This could give greater weight to the BAFTA’s Best Sound category, though the voting bodies don’t have enormous overlap. The obvious approach is to rely on the same method that helps us predict many craft categories: which film does the “most” in the category? The flashiest sound design has the best shot. War films or action will likely perform better than music-driven sound mixes. We’ll have to wait and see how this develops over time.​

Additional changes likely won’t have an enormous impact on the awards themselves. The Academy ruled that for a score to be eligible for Best Original Score, it must be comprised of at least 60% original music, as opposed to the old rule of “predominantly” original music. For sequels or franchise films, this requirement has been raised to 80% original music. It’s interesting to note that John Williams was nominated for his last three “Star Wars” scores, which might have been impacted by this new rule. Some original scores have been deemed ineligible in years past, and this clarification will hopefully make the eligibility less ambiguous.

Finally, the Academy will now allow any Academy member to participate in the preliminary round of voting for Best International Feature Film. While this likely won’t change a great deal, it could bring a broader perspective to the category, allowing a wider consideration of countries. Last year, “Parasite” broke new ground in so many ways, including becoming the first Korean film ever to be nominated at the Oscars (and win). Perhaps with this new change, we’ll see more countries recognized for the first time.​

There were other changes announced, though they’ll have less of an impact than the ones discussed above. The Academy has announced new sustainability efforts, including discontinuing DVD screeners, screenplay, and soundtrack distribution for awards consideration. This move has been a long time coming and makes perfect sense as we progress into the digital age.

Despite all of these needed changes, the biggest questions for this year’s Oscars remain unanswered: will theaters be closed during awards season, and how will that impact the contenders? No rule changes can answer that question. We’ll have to find out when we get there.​

​What do you think of the Academy’s rule changes for this year? What impact do you think they will have? Let us know in the comments section below or on our Twitter account.