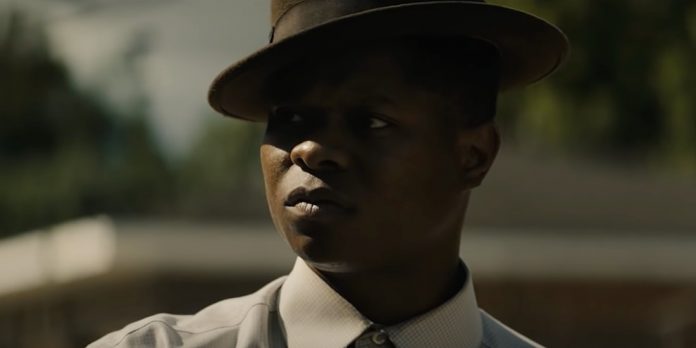 The 2017 Toronto International Film Festival (TIFF) has released the first round of its programming for the 42nd annual gathering. Last year’s festival saw screenings of “La La Land,” “Moonlight,” “Manchester By The Sea,” “Arrival” and others. Needless to say, our 2017 awards race is taking shape day by day as we learn what films studios will play at these festivals.

Click beyond the jump to learn more about TIFF’s 2017 lineup.

​There is a lot of exciting films coming to TIFF this year. Those attending the festival will see premiere (and report buzz to us online) of Joe Wright’s Winston Churchill film “Darkest Hour,” which is expected to bring Gary Oldman his first Oscar ain. Sports films such as “Battle of the Sexes” (Steve Carrell, Emma Stone) and “I, Tonya” (Margott Robbie) will be in play. High profile directors such as Darren Aronofsky (“mother!”), George Clooney (“Suburbicon”), Angelina Jolie (“First They Killed My Father”) and Andy Serkis (“Breathe”) will all be debuting their new movies in Toronto this September. Other buzzed about awards contenders included “Stronger,” the David Gordon Green/Jake Gyllenhaal film taking on the aftermath of the Boston bombing, and “Three Billboards Outside Ebbing Missouri,” the Martin McDonagh film with an exciting Frances McDormand performance.

Though some films will have been seen earlier, it doesn’t make it any less exciting when a studio has enough confidence in their movie to build up momentum by playing it at multiple festivals. After debuting at Venice, Alexander Payne’s “Downsizing” and Guillermo Del Toro’s “The Shape of Water” will play TIFF (if festival appearances mean anything, we should start taking “The Shape of Water” seriously as an awards player this Fall). The Sundance hits “Call Me By Your Name” (Luca Guadagnino) and “Mudbound” (Dees Rees) will be screening as well. It is hopeful to see “Mudbound” here, as many were worried Netflix ruined its Oscar chances when they acquisitioned the film. It appears as though they will give the movie a proper awards run through the festival season.
​
Check out the full list of films below:

TIFF will run September 7-17. What do you all think? Any TIFF films excite you the most? Any surprising omissions from the list (still looking to see “Blade Runner 2049” show up here soon)? Let us know in the comments below!