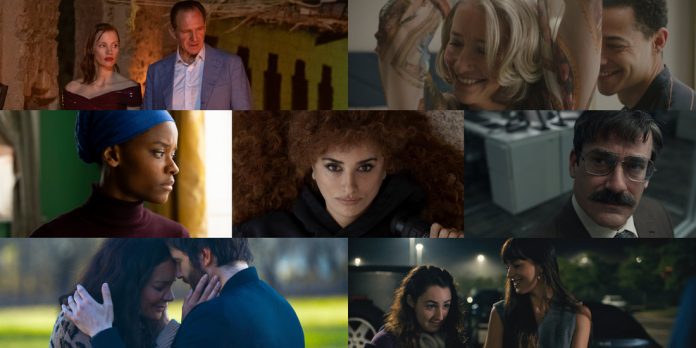 The Festival will take place from June 8th – 19th with films starring Jon Hamm, Peter Dinklage, Shirley MacLaine, Danny Glover, Bryan Cranston and Zosia Mamet, among others, along with directors including Ray Romano, Katie Holmes and Kyra Sedgwick. Live performances by Lil’ Baby, Machine Gun Kelly and Of Monsters and Men, as well as discussions with John McEnroe and the WNBA’s New York Liberty will round out this year’s standout lineup.

OPENING NIGHT
HALFTIME, (United States) – World Premiere. A new Netflix documentary film that follows global superstar Jennifer Lopez, as she reflects on her milestones and evolution as an artist, and navigates the second half of her career continuing to entertain, empower, and inspire. HALFTIME offers an intimate peek behind the curtain revealing the grit and determination that makes Jennifer Lopez the icon she is, from her performances onscreen and on stages around the world, to her Super Bowl Halftime show, to the recent Presidential inauguration. The documentary focuses on an international superstar who has inspired people for decades with her perseverance, creative brilliance, and cultural contributions.  And it’s only the beginning. HALFTIME serves as the kickoff to the second half of Lopez’s life, as she lays bare her evolution as a Latina, a mother, and an artist, taking agency in her career and using her voice for a greater purpose. Directed by Amanda Micheli.

CLOSING NIGHT
Loudmouth, (United States) – World Premiere. Since bursting into the headlines in New York City in the late 1980s, preacher and activist Reverend Al Sharpton has been at the center of the national conversation around race. In the aftermath of George Floyd’s horrific murder in 2020, the veteran civil rights leader has further expanded the reach of his powerful bullhorn against America’s deafening complacency in the fight against racial injustice — amplifying the ugly truths about the ongoing impact of structural racism on this nation many would prefer to ignore. Rabble-rouser or activist? Opportunist or trailblazer? With never-before-seen archival footage and unprecedented access, Loudmouth puts a disruptive spotlight on the pastoral prodigy turned political firebrand turned media establishment figure. Written, directed, and produced by Josh Alexander. Produced by Daniel J. Chalfen, Mike Jackson, and Kedar Massenburg.

The Integrity of Joseph Chambers, (United States) – World Premiere. In this stark and brooding psychological drama, a family man — hoping to prove his survivalist capabilities and manliness to his family — decides to irresponsibly head off into the woods and go deer hunting by himself. Directed and written by Robert Machoian. Produced by Clayne Crawford, Kiki Crawford, Robert Machoian. With Clayne Crawford, Jordana Brewster, Jeffrey Dean Morgan.

Next Exit, (United States) – World Premiere. In a world where ghosts are real and front-page news, a controversial new medical procedure allows people to peacefully kill themselves. In the midst of this breakthrough, two strangers travel cross country together to end their lives, only to unexpectedly find what they’ve been missing along the way. Directed and written by Mali Elfman. Produced by Derek Bishé, Narineh Hacopian. With Katie Parker, Rahul Kohli, Rose McIver, Karen Gillan, Tongayi Chirisa, Diva Zappa.

Karaoke, (Israel) – World Premiere. A comedy about a married middle-class suburban couple in their 60s who are drawn to their new neighbor, a charismatic bachelor who has karaoke evenings at his apartment. Directed and written by Moshe Rosenthal. Produced by Efrat Cohen. With Sasson Gabay, Rita Shukrun, Lior Ashkenazi. In Hebrew with English subtitles.

Pink Moon, (Italy, Netherlands, Slovenia) – World Premiere. An adult daughter kidnaps her father, whisking him away to a cabin in the snow, hoping to alter his unexpected announcement that he has had enough of life and will end it by his next birthday. Directed by Floor van der Meulen. Written by Bastiaan Kroeger. Produced by Derk-Jan Warrink and Koji Nelissen. With Julia Akkermans, Johan Leysen, Eelco Smits, Anniek Pheifer, Sinem Kavus.

Two Sisters and a Husband, (India) – World Premiere. Tara and Amrita are sisters. One is married to hotel manager Rajat, while the other is expecting his child. Set in the beautiful Himalayan foothills, this is a compelling drama about a thorny domestic arrangement. Directed by Shlok Sharma. Written by Shilpa Srivastava, Shlok Sharmaand. Produced by Navin Shetty, Shlok Sharma, Anurag Kashyap. With Avani Rai, Dinker Sharma, Manya Grover, Himanshu Kohli, Ashutosh Pathak. In Hindi with English subtitles.

The Visitor, (Bolivia, Uruguay) – World Premiere. In the atmospheric and visually-compelling drama The Visitor, an ex-convict returns home in search of a new life and a chance to reconnect with his estranged young daughter, only to be met with resistance from his father-in-law – an influential pastor in the Evangelical community in town. Directed by Martín Boulocq. Written by Martín Boulocq, Rodrigo Hasbún. Produced by Andrea Camponovo, Alvaro Olmos. With Enrique Aráoz, César Troncoso, Mirella Pascual, Svet Ailyn Mena, Romel Vargas, Teresa Gutiérrez. In Spanish with English subtitles.

Woman on the Roof, (Poland, France, Sweden) – World Premiere. One morning a 60-year-old midwife does something extremely unexpected, which breaks her family and life apart. Inspired by a true story, this is a complex character portrayal told with outstanding cinematic realism. Directed and written by Anna Jadowska. Produced by Maria Blicharska. With Dorota Pomykala, Bogdan Koca, Adam Bobik. In Polish with English subtitles.

An Act of Worship, (United States) – World Premiere. An Act of Worship is Pakistani-American filmmaker Nausheen Dadabhoy’s lyrical portrait of the last 20 years of Muslim Life in America as told through the lens of Muslims living in the United States. In Arabic and English with English subtitles. Directed and written by Nausheen Dadabhoy. Produced by Sofian Khan, Kristi Jacobson, Heba Elorbany.

My Name Is Andrea, (United States) – World Premiere. A rousing portrait of feminist writer Andrea Dworkin, one of the most controversial and misunderstood figures of the 20th century, who fought passionately for justice and equality for women. Directed and written by Pratibha Parmar. Produced by Shaheen Haq. With Ashley Judd, Soko, Amandla Stenberg, Andrea Riseborough, Allen Leech, Christine Lahti.

SPOTLIGHT NARRATIVE
Anticipated premieres from acclaimed filmmakers and performers are the focus of the Spotlight Narrative section which continues to be a launching pad for the most buzzworthy new films.

Alone Together, (United States) – World Premiere. Strangers June and Charlie have to learn to coexist when they accidentally book the same AirBnb to get away from the pandemic. Alone Together is the ultimate New York lockdown love story. Directed and written by Katie Holmes. Produced by Yale Productions, Lafayette Pictures. With Katie Holmes, Jim Sturgess, Derek Luke, Becky Ann Baker, Zosia Mamet, Melissa Leo.

Corner Office, (Canada) – World Premiere. In this office satire, Jon Hamm plays Orson, a straight-laced employee who retreats to a blissfully empty corner office to get away from his lackluster colleagues. But why does this seem to upset them so much? Directed by Joachim Back. Written by Ted Kupper. Produced by David Milchard. With Jon Hamm, Danny Pudi, Christopher Heyerdahl, Sarah Gadon.

Good Luck to You, Leo Grande, (UK) – New York Premiere. Emma Thompson shines in this British comedy about the connection between Nancy, a conservative retired teacher, and Leo, a younger man she hires to help her experience an orgasm for the first time. Directed by Sophie Hyde. Written by Katy Brand.