Takeaways From The 2019 Makeup & Hairstyling Bake-off 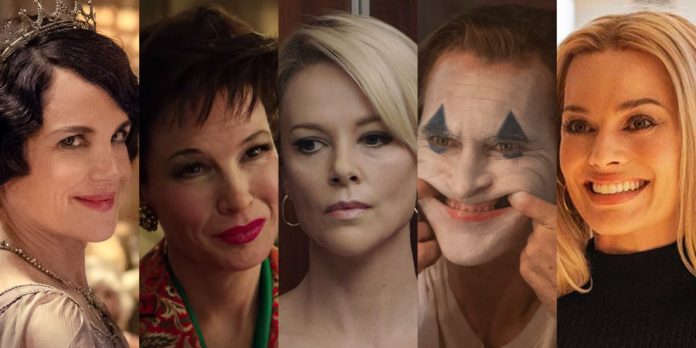 ​For the first time ever, the Oscar Makeup and Hairstyling shortlist featured 10 films instead of 7, as there will be 5 nominees this year. Presentations were screened in alphabetical order. Branch members will now vote for their 5 favorite films based on these Makeup & Hairstyling presentations. I was not present at this year’s bakeoff, however, I had someone in attendance who was there to give play by plays.

​Here were the main takeaways… 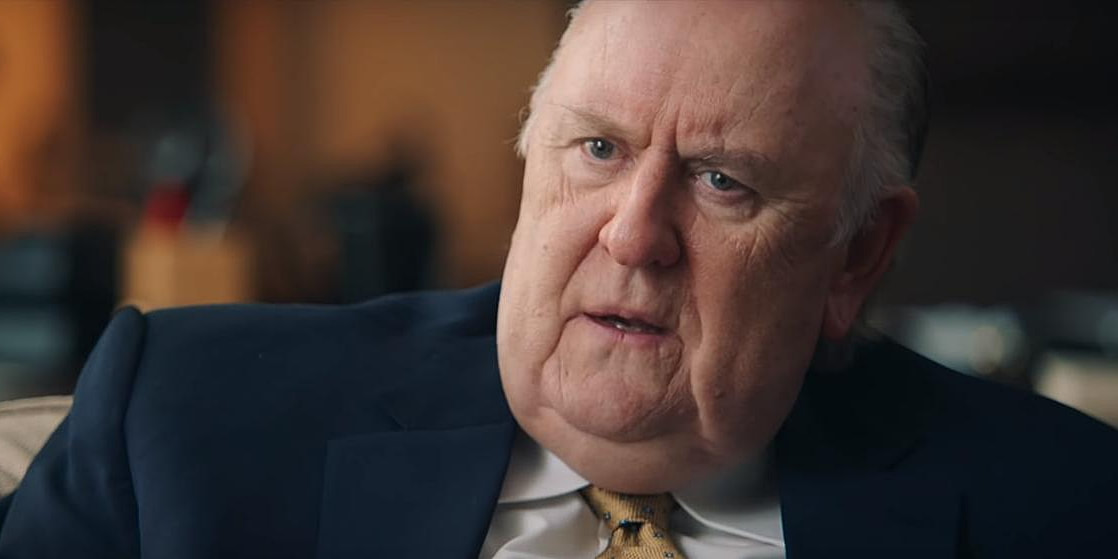 “Bombshell” apparently had a fantastic reel. It featured numerous close-ups of the work done on Charlize Theron, Nicole Kidman, Margot Robbie, and John Lithgow. The artists emphasized getting the “essence” of Gretchen Carlson, Megyn Kelly, and Roger Ailes without going for exact replicas, partly due to short production time. Theron, in particular, had lots of subtle work done (small nose plug to flare out her nose and some prosthetic work to make her jaw more angular).

Dolemite Is My Name 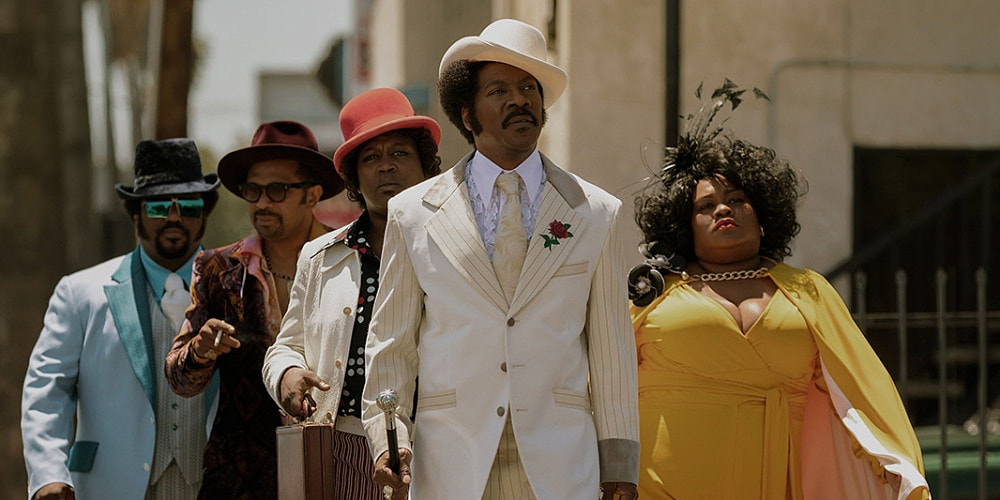 “Dolemite Is  My Name’s” reel was said to be very comedic and played well to the audience, in no small part because it was very entertaining. It focused much more on the hair and wig work than on the makeup. Wigs came in all different shapes and created varying degrees of receding hairlines for the actors. The team emphasized all of the research involved in recreating the look of Rudy Ray Moore and of the Dolemite character (one of the makeup artists is Argentinian and was entirely unfamiliar with the character). The team had to do double duty on Eddie Murphy and his “movie within a movie” body double. All background actresses kept their natural hair and had to remove their weaves and extensions. 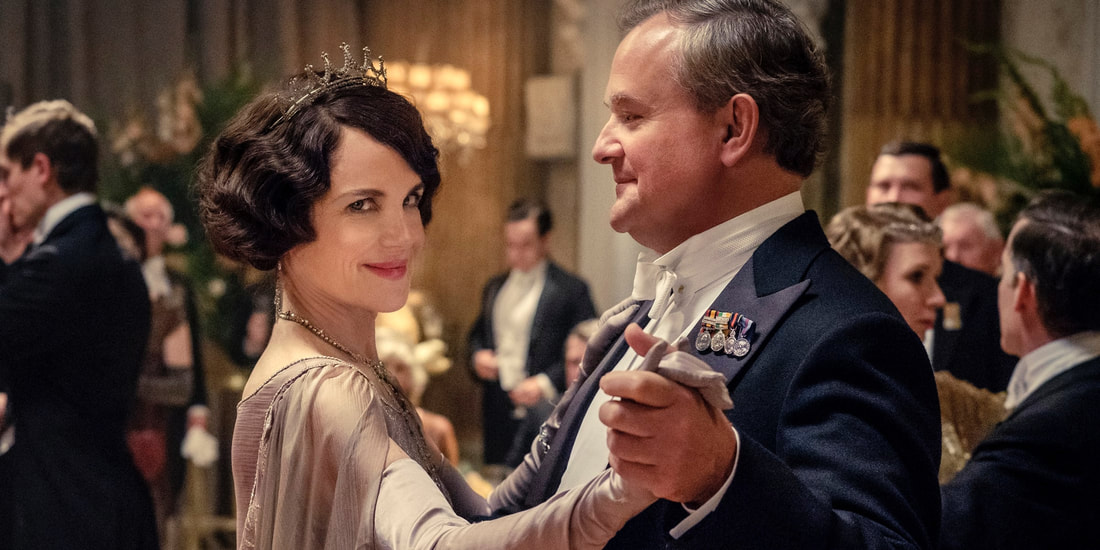 “Downton Abbey’s” presentation exclusively focused on hairstyling, not makeup. One of the artists wasn’t in attendance. The hair presentation focused on both the male and female characters, especially Michelle Dockery’s bob. The artist cited a Sargent painting as her main inspiration and she aimed for a naturalistic feel throughout the film. They emphasized the difficulty of taking the work done for the series and adapting it to film, featuring far more attention to detail. Apparently, the audience didn’t ask any questions after.​ 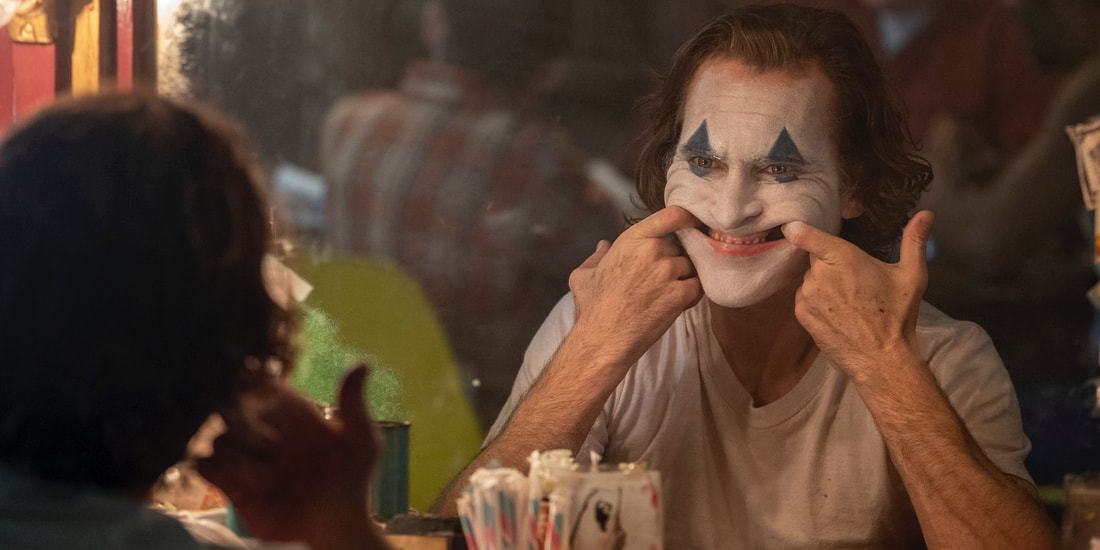 “Joker’s” presentation focused entirely on Joaquin Phoenix. It featured multiple close-ups detailing the Joker character’s evolution throughout the course of the film, including multiple sequences of Phoenix manipulating his look on screen. There was no prosthetics work referenced, but there was shading used to make him look even more emaciated, and some CGI to touch up his bloody smile at the end of the film. One of the presentation’s major focal points was the difficulty of working with Phoenix. He initially wanted to do his own makeup and hair himself, and the film’s makeup team had to work out a compromise with him. Additionally, he apparently didn’t like being touched frequently. He lost 50 pounds for the film and was said to be “hungry” often. As such, he would walk out in the middle of hair dying jobs and would disappear on set in between takes, so the crew had a hard time finding him for touch-ups. The process of maintaining continuity was so arduous that the person in charge of keeping continuity actually quit. The team would bribe him with crackers to get him to keep still (since he could eat little else). The “difficult actor” narrative seemed to have connected with the audience and there were multiple audience questions as a result. 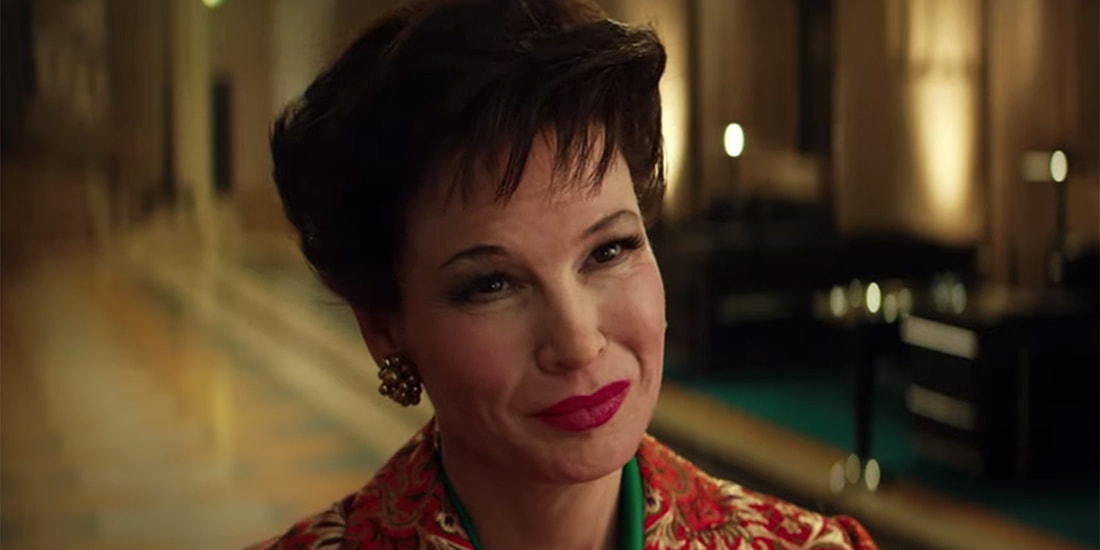 “Judy’s” presentation featured plenty of closeups and shots of Renée Zellweger performing onstage, but also featured the work done on background characters including Jessie Buckley and Rufus Sewell. An audible “wow” from at least one voter in the audience was heard when the reel finished. The makeup artist discussed how Zellweger’s Judy and the actress herself are both roughly the same age in the film, yet they had to age her up because Garland had lived a much “more ravaged” life by this point. They started off with a lot of prosthetics, but eventually pared them down to contacts, a mouthpiece, and fake eyebrows. The wig also got quite a bit of focus. The audience had multiple questions. 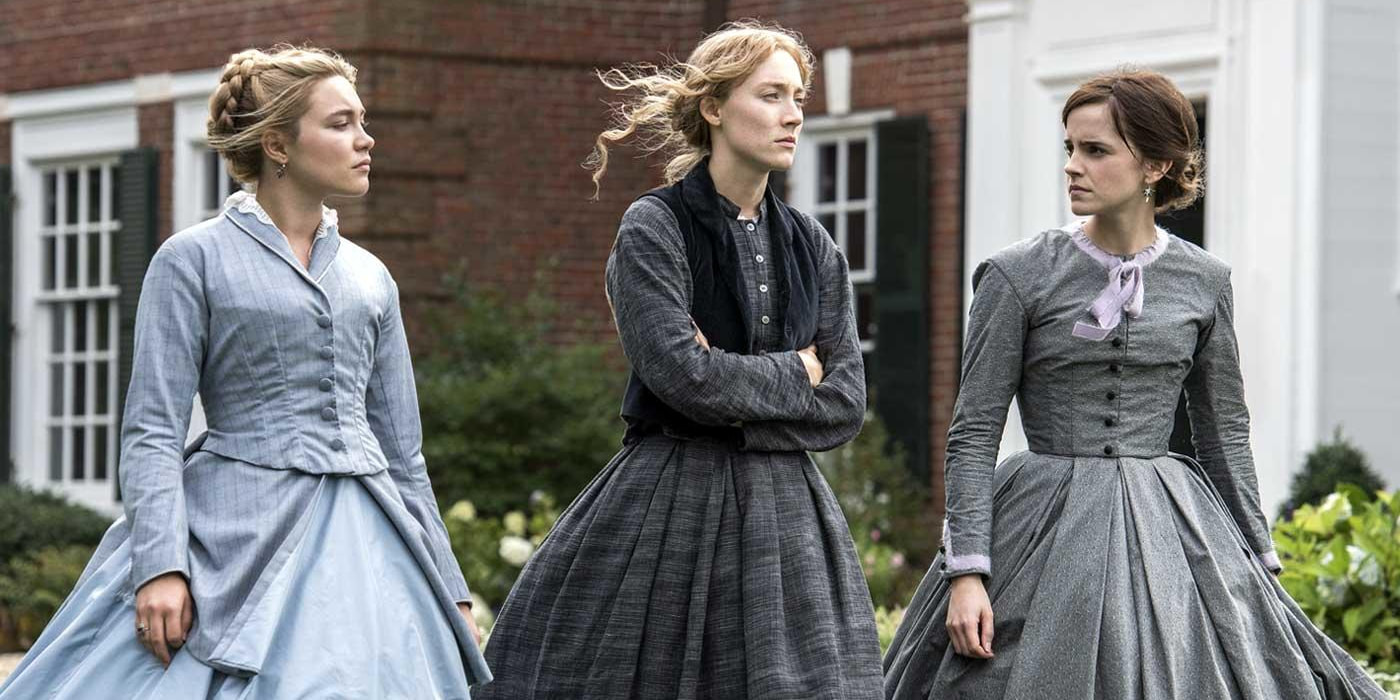 The presentation for “Little Women” mainly focused on the girls and their multiple hairstyles, although there were also clips of some of the men and Meryl Streep. The artists talked about how much guidance and direction they got from Greta Gerwig and how that helped a lot. The most difficult task was making the families look related. They had to “volumize” Chris Cooper’s hair to match his movie son “ [Timothée] Chalamet’s beautiful locks.” Everyone wore wigs because none of the actors had long enough hair. They also wanted the skin tones to look lived in and natural, but also to have something of a “glowing aura” to them. 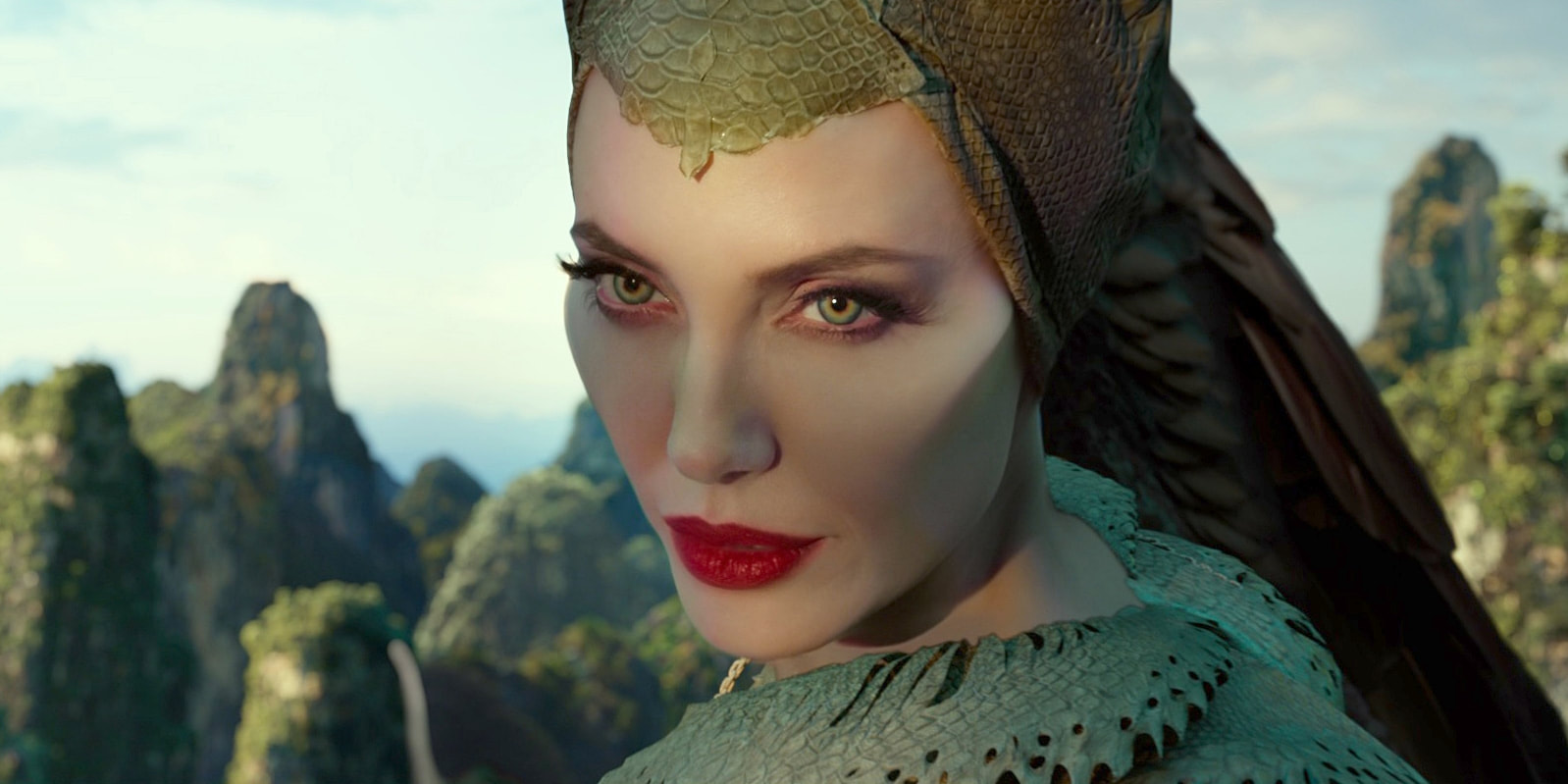 “Maleficent: Mistress Of Evil’s” presentation emphasized the enormous variety of work in display on the film aside from just Angelina Jolie. The film featured a huge variety of different creatures, many of whom were created using prosthetics and makeup, which factored in all of the different environments in which they lived. The team had to start from scratch because Disney threw away the molds from the first film. Every character had unique and individual skull/horn work, and these horns had to be easily removable or maneuverable since the actors were also doing a lot of wirework in the flying scenes. The audience seemed to be impressed including one audible “very nice.” 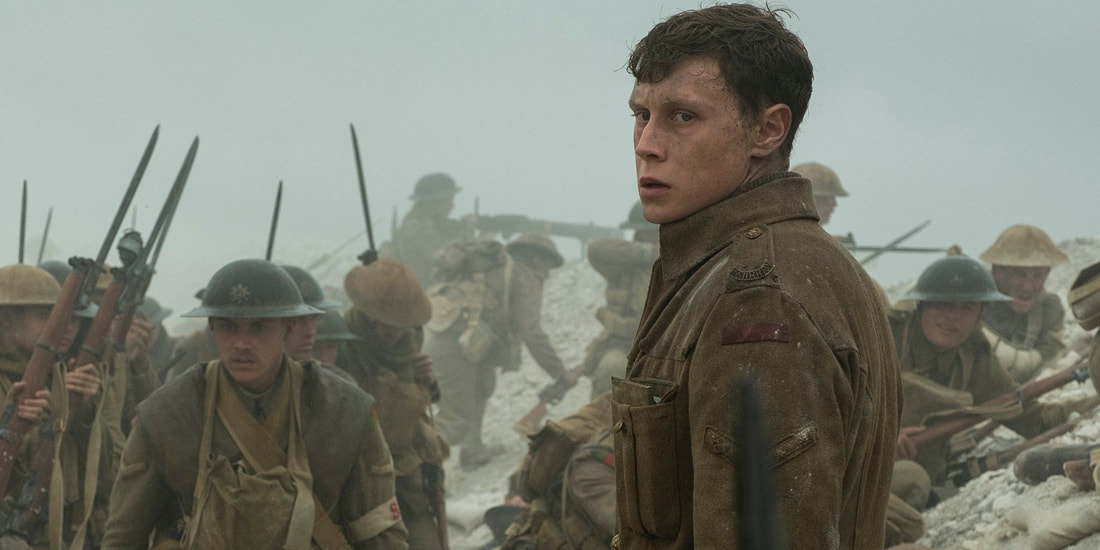 The “1917” presentation went in-depth on the importance of period-authenticity. Filming in sequence was obviously a huge challenge, and the makeup team would do multiple dry runs before actually filming certain sequences. The makeup team created the human and horse corpses (in various stages of decay). The audience was impressed that the production actually finished early, even despite having to do multiple takes. This was attributed partly to the makeup team’s preparation.

Once Upon A Time In Hollywood 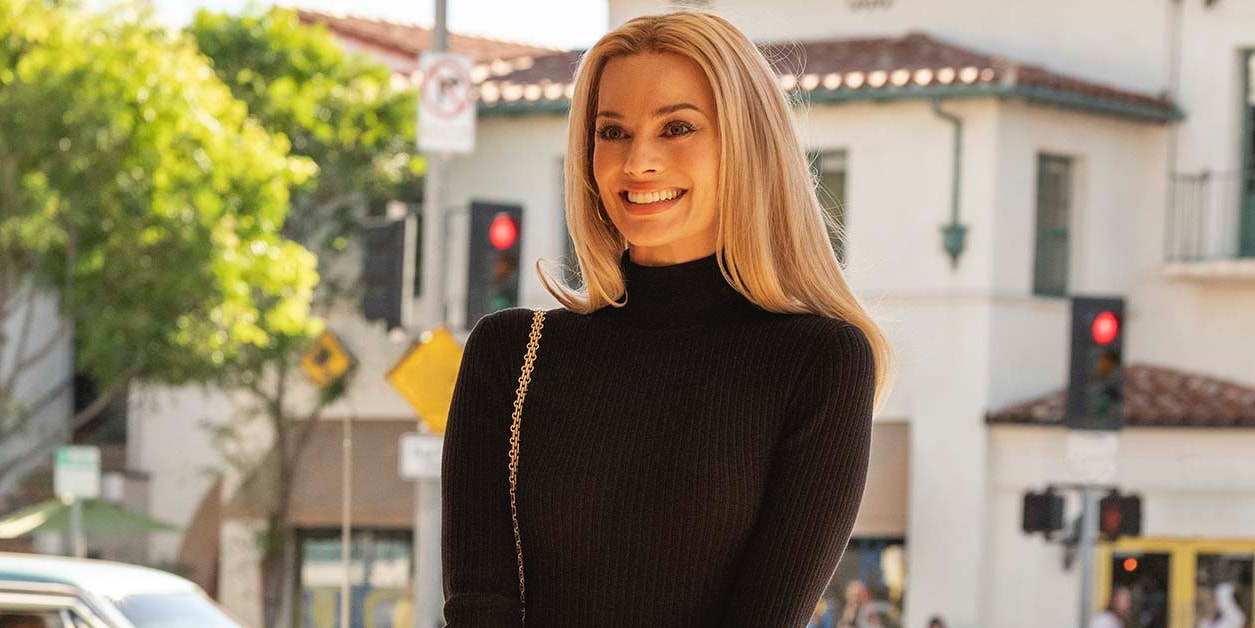 The presentation for “Once Upon A Time In Hollywood“ focused extensively on Margot Robbie. One of the makeup artists grew up in Pasadena and mentioned that part of the research included talking to her grandma, who was a hairstylist in LA in the ‘60s, and looking through yearbooks of the time. Quentin Tarantino was extremely serious about getting the period look right, although, if it wasn’t quite accurate he’d say, “I don’t care, that’s how I remember it!” The crew listened to Karina Longworth’s “You Must Remember This” podcast to get more insight into the era. The Charles Manson scene, though brief, took ten days to shoot in order to get his look just right. The makeup team told all the actors not to shave their legs, wax their armpits, etc, and they had to make sure all their tattoos were covered. One of the makeup artists actually plays a hairstylist in the film. There was an interesting audience question at the end, with one voter saying, “I’m very puzzled that you left a lot of stuff out of the reel that stayed with me. The body scarring on Brad Pitt, the burn work at the end, Bruce Dern’s work, so I’m just kind of confused as to why it was left out, do you wanna talk about it?” The team responded that they only had a short time to edit the reel and they figured people would have seen the film by now. 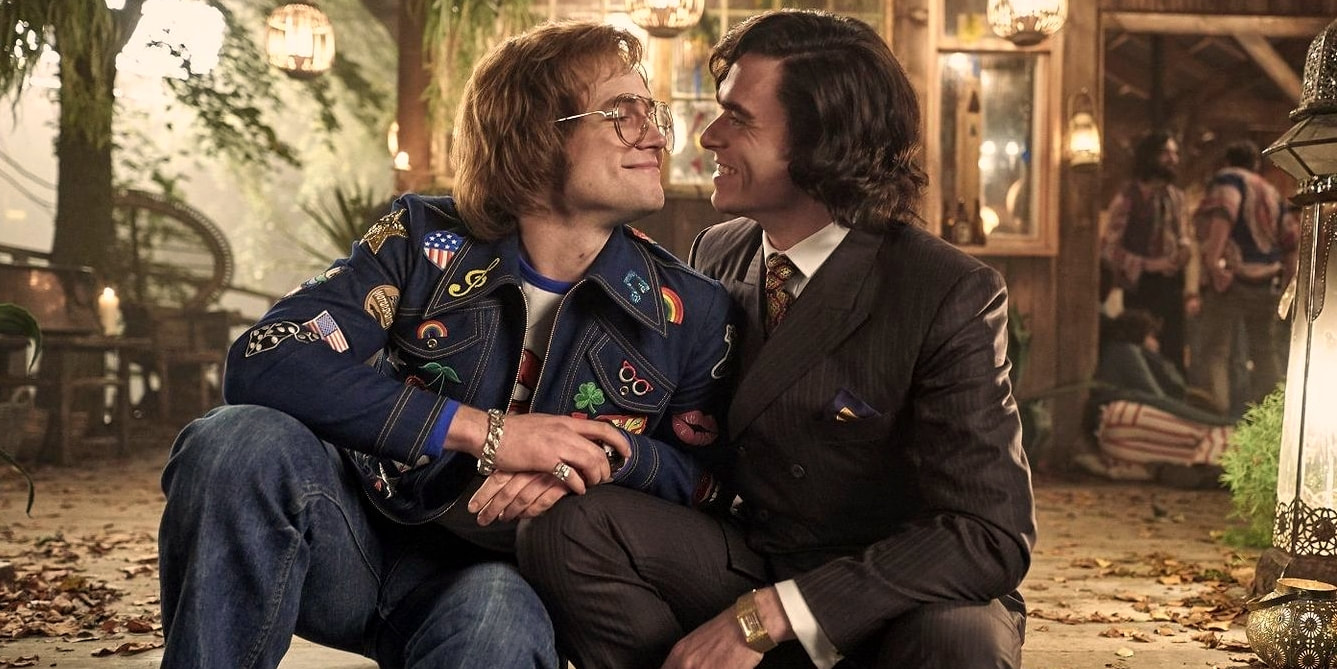 There was clearly a lot of effort put into making an engaging reel here for “Rocketman.” The real structured itself around the AA meeting as an anchor scene to contrast the progression of Elton John into his older self. The underwater scene took three days to film. There was quite a bit of makeup and prosthetic work for rapid aging once Elton starts abusing drugs. The singer himself provided a lot of old photographs and advice on certain aspects, and the team chose to highlight certain visual cues, such as Elton’s tooth gap and bushy eyebrows, without trying to actually replicate the artist to a T. At one point John saw a production still of Taron Egerton in makeup and legitimately thought it was an old photo of himself, which the team took as a huge compliment.

Afterward, voters seemed to be discussing “Bombshell,” “Joker,” and “Judy’s” presentations the most.

What do you think will be nominated this year for Best Makeup & Hairstyling at the Oscars? Let us know your thoughts in the comments section below or on our Twitter account.