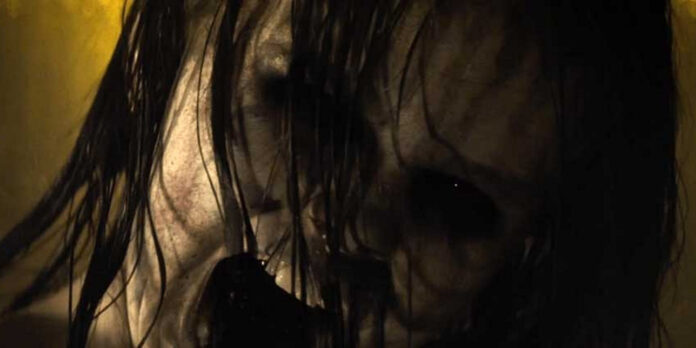 THE STORY – After a young mother murders her family in her own house, a single mother and detective tries to investigate and solve the case. Later, she discovers the house is cursed by a vengeful ghost that dooms those who enter it with a violent death.

​​As with all things in Hollywood, nothing is sacred. Even though it may be the general consensus that certain films are either untouchable masterpieces or cult classics, everything seems to be on the “inevitably will be remade or rebooted” chopping block – from franchises we thought to be previously finished, to one-off projects that are actually rather decent. In the latest attempt at a cash grab for an old property, “The Grudge” is a brutally painful, poor excuse for a horror film that feels more like a student film that somehow got away with getting an outstanding cast. The script is nothing but pure exposition, and despite the downright lovely cast, all of the actors feel as if they’re phoning in their performances. The visuals and editing are just bland and bring no creativity to the table. Then to top everything off, all of the scares are cliché and predictable.

After returning home from Japan, a nurse unknowingly brings with her a terrible curse. After brutally murdering her entire family, any person who sets foot into her home becomes cursed only to slowly go mad and die. Detective Muldoon (Andrea Riseborough) has recently moved to town with her only son when she discovers the mysteries surrounding the home, and soon realizes that the curse may be picking her as the next victim.

One thing that makes “The Grudge” tolerable is just how goofy everything is. While it’s pretty clear that almost the entire film is poorly made, the aspects go beyond just incompetence to straight silliness. It’s so ridiculous to the point where there is a scene where one of the characters asks another if they want some pie and the character says “…not that pie.” It’s pretty obvious that the film was trying to take itself seriously but just ends up falling apart at the seams.

Something that the film seems to be going for at the beginning, and that is completely abandoned by the end, is its use of scares. For a January released studio horror film, “The Grudge” is pretty much par for the course in terms of cliché. Things such as characters bending down and something being behind them, or a character hiding in a closet and something hiding in the dark; just the typical use of flashing an image on screen accompanied by a rather loud audio cue instead of building towards the jump scare. The film has a complete lack of creativity in every realm of the project. Scares, script, direction, music, lighting, composition, all of the small parts just feel bland and amateur.

There sadly isn’t too much to report in terms of the film overall. It’s entirely one-dimensional and has zero redeeming qualities. It’s something that has no heart or soul, it just falls flat on its face from the very beginning. It’s a little disappointing to see something so awful, especially since it’s meant to be a remake of the classic, “Ju-On: The Grudge.” The latter truly mastered atmospheric horror, which is ignored in the latest iteration of the horror tale.

“The Grudge” isn’t set up for success. Granted, it’s pretty on par for a January release. It has a boring script, it offers nothing new to its title, the acting feels completely fake and lazy, and nothing creative happens visually or editing wise. “The Grudge” is a horrible film, but it does bring some joy in just how ridiculous it is. Save up the money you lost during the holidays and skip it.