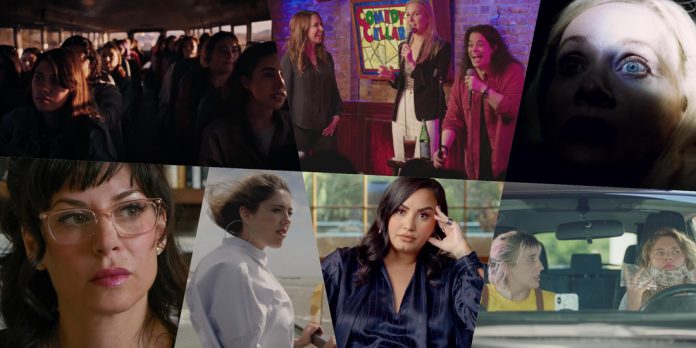 South by Southwest (SXSW) has announced several new titles that will be screening at the 2021 festival. These titles range from the psychological drama series “Confronting a Serial Killer,” to the YouTube Originals series “Demi Lovato: Dancing with the Devil,” which chronicles the life of the pop star in the wake of her nearly fatal overdose.

SXSW will be held online in 2021, which gives increased access to online exhibitions, special events, music showcases, and more. The festival platform will launch on February 15th, and the festival itself runs from March 16–20th at sxsw.com.

Read on below for a rundown of the titles that have been confirmed thus far.

“The Hunt for Planet B”
Director: Nathaniel Kahn
Plot: The Hunt for Planet B follows a diverse group of scientists on a quest to find another Earth among the stars. From the hi-bays of NASA to the edge of the universe and the bottom of the sea, the film offers a way to see our own planet with new eyes.
(World Premiere) (Documentary Spotlight)

“Luchadoras” (Germany)
Directors: Paola Calvo, Patrick Jasim, Screenwriters: Patrick Jasim, Paola Calvo, Phillip Kaminiak
Plot: Luchadoras portrays the courageous female wrestlers of Ciudad Juárez, a city known for its high murder rate against women — who fight in the ring and in their daily lives to redefine the image of what it means to be a woman in Mexico.
(World Premiere) (Global)

“Poly Styrene: I Am a Cliché”
Director: Paul Sng, Celeste Bell, Screenwriters: Celeste Bell, Zoë Howe
Plot: The death of punk icon and X-Ray Spex frontwoman Poly Styrene sends her daughter on a journey across the world and through her mother’s archives to reconcile their fraught relationship.
(North American Premiere)

“Violet”
Director/Screenwriter: Justine Bateman
Plot: A film development executive realizes that the “guiding voice” inside her head has been lying to her about everything.
Cast List: Olivia Munn, Luke Bracey, Justin Theroux
(World Premiere) (2020 Spotlight)

These exciting titles are merely a sample of the full SXSW lineup, which has yet to be revealed. The lineup will be unveiled in its entirety on February 10th. Which ones are you most excited to see? Share your thoughts in the comments below or on our Twitter account.