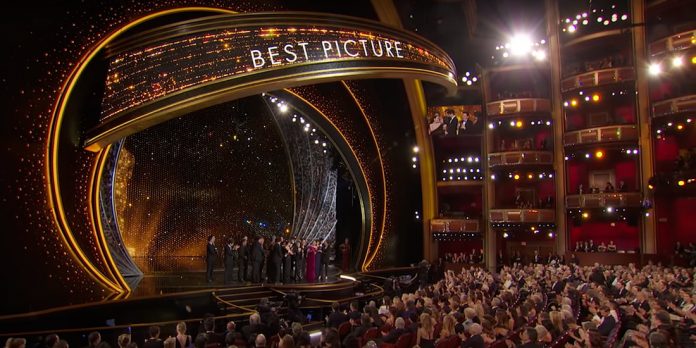 ​On the 10th of February 2020, history was made at the Academy Awards when “Parasite,” a South Korean black comedy thriller, won the prestigious Best Picture award. It became the first non-English language film to win the award, changing the perspective of what a Best Picture winner could be. This was generally well-received, with many film fans praising the Academy for awarding what was one of the most beloved films of the year and awarding an international film the big prize for the first time ever. The question now, heading into a new decade of awards season, is what impact will “Parasite’s” win make in the near future?

As much as we would love it, change within the Academy will not happen drastically. For a film that is not a standard pick for the Academy to go for to have the impact that “Parasite” had last year, there needs to be universal love for it. “Parasite” was clearly loved across the board, winning the top prize at most critic circles, the Screen Actors Guild awards and starting the campaign off with the Cannes Film Festival’s top prize, the Palme d’Or (the first South Korean film to earn that honor).

Not only that, but there are clearly some issues within the Academy in terms of representation that came through in last year’s nominations. While it is easy to praise them for giving “Parasite” the four wins it had, it is also easy to notice that out of the 19-nominated actors across the four acting categories (Scarlett Johannson was nominated twice), only one was a person of color: Cynthia Erivo for “Harriet.” This is also the same year that had no females in the Best Director category and two females across the ten films nominated in a Screenplay category, despite the push in Hollywood for equality in front of and behind the camera.

This year, the Academy has stepped up to try and fix the inclusivity issues that have been on display for decades. In September, the Academy established representation and inclusion standards that every Oscar contender must meet before they can even qualify for the awards. Whether they set the bar too low to make a difference in the industry is up for debate, but the Academy made their voices heard. Alongside that, 842 new members were added to the Academy, with a focus on becoming more inclusive and globally focused.

So, where does all of that leave us going forward in the near future? It could be possible that the Academy does take a step back and go for something more traditional as the next Best Picture. Director Spike Lee said in an interview with Variety that he does not believe the Academy has changed enough to replicate the “Parasite” win in terms of inclusivity or representation. It is easy to see that mindset when looking back at the short gap between the “Moonlight” Best Picture win and the “Green Book” Best Picture win occurring within two years of each other.

​Even if there are no sudden changes within the Academy in the next two years, “Parasite’s” win shows the potential for more non-English films to come forward and be a part of the conversation. 2020 was an outstanding year for the International Feature category. With the cancellation of film festivals such as Cannes this year, it was harder to get a grasp of what could breakthrough in this category early enough for a strong campaign to be made for any of them. However, there is certainly potential for another International Feature to sweep in and take the Best Picture prize home within the next decade.

Aside from the Best International Feature award, there are two other feature categories that separate films based on the filmmaking: Animated and Documentary. No documentary film has ever been nominated for the Best Picture Oscar, let alone come close to winning it. We are, however, hitting a moment in filmmaking in which more people are fascinated by documentaries than ever before. Not only are they a prominent aspect of numerous festivals, such as Sundance, but the quality of documentary filmmaking is growing. With the success of Netflix’s documentaries reaching a wider audience, to the number of documentaries that are releasing and getting major distribution, this could end up being the decade that we finally see one nominated for the top award.

It is a different story, however, with the animated feature films. As of now, three animated films have been nominated for Best Picture: one before the creation of the Best Animated Feature category in 2001 (1991’s “Beauty and the Beast”) and two afterward (2009’s “Up” and 2010’s “Toy Story 3”). We could end up seeing a fourth join that club this year, as Pixar has another go with “Soul.” There is a much easier pathway for an animated film to receive a Best Picture than a documentary but there might still be a while to go until an animated feature goes all the way and wins the big award.

Of course, perceptions of Oscar contenders are more than just the format of the film. The Oscars like to stick to the same genres and themes within their Best Picture picks: dramatic pieces about American issues and the American dream. “Parasite” subverted that by being a film that handled universal issues of race and poverty, but doing so in a dark comedy-thriller instead of the traditional thriller. This is the same Academy that is known for avoiding the horror genre, shutting out films such as “Us” and “Hereditary” over the past few years. Whether those films can slowly be considered contenders in the next decade is yet to be seen, but it is a step that would be welcomed by many in the film community.

Predicting the Oscars is hard enough, made even more difficult by the events of the past year. I would, however, like to make a prediction that the film industry will become more progressive in the next decade. Whether it is accepting more types of filmmaking in the Best Picture race or watching more people of color and women get recognized in some of these categories, change is coming. The Academy is clear that they are striving for representation within their branches and their hard work should pay off soon. Maybe not this year. But soon. Even if we have to be patient for a few more years, I believe victories such as “Parasite” will soon become the norm.

Do you think “Parasite’s” Best Picture win is signaling that the Academy has changed? Do you think a Documentary or Animated Film will be nominated for Best Picture and win within the next ten years? Let us know your thoughts in the comments section below or on our Twitter account.