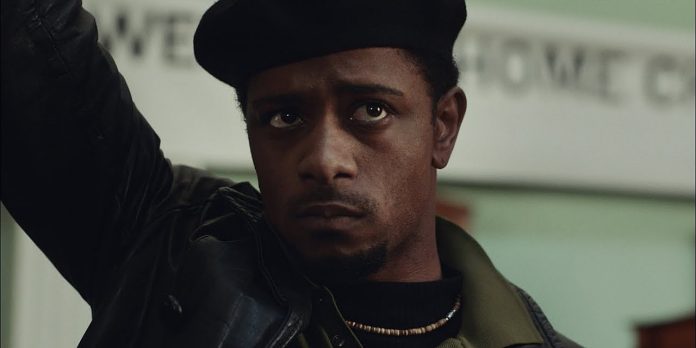 ​Reactions have now gone out for the last remaining films of this year’s awards season (with official reviews still to come). So now that we know the initial word on all of the films involved in this year’s Oscar race, how did that change up our predictions? Take a look down below to see in all of the above-the-line categories.

If you want to see our predictions broken down individually, category by category, click here.

Another day. Another week. While the rest of the world thinks that “Nomadland” is going to win Best Picture, the Next Best Picture team still thinks that once we get to industry and televised awards, the tide will start to change in favor of “The Trial Of The Chicago 7.” Emerald Fennell’s “Promising Young Woman” is doing better than expected with some critics groups as it picked up a few Best Picture prizes over these past few weeks. Meanwhile, the lack of support for “The Father” from various critics groups suggests that Sony Pictures Classics may not be doing the best job of getting the film in front of more people up until now (links and physical screeners are said to be going out) and with its release still officially set for next month, it really needs to rebound quickly. The first reactions to “Judas and the Black Messiah” were unveiled this week and it’s most certainly a strong Best Picture contender which could easily find its way into the lineup, should Warner Bros. continue to push it hard (it was recently announced that the film would premiere at this year’s Sundance Film Festival). But for now, this is a two-horse race between Netflix and Searchlight.

Much like the Best Picture conversation, the majority of the Next Best Picture team believes that once we get to televised and industry awards, that things will shift from critics favorite Chloe Zhao and over to David Fincher for his technically brilliant work on “Mank.” It’s a cruel twist of fate in a way because in 2010, Fincher was on the same path that Zhao and her film find themselves in with “The Social Network,” where he and the film swept the critics awards, Golden Globes and even went on to still win the BAFTA for Best Director but he famously lost the DGA to Tom Hooper and the same thing occurred on Oscar night. We believe the same thing will happen here but this time, it’s flipped in Fincher’s favor.

Zendaya hás entered the Oscar race in a big way with her captivating work in “Euphoria” director Sam Levinson’s “Malcolm & Marie.” While not enough of the team remain convinced that she can use her surprise Emmy win for the HBO show to give her the momentum to compete in this year’s Oscar race, I say doubt her at your own peril. We also saw the reactions to Lee Daniels’ “The United States vs. Billie Holiday” this week and though they were less than enthusiastic, most were quick to still single out Andra Day for her fiery and soulful performance as the iconic Black singer. This race is heating up considerably over who will get a nomination in the end and remains one of the most exciting categories to watch.

Dropped Out: Ben Affleck – The Way Back

Meanwhile, over in Best Actor, John David Washington also enters the Oscar conversation for his work in “Malcolm & Marie,” as well. Never before have we seen him be this loose and emotionally vulnerable. It’s a big performance that may prove to be divisive as more people see it but for now, it’s enough for him to crack an otherwise unwavering top 10 that still has Chadwick Boseman leading the charge.

Dropped Out: Natasha Lyonne – The United States vs. Billie Holiday

Maria Bakalaova’s rise in the precursors continues every day. We know that she’s going to receive a Critics Choice nomination and a Golden Globe nomination for Best Actress (Musical or Comedy) and shimmy even win the latter. However, many members of the team remain unconvinced that the Academy will go for such a bold and wildly comedic performance. Comparisons to Melissa McCarthy in “Bridesmaids” have been brought up but people need to remember that film was doing very well with the industry overall, receiving PGA, SAG and WGA nominations. While we want to see both her and Youn Yuh-jung get in, we have to give the edge to Yuh-jung due to “Minari’s” Best Picture momentum. It’s also worth noting that when reactions to “Judas and the Black Messiah” dropped this week, many quickly pointed out the emotionally affecting work from “Project Power’s” Dominique Fishback. Should the buzz for  “Judas and the Black Messiah” continue in a major way, expect to see her climb up the rankings.

A lack of a strong campaign for Stanley Tucci in “Supernova,” has kicked him out of the top 10 and he has instead been replaced with David Strathairn for his limited but natural work in “Nomadland.” Many, including myself, are viewing it as a coattail nomination should the love for “Nomadland” be bigger than we think amongst Academy members. He’s a previous nominee too, so it’s not out of the realm of possibility. Only two NBP members have seen “Judas and the Black Messiah” hence why Daniel Kaluuya is not number 1 for his incredibly strong and transformative work as Fred Hampton. Meanwhile, narratives are building for Sacha Baron Cohen (“The Trial Of The Chicago 7“) and Leslie Odom Jr. (“One Night In Miami…“) that could allow one of them to still win this category. Critics’ favorite Paul Raci (“Sound of Metal“) still remains outside of the top 5 until we see if he can receive a Golden Globe and SAG nomination.

With each passing day, the race for Best Original Screenplay looks like it’s coming down to “Promising Young Woman” vs. “The Trial Of The Chicago 7.” Should the former receive a Best Picture nomination, this race will get interesting very quickly. However, if it does not, then expect to see Aaron Sorkin coast to a second Oscar win.

“The White Tiger” comes back into the top 10 again after the underwhelming reactions to “The United States vs. Billie Holiday” came this past week. Outside of that, not much else has changed. “Nomadland” is picking up considerable momentum and could be seen as the one place to reward Zhao on Oscar night if all else fails. However, Kemp Powers wrote not just “One Night In Miami…” but also has co-writing credit on “Soul,” which will put him near the top in voters minds after delivering a due of successful screenplays. The Academy also tends to favor more dialogue heavy and “scripted” pieces of work which gives us pause with going all in on the much more quiet and thematic “Nomadland.”

Not much to say here. “Soul” recently won the Critics Choice Award for Best Animated Feature, is doing well with critics in the Best Picture and Original Screenplay categories for nominations and is leading the charge in wins for Best Original Score. The passion for “Wolfwalkers” is there, for “Soul” isn’t completely dominating the race. However, all signs point towards another Pixar win in this category as of today.

Dropped Out: The Mole Agent

After the horrific events of the past week (Capitol riots) and the good that came out of the state of Georgia, we believe that “All In: The Fight for Democracy” just received a massive boost in this race to compete against current documentary frontrunner “Dick Johnson is Dead.” An always ever shifting and unpredictable race (which major film will be snubbed this year), we’re keeping an eye on this one very carefully.

“Another Round” is still securely in the frontrunner position as no other International Feature film has been able to overtake it in terms of buzz. At this point, it’s more interesting to see which films might get nominated, rather than win because the win feels so predictable at this point. Like Documentary, no one can ever really tell you how this category is going to go until the shortlists are announced (February 9th).

All of our predictions can be seen broken down category by category here, along with the craft categories. Let us know your predictions and where you see the race as of today. You can either drop us a comment in the comments section below or message us on our Twitter account.