Surveying The Oscar Field: The 2017 Below The Line Categories (Part 3) 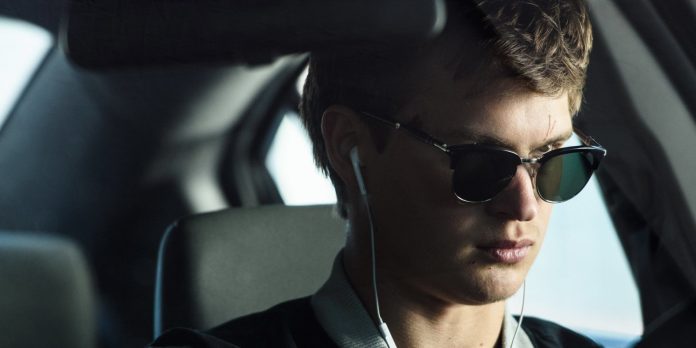 The New York Film Festival enters its final week, and TIFF is long-over. Oscar contenders start opening in wide release. We are officially into Oscar season. And as such, contenders begin to cement themselves. We have one or two new entries into Oscar competition, as Scott Cooper’s “Hostiles” landed a distributor and Oscar-qualifying release date. “Blade Runner 2049” premiered to strong reviews, but underwhelming box office returns. Time will tell whether its relative financial woes hinder its Oscar hopes. As a genre film, it was already facing an uphill battle with Oscar voters. Arguably, it needed to be a financial hit to make a major dent in the season. Finally, the first trailer for Woody Allen’s “Wonder Wheel” dropped, showcasing breathtaking cinematography courtesy of Vittorio Storaro.

Without further ado, here is where are tech races stand since our last check-in two weeks ago. ​

​”Blade Runner 2049’s” disappointing box office returns, compounded with the revelation that the film is extremely deliberately paced suggests that it will likely not be a major editing contender. Similarly, although the film juggles two time periods, further reports from “Wonderstruck” NYFF screenings indicate that its leisurely pacing will keep it out of Editing contention.

​While Roger Deakins remains the frontrunner due to his overdue narrative and critical acclaim, Hoyte Van Hoytema is picking up steam for “Dunkirk,” particularly in light of “Blade Runner 2049’s” disappointing initial box-office returns. A non-Best Picture nominee has not won Cinematography in more than a decade, which suggests that if “Blade Runner 2049” is going to be the film that ends Deakins’ losing streak, it needs to be a Best Picture nominee. At this stage, that seems unlikely. Meanwhile, WB is busy campaigning “Dunkirk,” sending out Blu-Ray screeners to voters. Hoyte’s work in the film is big and flashy, if not as much as Deakins’. Meanwhile, “Wonder Wheel’s” trailer showcased extraordinary work from Vittorio Storaro. Variety’s Kris Tapley has already seen the film and believes Storaro’s work is strong enough to snag a nomination (The second-ever for a Woody Allen film). We will know as of later this week, once the film has its NYFF premiere. Finally, as Scott Cooper’s “Hostiles” is officially being released this year, its haunting Cinematography merits mention.

​Relatively little has changed in this category since two weeks ago. As the buzz around “Three Billboards” increases, while “Wonderstruck’s” buzz continues to fade, one has to consider whether or not Burwell’s less showy work in the better-liked “Billboards” sneaks in over his work in the almost-silent “Wonderstruck.” Meanwhile, Hans Zimmer’s work in “Blade Runner 2049” seems to have been too atmospheric to make a major impression on critics or presumably AMPAS.

​Relatively little has changed for this category. Don’t count out either Dianne Warren effort, despite “Marshall’s” tepid reviews.

​This category remains intriguing. The majority of the frontrunners feature only one character with heavy makeup: “The Shape Of Water,” “Darkest Hour,” “It,” “All The Money In The World,” etc. Which means, we have room for some of those classic makeup branch surprises. Keep an eye on “Logan” and “Guardians Of The Galaxy Vol. 2.” “Blade Runner 2049” has disappeared from the list, in light of boasting relatively little showy makeup (Leto’s eyes aside.)

​”Blade Runner 2049” has firmly cemented itself into both Sound races courtesy of its extraordinary work. Regardless of how it fares in other categories, it could not be safer here.

And for Sound Editing….

​If you took one look at the trailer for “Wonder Wheel,” the first thing you would notice is Storaro’s cinematography. The second thing you would notice is the incredible production design, artfully recreating a colorful vintage Cony Island. “Wonder Wheel,” if acclaimed, could easily follow “Midnight In Paris’s” footsteps to a Production Design nomination. Oh, and did you see those sets in “Blade Runner 2049?” There is no justice in the world if that is not nominated.

​”Victoria & Abdul” is over-performing financially. AMPAS already LOVES to acknowledge Victorian period piece costume work. This seems as good a place as any to reward the film for its box-office successes.

Between now and the next edition, “Thor: Ragnarok” reviews will have dropped, letting us know if the film will enter more firmly into the Production Design, Costume Design, Makeup, and Visual Effects races. Be sure to check back in two weeks to see how the race has continued to progress. In the mean time, check out our updated predictions for these categories below.