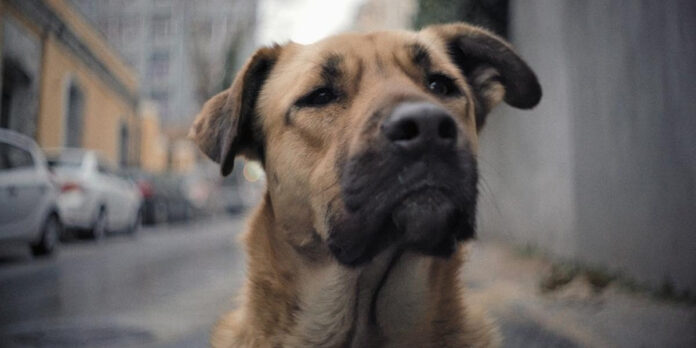 THE STORY – Meet the indomitable Zeytin, a stray who is treated with both disdain and mercy by the city’s human residents. Through the eyes of Zeytin and fellow strays Nazar and Kartal, we gain a unique and artfully-captured perspective of the lives and experiences of Istanbul’s residents and outsiders. When Zeytin’s journey intersects with that of homeless Syrian teenagers, Stray transforms into a poignant exploration of the parallels between our four-legged friends and the marginalised humans they share the streets with. Lo observes the shared resilience and bond between the young men and their canine friends, subtly asking questions on how society treats the most vulnerable.
​
THE CAST – Zeytin, Nazar & Kartal
​
THE TEAM – Elizabeth Lo (Director/Writer)

​Diogenes of Sinope was a Greek philosopher and one of the founders of Cynic philosophy, a controversial man who rejected social norms and made a virtue out of poverty. He made the conscious decision to beg for a living and lived out of a large ceramic jar. For all intent and purposes, the philosopher became a stray, living among the homeless of Sinope with only dogs for company. Throughout Elizabeth Lo’s feature debut documentary “Stray” we cannot help but be reminded of Diogenes and his brand of philosophy. In fact, the term “cynic” derives from the Greek word kynikos which means “dog-like.” Diogenes’ words are the first thing we see at the very start of the film, instructing us to study the dog closely as we could learn a great deal from watching the lives of dogs. Lo’s camera takes us on a journey throughout the streets of Istanbul with stray dogs acting as a guide. By studying these dogs closely, we see a world that is indifferent towards ‘stray’ human-beings and stray dogs alike. A world full of people too preoccupied with relationship woes to pay any real attention to those in need.

The stray that is the main focus of the film is a beautiful dog named Zeytin. We watch as she carefully maneuvers her way through traffic, with effortless ease as if she’s done this a hundred times before. At times, it becomes almost unbearable to watch as she comes into such close proximity with cars and trucks roaring on by. She seems so fragile but it quickly becomes clear that Zeytin is as tough as old boots. There are some beautiful close-up shots, with her head filling up the entire frame. Her eyes peering into the camera as if trying to communicate with us. They are big, soulful eyes, and we are left wondering just what sights she has seen exactly.

There are other dogs too, such as Nazar and a young pup called Kartal. These dogs show us a world divided by social class and status. They encounter pampered pooches whose owners fuss over them and pull them away from the strays. These dogs are regarded as undesirable by some, but that’s not to say that everyone they encounter treats them with the same apathy. There are the construction workers who feed Karlan and her family, cooking large batches of food and taking the time to brush them down with a broom. And, there’s the group of Syrian refugee teenagers who adopt Zeytin as one of their own.

Lo decides to focus on the refugees for a large proportion of the film’s runtime. They appear to be barely teenagers, but they have already become accustomed to a life on the streets, sniffing glue and selling whatever they can in order to get by. Like Zeytin, they too have been rejected from society and regarded by many as a nuisance. However, people seem a lot warmer towards the stray dogs than the actual human beings. We observe how the boys are kicked out of their make-shift shelter at the construction site, and forced to wander aimlessly around the streets.

The cinematography is definitely one of the highlights of the film. At times the camera prowls across the ground as if it was a dog, quickly darting around in order to keep up with the action. Beautifully mastered tracking shots follow the strays as they make their way down the roads, giving us a glimpse of the world passing by. Accompanied by the film’s score by composer Ali Helnwein, you become almost lost within the world of the film. Sometimes, the handheld camera and Go-Pro footage becomes a little too much, making the viewer feel dizzy and overcome with a sense of vertigo. However, it’s very rare to witness urban life in such a manner and you can’t help but be impressed by the fluidity and movement of the camera as we are taken on a phantom ride through the backstreets of a bustling metropolis.

While this will certainly be a haven for dog lovers, one cannot help but mention the film’s flaws which may impact your overall enjoyment. We barely get to know the stories of the refugees, which makes for a very disconnected and detached viewing experience. Lo seems reluctant to allow them to open up to the camera, and one has to wonder why this is the case. Perhaps, it was a case of privacy but we already witness so much on-screen that it just feels puzzling that they aren’t given the freedom to speak directly into the camera. There is also the issue of a lack of a firm structure that makes the film feel aimless, with no real conclusion. While some may enjoy this abstract approach to documentary filmmaking, those who prefer a more traditional documentary complete with voice-over and talking heads will find “Stray” somewhat frustrating. The dogs are charming to watch and ultimately are the ones that manage to hold our attention, but often it feels like this is a short that has been stretched out to a feature-length film. Like a stray dog, the film feels like it’s on its own aimless voyage, impossible to pin down.