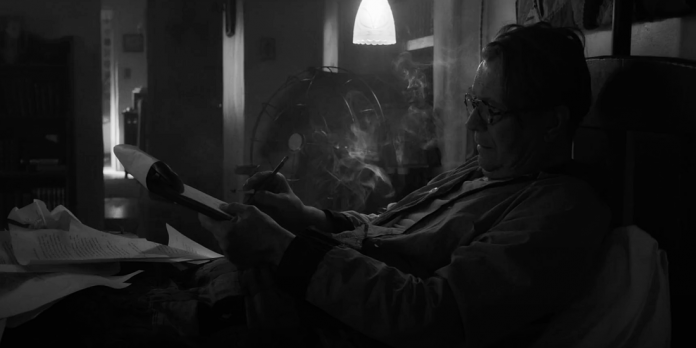 By Matt Neglia
​
Netflix has released the first teaser for “Mank” starring Gary Oldman, Amanda Seyfried, Lily Collins, Tom Pelphrey, Tom Burke and Charles Dance. The film marks the return of David Fincher back to feature length films after 2014’s “Gone Girl” and promises to be one of the year’s biggest Oscar contenders.
​
​Click below to see the trailer.

​
​Plot Synopsis: 1930s Hollywood is re-evaluated through the eyes of scathing social critic and alcoholic screenwriter Herman J. Mankiewicz as he races to finish the screenplay of Citizen Kane for Orson Welles.

So what do you think of the teaser? David Fincher is bringing back some of his collaborators while working with new ones for what looks unlike any other film he has made before. Trent Reznor & Atticus Ross have returned to score the film after previously collaborating with Fincher on “The Social Network,” (which they won the Academy Award for), “The Girl With The Dragon Tattoo” and “Gone Girl.” Kirk Baxter returns as the film’s editor while “Mindhunter” cinematographer Erik Messerschmidt is making his feature debut as the film’s director of photography. The screenplay is written by Fincher’s late father Jack Fincher, which went un-produced for decades.

*UPDATE*
There was a second trailer dropped online that was slightly longer, cut differently and revealed more footage…