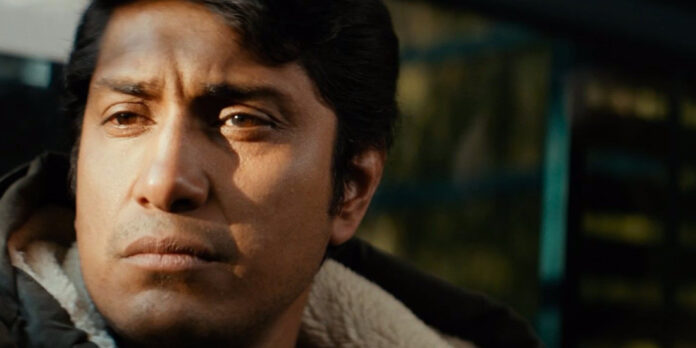 THE STORY – After the death of his grandmother, a Mexican biologist living in New York returns to his hometown nestled in the monarch butterfly forests of Michoacán, Mexico. He is forced to confront his past traumas, launching him on a metamorphosis.

A butterfly has long symbolized transformation and migration, which serves as the heart of Alexis Gambis’ “Son of Monarchs.” Our protagonist flies from home to pursue a life in science, but the journey isn’t always easy due to past traumas and self-doubt. Trying to find a balance between two lives, Gambis tells a story many immigrants will relate to. However, the downfall of “Son of Monarchs” is that it tries to pack in too many subplots that aren’t given time to be developed.

Though Mendel (Tenoch Huerta) grew up in the monarch butterfly forests of Michoacán, he decided to spread his wings and fly off to New York to pursue a career in science. His main subject: Butterflies, of course, as well as new technologies in genomics and molecular biology. His life in the United States is much different than what he once grew up in, which we see through a series of flashbacks. Mendel and his brother Simón (Noé Hernández) spent their days playing in open fields, looking at butterflies and annoying each other, as brothers do. But tragedy struck the boys early on — their parents died from a flood caused by a mine —and though he was very young when it happened and doesn’t remember much from the incident, it’s a trauma that has caused great pain.

When he receives a call from his family notifying him of his grandmother’s death, he returns home, where he finds that most of the butterflies have been wiped out by a snowstorm. Other environmental disasters, such as lack of clean water, have ravaged the town too. His absence and pursuit of a better life have also driven a wedge between himself and his brother, which is felt any time the two interact with each other. This homecoming is not one Mendel expected, and when he returns to New York, it sends him on a metamorphosis of his own, allowing him to explore the two lives he leads — one as a scientist living in the United States, one as a Mexican immigrant — and reconnect with his roots.

Though immigrants come from different walks of life, there are some experiences that are shared, such as inner conflicts. Leaving home to pursue a better life is a noble act and a decision that thousands upon thousands of people have made. But there comes a point when an individual begins to feel like they’ve turned their back on their family or let them down because they’re not physically there to celebrate the good moments or help during the bad. We see that between Mendel and Simón when the latter expresses that he stayed and was there for the family, while Mendel left them all behind. It’s something Mendel doesn’t want to hear, especially from his brother, because he knows it’s true, leading to the most emotional scene in the film.

When the film focuses on the ways Mendel struggles to stay connected to his old life, that’s when it excels. It’s a constant battle he’s going through — dating, living, and working in America, while everything he’s ever known is back home. His past haunts him, and when he breaks down in front of his brother, it’s almost as if he’s finally allowing himself to stop ignoring the pain. Huerta beautifully portrays this inner conflict, making us feel the pain, and often his silence and facial expressions say more than any words could.

But there are quite a few different subplots that appear in this story but don’t have as much effect. Set in 2019 during the Trump presidency, the film occasionally brings up the border wall and how people and animals would be affected, and former President Donald Trump’s bigoted opinions on Mexican immigrants. The references to butterfly migration patterns are also supposed to represent border crossings. Still, this subject isn’t very deeply explored; instead, it’s just mentioned on the surface level in a few conversations. Mendel’s hometown is also plagued by economic and climate woes, which again are subtly mentioned. There’s also a subplot with Mendel’s American girlfriend that gets too much screen time, as well as his New York life as a whole, rather than focusing more on his life and family in Mexico. And while it’s refreshing to see a Mexican man portrayed as a scientist, the science bits will likely lose audiences. His research is focused on altering monarchs’ genetic sequencing. With other big words being thrown around, it’s easy to feel overwhelmed (but many visually beautiful moments appear from under Mendel’s microscopes thanks to the vivid butterfly wings). Instead of piling all of these subplots into the film, Gambis should have focused on Mendel’s relationships with his family members, who all seem very charming, and dove deeper into his inner struggles. The flashbacks and few moments we see of him in Mexico leave us wanting more.

“Son of Monarchs” tries to tackle too many subplots at once, and ultimately, doesn’t allow for enough time to build on the personal conflicts Mendel faces with his past. But when it does center on his struggles, we’re given a whole new film that emotionally captures us.