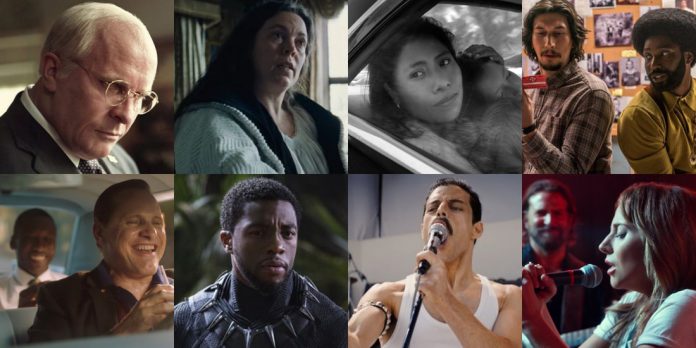 The morning is finally here! After months and months of deliberation, campaigning, and plenty of arguing, the nominations for the 91st Academy Awards are here. As per usual, they came with plenty of surprises, more than a few snubs, and plenty to talk about.

Let’s dive into our initial reactions to the nominations!

Alfonso Cuaron’s Netflix drama “Roma” remains our frontrunner here, after hitting almost every mark it needed to. It’s tied as our nomination leader here, along with “The Favourite,” with 10 nominations. In addition to its expected nominations, like Picture, Director, Foreign Language Film, Cinematography, and more, it also scored massive nominations for its two actresses, Yalitza Aparicio in Best Actress, and Marina de Tavira in Best Supporting Actress. While many were predicting Aparicio despite her lack of precursor nominations, far fewer were predicting Marina de Tavira to make it in, making her the only nominee this year to crack an acting lineup with no prior Critics Choice, Golden Globe, SAG or BAFTA nomination. The only nomination the film needed that it missed was Best Film Editing, and that’s a significant miss. Only one film has won Best Picture in since 1989 without an Editing nomination, and that was “Birdman.”

Still, it’s the first film primarily released on a streaming platform to receive a Best Picture nomination. This is a very solid haul in “Roma’s” favor. Along with a few films that underperformed today, it’s very easy to see “Roma” winning the whole thing, despite being a black-and-white foreign language Netflix film.

It was expected to do fairly well, but “The Favourite” snagging 10 nominations, tying for nomination leader, is a very strong outcome for the film. Like “Roma,” it hit everywhere it needed to, including Picture, Director, Actress, Supporting Actress x2, and plenty of technical categories like Production Design and Costume Design. Its Best Film Editing nomination may be the most telling nomination, as not as many predicted the film to break through there. The Academy clearly loves this movie.

As predicted, but no less exciting, “Black Panther” becomes the first-ever superhero film nominated for Best Picture. This is an outstanding achievement, especially in light of the Best Popular Film controversy from earlier in the year (which we won’t dive into here). The film snagged plenty of solid nominations as well, almost all of them being firsts for Marvel, including Score, Production Design, and both Sounds. Kendrick Lamar also became an Oscar nominee for his song with SZA, “All The Stars.” It’s a solid haul, but it did miss in a few spots many expected it to land, like Makeup & Hairstyling and Visual Effects. Still, these misses are minor in light of this major morning for Marvel and Ryan Coogler. 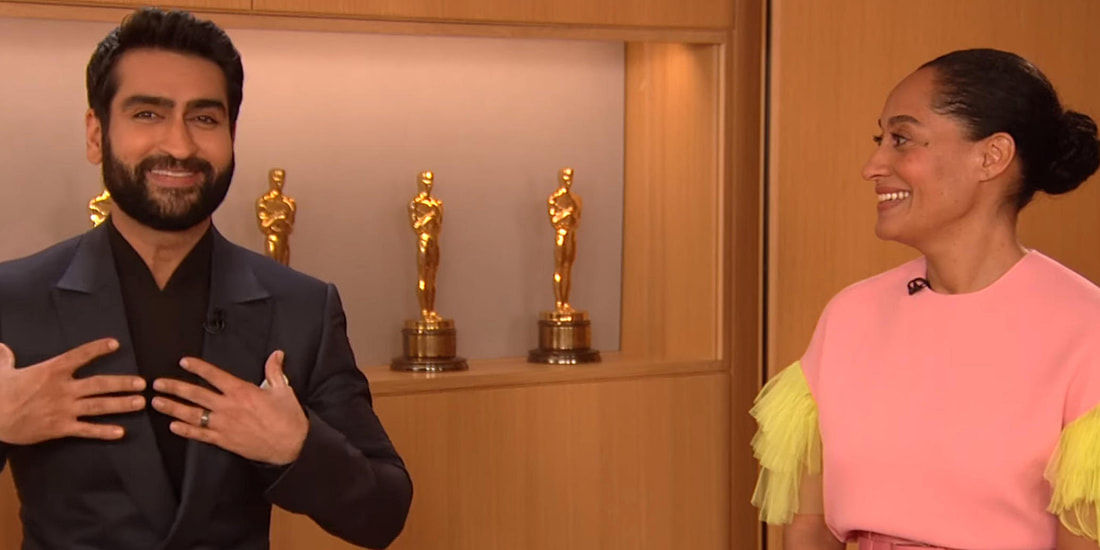 NEVER LOOK AWAY In Cinematography

Easily the biggest surprise of the morning was when Germany’s Foreign Language Film nominee “Never Look Away” landed in Cinematography. I’m unaware of any individual who was predicting this one. Caleb Deschanel scored his sixth nomination, but it’s his first in fourteen years since “The Passion of the Christ.” The film is joined by two(!) other Foreign Language films in Best Cinematography, Poland’s “Cold War” and Mexico’s “Roma.”

30 years after a shocking (and controversial) snub for “Do The Right Thing,” Spike Lee finally scored his first Best Director nomination, becoming the sixth black man to do so. It was a solid morning all around for “BlacKkKlansman” as well, where it landed six nominations: Picture, Director, Adapted Screenplay, Supporting Actor for Adam Driver, Editing, and Score. This is every statistical nomination a film needs to win Best Picture. This, along with its other precursor nominations (including SAG Ensemble), places it in a very good position to win Best Picture, if “Roma“ can’t get there first.

Some call it the worst of the year, but others, including the Academy, call it one of the best of the year. Adam McKay’s Dick Cheney biopic “Vice” made it into Best Picture. It also landed a massive eight nominations, including Actor (Christian Bale), Supporting Actress (Amy Adams), Director, Original Screenplay, Editing, and Makeup & Hairstyling. Reigning Best Supporting Actor winner Sam Rockwell was nominated again, this time for playing George W. Bush. Personally, this nomination is inexplicable, as I found that performance to be worse than a really bad impersonation from SNL. But alas.

In any other year, “Vice” would be the most divisive film of the year. Luckily for McKay, this is the year of “Green Book” and “Bohemian Rhapsody” (which we’ll get to next). Because of its divisive nature, it’s likely not going to snag many major wins here, but Amy Adams is looking stronger and stronger for her long-gestating Oscar win.

The two Golden-Globe Best Picture-winning films are now nominated for Best Picture with the Academy. I won’t dive too far into the well-documented controversies behind both films, but they’re substantial. It’s still a bit shocking that the films, especially “Bohemian Rhapsody” have made it this far, and they both scored five nominations. “Bohemian Rhapsody” had a pretty solid morning, with nominations in Picture, Actor (Rami Malek), Editing, and both Sounds. “Green Book” fared even better, with Picture, Original Screenplay, Actor (Viggo Mortensen), and Supporting Actor (Mahershala Ali), and Editing. The good news (for enemies of the films) is that neither seems to be a real threat to win Best Picture. With “Green Book’s” miss in Best Director, that seems highly unlikely to win now. Did you all breathe a sigh of relief?

Pawel Pawlikowski’s name was announced as a nominee in Best Director for “Cold War,” Poland’s Foreign Language Film nominee. It did not, however, score a Best Picture nomination. This is only the second time in the expanded era of Best Picture where a film landed in Director but not Picture. The only other time was Bennett Miller’s nomination for “Foxcatcher” in 2014. In addition to that nomination and Foreign Language Film, it also scored in Best Cinematography.

​A STAR IS BORN Had A Rough Morning

Despite being a threat to win the whole thing all season long, Bradley Cooper’s directorial debut “A Star Is Born,” came up short in a few key places this morning. The biggest of its 8 nominations are solid: Picture, Actor (Cooper), Actress (Lady Gaga), Supporting Actor (Sam Elliot), and Adapted Screenplay. But its misses were massive. Cooper missed in Best Director, and the film missed Best Editing. Those two are essentially required to win Best Picture. This, along with its inability to win at any of the Guilds thus far effectively kills its chances at Best Picture. Cooper’s Director snub was shocking to be sure, but it’s also not a snub that will cause enough outrage to propel the film to other major wins. Ben Affleck’s similar snub propelled Argo to a Picture win, but that won’t happen here. It won’t even help Cooper win Actor, not unless he wins SAG. But hey, at least Lady Gaga is winning Best Song.
​
​FIRST MAN & BEALE STREET Underperform

Despite a Best Picture-winning 2016 Oscar season for Barry Jenkins and Damien Chazelle (I mean they both won at least once…), their respective films barely made a dent this morning. “If Beale Street Could Talk” snagged three nominations: Supporting Actress (Regina King), Adapted Screenplay, and Score. “First Man” received four nominations, but not one in above-the-line: Visual Effects, Production Design, and both Sounds. This was more-or-less as expected, but “First Man” also had a big miss in Score (a category it just won at the Golden Globes and Critics Choice). A disappointing haul for two fantastic films that just couldn’t get their awards campaigns fully off the ground. At least they still showed up in some capacity and could still be in the hunt to win some of their categories.

WON’T YOU BE MY NEIGHBOR? Proves That We Don’t Understand The Documentary Branch

For the second year in a row, the most critically acclaimed AND popular documentary missed a nomination entirely. The Mr. Rogers documentary “Won’t You Be My Neighbor?” has been showing up everywhere all season, and even making lots of end-of-year Top Ten lists. Still, it couldn’t make the final cut this morning reminding us of what happened last year with Best Documentary sweeper, “Jane.” Morgan Neville won this category in 2013 for “20 Feet From Stardom,” and not even that previous win could help here. Another popular doc, “Three Identical Strangers” ended up outside the pack this morning as well. Thankfully “Minding The Gap” did receive a nomination, despite being much smaller and from a new, young director. Here’s hoping it could pull off a win.

Is that a big enough list of surprises for you? This has been a wild Oscar season, and there’s still plenty more time for craziness as we gear up for the awards themselves, happening on February 24th. What were the biggest snubs and surprises for you this morning? What’s your favorite nomination? Let us know in the comments below or on our Twitter account. The Oscar Predictions Pages are currently being updated and will go live later to reflect the nominations and our predicted winners.