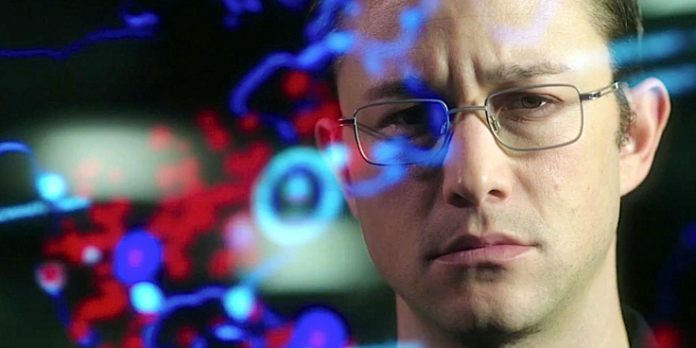 THE STORY – Disillusioned with the intelligence community, top contractor Edward Snowden (Joseph Gordon-Levitt) leaves his job at the National Security Agency. He now knows that a virtual mountain of data is being assembled to track all forms of digital communication — not just from foreign governments and terrorist groups, but from ordinary Americans. When Snowden decides to leak this classified information, he becomes a traitor to some, a hero to others and a fugitive from the law.

​Just because the true life events of a subject as fascinating as Edward Snowden make for a good documentary (As evidenced by the Academy Award-winning “Citizenfour”) does not mean that it will make a great film. Edward Snowden is a polarizing individual and there is no better filmmaker to tackle his story than the equally polarizing Oliver Stone who has commented on our country through films such as “JFK,” “Born On The Fourth Of July,” “Platoon” and “W.” With a captivating performance from Joseph Gordon-Levitt in the leading role, which is at times freakishly on point as far as his imitation of the real life Snowden goes, and a timely subject matter, how is it that “Snowden” manages to be a complete bore?

Edward Snowden (Joseph Gordon-Levitt) is a young and brilliant computer whiz who wants nothing more than to serve his country in a post 9/11 America. After being medically discharged from the army due to a broken leg, he quickly rises up the ranks in the intelligence community and ends up as a top contractor for the NSA (National Security Agency). He falls in love with a young artist named Lindsay Mills (Shailene Woodley) and for awhile it appears everything is fine, until Edward learns the horrible truth that the American people are being watched by the United States government through any and every means necessary. Paranoid and desperate to get the truth out, he steals top secret information from his work computer and leaves the country looking to blow the story to a pair of journalists from the Guardian Newspaper, Glen Greenwald and Ewan MacAskill (Zachary Quinto & Tom Wilkinson respectively) all the while having documentary filmmaker Laura Poitras (Melissa Leo) document all of the events on camera as they’re happening. Now a fugitive to his country and on the run, Edward Snowden must confront what he has done and the cost to his own personal life.

Joseph Gordon-Levitt throws everything he can into the role of Edward Snowden, from his mannerisms, to his voice and appearance. He passes off as Snowden so convincingly that when the real life figure shows up at the end of the film, if you close your eyes you seriously could not tell the difference between who was actually talking, Gordon-Levitt or Snowden? He is matched by Shailene Woodley who gives a warm and passionate performance as his girlfriend Lindsay Mills. In the scenes that the two share together, this is where the film is at its best. The way in which Stone’ screenplay, direction and the performances of his actors convey the complexity of their relationship is the heart of the film and it’s where “Snowden” excels.

For those who have never seen “Citizenfour,” “Snowden” will be a riveting story about patriotism, security and paranoia that will enlighten and enrage. But for those who have seen Laura Poitras’s Academy Award-winning documentary film, they will be bored to death as Oliver Stone plays the story relatively safe compared to his other political features. His filmmaking techniques are tamed and come off as lazy. There simply does not seem to be the previous fire and anger he showed in films such as “Nixon,” “JFK” or even a film such as “Wall Street.” Oliver Stone has not managed to produce a truly captivating film that can stand alongside his previous work in the 80’s or 90’s since “World Trade Center” and it appears we will have to wait even longer for that film to show itself.

All other talents in the film besides Gordon-Levitt and Woodley are wasted. Zachary Quinto gets a passionate rant at one point, Rhys Ifans (As Snowden’s CIA recruiter and mentor) delivers dialogue poignantly and Nicholas Cage shows up for two scene that doesn’t really amount to much. Those are the only three big takeaways I could come away with from a cast this large and that’s not a compliment. Even Anthony Dod Mantle (Who I’m a big fan of) shoots the film with a high-key lighting style that illuminates a wide color spectrum but doesn’t give this film the darkness it requires for a story all about secrecy and working in the shadows. Craig Armstrong’s score is also unmemorable which is also a shame considering his ability to elicit emotion from the viewer with his striking musical cues (See “Carol” for a great example of this).

The eagerly anticipated “Snowden” is a safe and bland picture from the once brave and bold director Oliver Stone. This is a film and a subject which should be getting people to passionately ask questions about the cost of National Security and freedom but instead puts you to sleep before your brain can even formulate the questions. If you wish to walk away from the subject of Edward Snowden with a better experience then I highly recommend the documentary “Citizenfour.” There is still good stuff in here as it pertains to Joseph Gordon-Levitt and Shailene Woodley, but this is certainly a missed opportunity for writer/director Oliver Stone.