“SCARY STORIES TO TELL IN THE DARK” 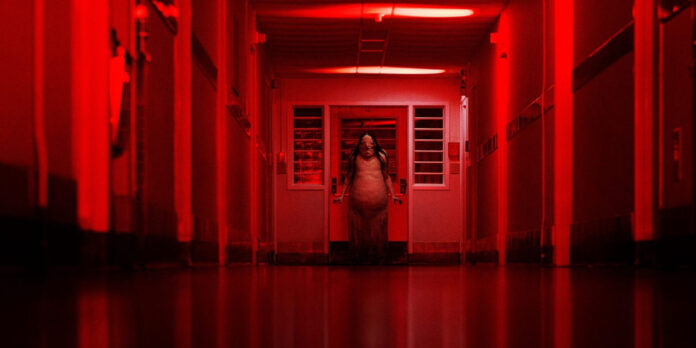 THE STORY – The shadow of the Bellows family has loomed large in the small town of Mill Valley for generations. It’s in a mansion that young Sarah Bellows turns her tortured life and horrible secrets into a series of scary stories. These terrifying tales soon have a way of becoming all too real for a group of unsuspecting teens who stumble upon Sarah’s spooky home.

​​​​​I must be upfront and honest, I went into “Scary Stories To Tell In The Dark” expecting a totally different type of movie. Not growing up with the beloved children’s horror book, I had no idea what to expect, other than this was being produced by Academy Award winner Guillermo del Toro and directed by André Øvredal, who impressed with “Trollhunter” and “The Autopsy of Jane Doe.” What I received was a horror film that is not targeted at me but to a younger generation. A generation of kids who are too old for “Goosebumps” but too young for “It.” This particular horror film may frighten young watchers and provide them the inspiration to look into the genre more but for this more seasoned viewer, it was a complete letdown.

It’s Halloween night in Mill Valley, Pennsylvania, 1968. Horror geek and writer Stella (Zoe Colletti) is out with her friends Auggie (Gabriel Rush) and Chuck (Austin Zajur), roaming around town, causing trouble with local jock Tommy Milner (Austin Abrams) and having fun as kids their age do. The group cross paths with a Vietnam draft deserter named Ramon (Michael Garza) and they all find themselves in a haunted house that once belonged to the Bellows family. When Stella uncovers a book written in blood in the house, the kids discover the tragic story of Sarah Bellows, who’s supernatural ghost continues to write stories in the book, which one-by-one will inevitably kill all of the kids.

Despite my misplaced expectations, I do have to contend that “Scary Stories To Tell In The Dark” certainly works on a younger audience. It’s certainly scary enough and features a likable protagonist in Stella. Øvredal also translates the stories well from the page to the screen, giving his audience enough variety in the set-pieces to enjoy. It also helps that the film relies on practical effects and makeup to bring some of the more horrific imagery to life, crafting some memorable moments and characters such as the Scarecrow, the Zit, the Red Room sequence, and the Jangly Man. Just don’t ask about some of those VFX moments. That’s an entirely different opinion. The film also paints a well crafted Vietnam allegory tied to the rise of Nixon and the youth of the country during the late t60’s which is interesting and weaved cleverly throughout.

Most of my issues with “Scary Stories To Tell In The Dark” though come down to the screenplay’s dialogue, the acting, and some sluggish pacing. Right away, the film fails to grip its audience in the opening minutes and presents a series of young characters who are both written and acted in a manner that is not endearing and likable but instead immature, annoying or in worst cases, bland. I don’t want to necessarily single anyone out but let’s just say this cast of young actors can’t hold a candle to the cast of “It” or “Stranger Things” when that is so clearly what André Øvredal is going for. The older actors such as Dean Norris, Gil Bellows, and Lorraine Toussaint are all either underused or fail to make a meaningful impression on both the story and the audience.

I went into “Scary Stories To Tell In The Dark,” wanting to enjoy it. And I can understand fully why some of my colleagues still did. Whether it was the misplaced expectations, lack of familiarity with the source material or failure to push aside what I believe to be fundamental flaws within the filmmaking, I did not enjoy this children’s horror film as much as others. That shouldn’t take away the things that André Øvredal gets right with this deep dive into children’s horror. There’s a lot done here from an experimental standpoint and with a degree of workman-like effort that I really appreciate. This will definitely sound selfish but I just wish that it actually, you know, scared…me! Guess, I’ll be in the dark on this one.