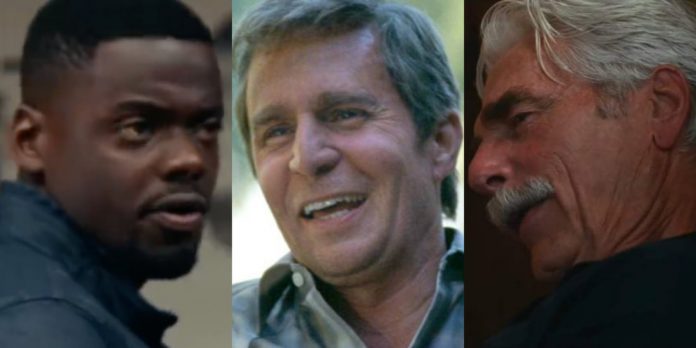 In the midst of all of the usual complaints about “why is so and so campaigning in Supporting? That’s a lead performance! Supporting should be reserved for actual Supporting Actors,” there has been a curious trend of arguing “so and so shouldn’t be in the Oscar conversation because they don’t have enough screen time!”

Three actors who have received such criticism include Sam Elliott in “A Star Is Born,” Daniel Kaluuya in “Widows” and Brian Tyree Henry in “If Beale Street Could Talk.” All reportedly have fewer than 15 minutes of screen time, yet all make an impression. Additionally, according to reports from early screenings, Sam Rockwell only has between 10 and 15 minutes in “Vice.” This criticism is odd for two reasons…A) a good performance is a good performance no matter how long. Just because you don’t have forty-five minutes of screen time doesn’t mean you don’t belong in the Oscar conversation and B) The Academy has a long history of nominating under 15 minute performances in the supporting races.

It seems that people focus on the occasional category frauded contender like Rooney Mara in “Carol,” and forget that this category first and foremost exists to acknowledge “supporting roles.” 10-15 minutes is a prime example of a classic supporting part. Not only does it feel silly to say a performance doesn’t deserve consideration because it is short, but it is also inaccurate to suggest that limited screen time will disqualify them from consideration.

​Aside from the often cited Beatrice Straight (“Network”) and Judi Dench (“Shakespeare In Love”) Oscar wins, there are many, many more nominations for almost equally short performances. In fact, there have been over 50 performances nominated that were under TEN minutes. In order not to write a novel here, I’ll just stick to performances nominated in the 21st century.

Sam Elliott’s screen time in “A Star Is Born” may not have been particularly substantial, but it would likely land around Hal Halbrook or Judi Dench numbers (let’s say 13 minutes). That’s just a tiny bit shorter than previous winner Alan Arkin’s total screen time (or Allison Janney’s 15:37 in “I, Tonya”). It shouldn’t knock him out of consideration for a win, and certainly not out of consideration for a nomination. The same applies to Kaluuya, Henry, and Rockwell.

Now obviously, when competing with performances that are arguably lead running in supporting like Timothee Chalamet (“Beautiful Boy“) and Mahershala Ali (“Green Book“), these truly ‘supporting’ performances may face an uphill battle when it comes to the win. But as far as getting a nomination goes, there is plenty of Academy history on their side.

Do you think the small screen time for Sam Elliott, Daniel Kaluuya, Sam Rockwell, and Brian Tyree Henry will work against them? More importantly, should it work against them? And which Oscar-nominated performance surprised you by how short it was? Let us know in the comments section below.

Special thanks to @matthewtimes for the screen time data. You can see more of his data here.