“Respect” Moves Its Release Date Out Of Awards Season 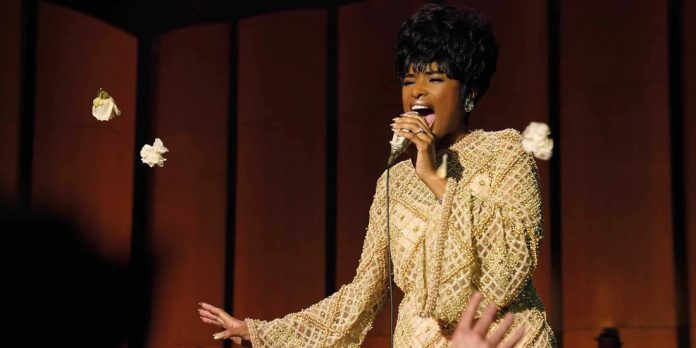 By Cody Dericks
​
The ongoing global pandemic has once again forced films to shuffle their release dates. As per The Wrap, MGM has moved the Jennifer Hudson-starring Aretha Franklin biopic “Respect” from its previous release date of January 15, 2021 to August 13, 2021. This is the film’s second release date push, as it was originally scheduled for October 9, 2020.

The studio has also pushed its sequel to 2018’s “Tomb Raider” to an unspecified date.

​The move means that “Respect” is no longer eligible for the upcoming Academy Awards and will instead be in competition for the 2021 awards. Hudson was expected to be a strong contender for this year’s Best Actress prize. Her co-stars Audra McDonald and Mary J. Blige were also considered to be in the running for Best Supporting Actress.

With previous winner Hudson out of the running the race for Best Actress is already narrowing down, even with six months until the next ceremony. This is good news for the leading women that pundits are predicting to be major contenders for the award, like Frances McDormand (“Nomadland“), Viola Davis (“Ma Rainey’s Black Bottom”), and Amy Adams (“Hillbilly Elegy”). This also bodes well for actresses from smaller films or films with a more divided response, like Kate Winslet (“Ammonite“), Michelle Pfeiffer (“French Exit“), Vanessa Kirby (“Pieces of a Woman“), and Carey Mulligan (“Promising Young Woman”).

So what do you think? With Hudson out of the race, who stands the best chance to be nominated for Best Actress? Could the film still be an awards contender next year? Check out our latest Best Actress predictions here. Let us know your thoughts in the comments section below or on our Twitter account.