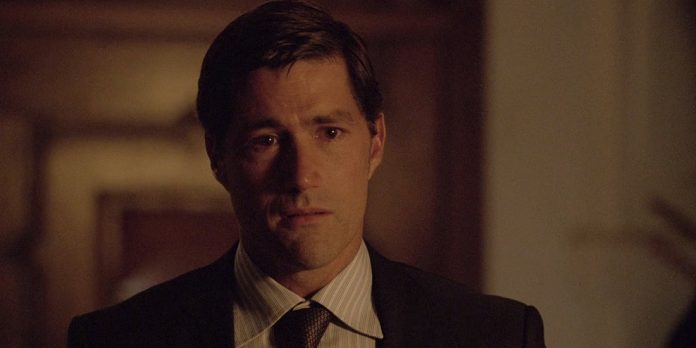 ​With Emmy Season approaching, I’m sure a lot of us are thinking about not only the current shows that we love but also the influential, impactful shows that are no longer around. And in terms of art that made a definite dent in the pop culture conversation, few TV shows this century have reached the level of ABC’s “Lost”.

For a television show that was such a talking point for the better part of a decade, the current feeling towards “Lost” is generally one of either ambivalence or disappointment from its viewers. While the show started strong both in terms of reviews, ratings, and awards, its finale has widely been regarded as a letdown, and that reception has only grown in the decade since it aired. I recently finished my first ever watch-through of the series and since I had somehow managed to completely avoid any details of what happens across the course of the show, I was able to go into the finale with a fairly unclouded perspective. And somewhat surprisingly, I loved it. Since this month marks exactly ten years since the finale aired, now is the perfect time to reassess it and explore some of the common complaints lodged against it. An obvious warning: spoilers will be discussed, so proceed with caution if you’ve also been putting off watching “Lost”.

The final season of “Lost” was definitely a challenge for viewers, even those who had been with the show from the beginning. The general storytelling thrust seems to change as the show goes on. While in its early seasons it’s a puzzle-based character-driven mystery show, it morphs into more of a serialized dual-timeline ensemble mode of storytelling in the last season. It’s a new direction for the show and it isn’t completely clear where it is going the entire time, which makes for a slightly confusing watch. We spend about half of the final season on the island, watching the characters endlessly run back-and-forth through the jungle, and the other half off the island in what appears to be an alternate timeline where the plane never crashed and thus everything we have seen up to that point never happened. All of this finally pays off in the last episode. We see the characters on the island succeed, for the most part, in saving the island from the evil forces focused on taking it over. And we also learn what exactly we are seeing in the off-island half of the season. These versions of the characters are eventually granted, through various means, the ability to see into the version of the world where their plane did crash. This all leads to a conclusion where it is shown, but not fully and completely explained, that this alternate timeline is actually a type of unnamed purgatorial afterlife where the characters had been given the chance to explore a version of their lives that wasn’t interrupted by the life-changing event that kicks off the show. Our heroes are then finally allowed to rest in an unspecified final afterlife. It is an unexpected ending, one which I found to be extremely satisfying and impactful. To see these characters go through so much in both versions of their lives and to finally be granted comfort, rest, and permission to stop running both from and towards chaos is very moving. Of course questions still remain, but this does not personally bother me, especially when we are allowed to see some of our favorite characters reach a conclusion that is satisfying to them.

Part of what makes the aforementioned transition of storytelling mode even more disorienting is the fact that for a show that made a name for itself by giving its audience thought-provoking and delightfully confusing mysteries, it doesn’t quite give us answers in a conclusive and obvious way. “Lost” actually leaves far fewer dangling threads than its current reputation would lead you to believe, it just doesn’t always highlight these conclusions in an obvious, specific way. Mysteries are subtly wrapped up in pieces, so that before you even realize it we’ve been given the answers and it’s no longer a mystery. In a way, this is not unlike real life. We rarely receive the answers to questions in ways that feel like they would be appropriate for a network drama’s season finale. It may be odd for a fantasy-based show to attempt to be grounded in such a way, but this almost-contradictory approach further pays off in the finale based on how you choose to interpret it.

​The series finale’s revelation that we have been seeing these characters’ potential alternate lives actually playing out in an afterlife seems to serve as a way to teach the audience a valuable lesson about the lives we lead. Part of being human is to desire and imagine a better life. Even those who are seemingly on top of the world are always striving for something; satisfaction is not an inherently human feeling. The afterlife that we see for the characters of “Lost” are mostly made up of objectively better lives than the versions of themselves that ended up on the mysterious island. Some of their relationships are intact or have different shades to them, some of them are pursuing careers that align with their skills and interests, and some of them simply reach the destination they were heading towards in the fateful plane crash. And yet, even though their lives may seem to be better if for no other reason than they didn’t end up stranded on a remote island, few of them are satisfied. The finale’s revelation of what exactly we’re seeing in these storylines gives the audience an advantage over the characters – we know how much worse their lives could be. It is human to strive for better or to think our lives need to be endlessly improved, but few of us take the time to truly appreciate what we do have. This is not to say that aiming for a better life is ignoble, but to do nothing but disregard what you do have is a sure way to achieve unending spiritual dissatisfaction.

The finale also puts in new light something that the characters had mostly been taking for granted: the people who came into their lives through nothing else but coincidence. The final moments show us that this disparate collection of people was always meant to collide together. Across the last season, we see how these characters run into each other in new and unexpected ways, even when their lives are completely different in almost every way from the people they are in their lives after the plane crash. And for the most part, they all help each other in the afterlife. “Lost” presupposes that not only is the fateful intertwining of human lives inevitable, but also that it’s up to us to figure out what we must do to improve each other’s lives.

While I found the finale to be a complete success in achieving its goals, both narrative and interpretive, I don’t blame anyone who was left unsatisfied by the ending. The show touted itself from the beginning as a mystery box, and for it to pivot into a denouement that doesn’t seem to value the answers to these mysteries is disorienting. Still, I will say that as someone who knew nothing about the ending besides the general consensus that it is unsuccessful, I found much more to value than I had expected. “Lost” ultimately says much more about our lives than a show that is so mystery-based and fantastical may seem capable of doing.

​How do you feel about “Lost” and its series finale? Let us know your thoughts in the comments section below or on our Twitter account.

Special thanks to the biggest “Lost” fan I know, Zack Weiss (@aprespompeii), for his assistance on this article.