Reflecting On The 2010s: Best Of The Decade 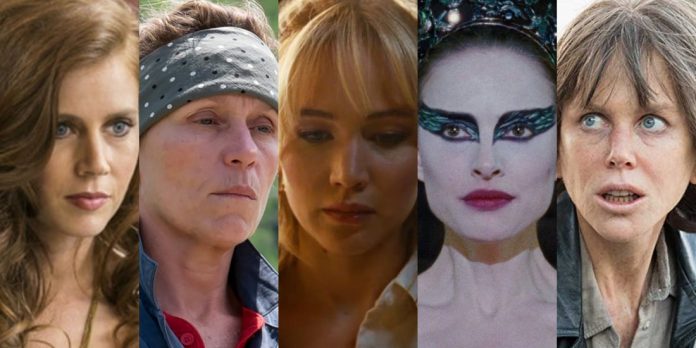 I began my Oscars and awards season journey in 2007-2008. I’ve lived through film and everything awards-wise in this decade in real-time. I’ve grown into the person I am through this journey. My tastes have evolved as the decade has gone on, and I’ve found a happy medium of how I like to look at films, analyze them, and learn to appreciate various aspects of them. When I think about this past decade in film and their concurrent awards seasons, 2010-2019 was an arc of personal growth for me. My trademark on Next Best Picture is the passion I have in my analysis or even advocacy for films that move me. It’s a blessing and a curse because, like many of us who invest so much into Oscar season, when things within awards season don’t go my way, it can lead to vast disappointment.

​I’ve lived through some bitter letdowns this decade…

These were brutal blows to me. However, I’ve learned something over this past decade. In particular, the lesson I learned was illuminated with my practice of the awards season this year: I discovered how to love the films I love without becoming invested in their rise or fall at the Oscars. Recently, the Oscar nominations were announced and they left many outraged. Many were upset at Jennifer Lopez’s snub for “Hustlers.” I was very disappointed Lopez was skipped over, as I was at Greta Gerwig’s Best Director omission for my favorite film of the year, “Little Women,” and “Frozen II” not being honored with a Best Animated Feature nomination. “Frozen II” is a movie that is deeply effective and personally important to me. I was disappointed in the absence of its nomination, sure, but unlike in years past, the feeling was fleeting. I didn’t feel weakened like in years past. For instance, when Next Best Picture’s own Matt Neglia called me on nomination morning, shortly after the nominees were announced, he asked me, “Are you okay? I’m calling to check on you.” I responded with confusion; I was unaffected by whether the Academy chose to align their chips with mine.

It felt so liberating to feel like a neutral third party to the Oscars, not emotionally wrecked by the Academy not delivering on my personal investment. I saw this as a decades-long of change for me, someone whose love for movies can reach the most passionate highs. Let’s be real, this is probably a result of 2019 just being the God-awful worst, between the last two items on my list. Those developments deadened me. I write that sarcastically, yet, the experience made me a better predictor. I predicted 97 out of the 124 nominations correctly.

In the end, I don’t understand why “Joker” received eleven nominations, but I’m not joining the outrage; I’m simply moving on and enjoying the rest of the season. Thus, if there’s anything I can leave you on, it would be to find a way of rooting for your favorite films and performances without becoming emotionally invested in the awards shows. It makes you a better predictor and enhances the experience you have living through season after season.

(NOTE: The systemic inequalities regarding the lack of representation for nominees with regards to race, gender, and sexual orientation/gender identity needs to be addressed. That outrage is fully deserved, and the disappointment with nominations I reference above is addressing something different. Justice for representation is still something the Academy desperately needs to confront and embrace.)

This has been a momentous decade for me. Below is my “end of the decade” lineup – treating all ten years of the 2010s as though it was one singular year and creating normal Oscar categories out of my personal awards. I enjoy seeing films most of us have studied so intimately through each Oscar season compared with films of other years. It creates a large picture of clarity and re-contextualization. Some of my selections don’t flow according to the wave of consensus thinking (for instance, the placement of “Joy” will probably raise eyebrows), but that is the spice of life and what makes the subjective awards season such a diverse club of which to be a part. The films I list below represent some of my most profound cinematic experiences of the decade. Unfortunately, not all of them performed excellently with nominations this season, and that’s part of the fun.

Thank you for a wild decade. What are your thoughts on my rankings? Let us know in the comments section below or on our Twitter account. Also be sure to check out my Top 10 films of 2019 here and be on the look out for our NBP Film Community Award Nominations celebrating the end of the decade. ballots are going out soon!