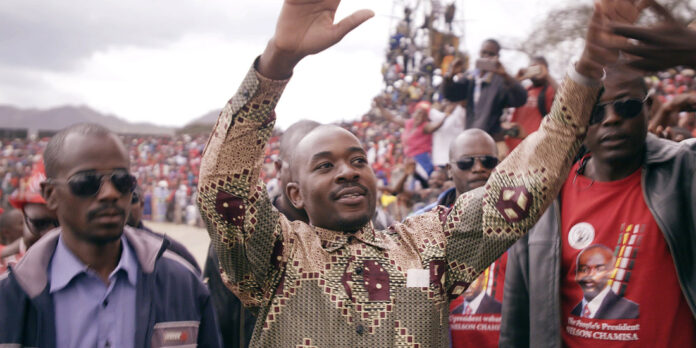 ​​At first glance, the idea that a presidential election campaign in Zimbabwe would be the subject of a powerful documentary might seem an unlikely one. But in the hands of Danish filmmaker Camilla Nielsson, her latest documentary, “President,” is not only gripping but downright revelatory. Nielsson is no stranger to politics in Zimbabwe. Her acclaimed 2014 documentary, “Democrats, “focused on the aftermath of the country’s corrupt long-time strongman Robert Mugabe’s controversial 2008 election win after which rival political parties meet (and butt heads) to cobble together a new constitution for the country.

“President,” which won the Special Jury Award for Vérité Filmmaking at this year’s Sundance Film Festival, is a sequel of sorts to “Democrats,” picking up the story in 2018 as Mugabe is overthrown in a coup led by members of his own ZANU-PF party and replaced by his former Vice President, Emmerson Mnangagwa. Though Mnangagwa calls for new elections, promising the transparency that was missing during Mugabe’s era, when we meet the new boss, we quickly recognize that he’s the same as the old one.

The rival liberal party, the Movement for Democratic Change (MDC) Alliance, is seen as a heavy underdog in the election race, particularly after their veteran leader and presidential candidate, Morgan Tsvangirai, suddenly dies a mere four months from the election. The MDC must then turn to young activist lawyer Nelson Chamisa to pick up the party’s mantle, and, to the surprise of many, Chamisa becomes an enormously influential campaigner among Zimbabwe’s often-impoverished voters, displaying an empathic skill that Mnangagwa lacks.

Surprised and alarmed by Chamisa’s growing success on the campaign trail, Mnangagwa and ZANU-PF seek the help of the Zimbabwe Election Commission (ZEC), the allegedly neutral body assigned to run the election itself. Chamisa’s electoral fate is left in doubt by swearing in a new commissioner, Judge Priscilla Chigumba, who seems ready to do the president’s bidding.

As was the case with “Democrats,” Nielsson is given maximum access, at least by Chamisa’s team, that allows us an insider’s look at just how a campaign must react to an election’s unexpected twists and turns. The ZANU-PF, on the other hand, offered zero access, limiting Nielsson to cover Mnangagwa solely through his appearances at public functions and thus lending this docu-thriller its own ready-made villain.

If there is a flaw in “President,” it may be that its leisurely 130-minute runtime at times works against its often gripping material – a few trims in its rally scenes might make the documentary hit home with more significant impact – but that’s a relative quibble in an otherwise powerful film. Nielsson is a skilled enough filmmaker never to hammer her points home, but the cries of “fake news” and “election fraud” heard throughout “President” still have resonance in a country half a world away. I suspect that Nielsson’s filmmaking skills, which are fully on display here, will help “President” be a major player in this year’s awards season.