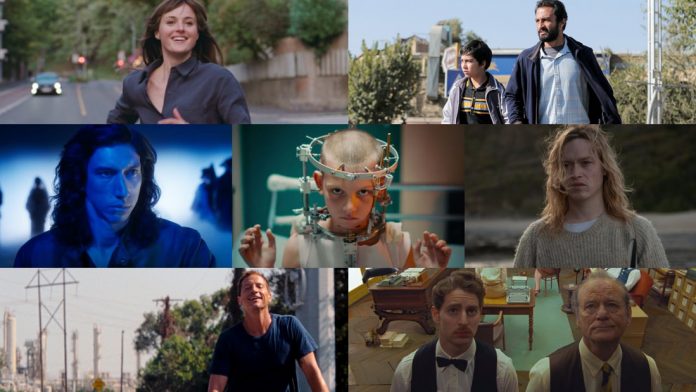 ​From a bomb scare to saliva tests to a goofed-up Palme d’Or reveal, the 74th Cannes Film Festival provided twelve enormously memorable days to kick off the 2021 awards season. Were there any Oscar contenders to emerge from the festival? Let’s take a dive into the reactions and see where things stand.

The first in-person Cannes celebration since May 2019 ended on Saturday night as Jury President Spike Lee announced the jury’s selections for the coveted prizes for the films in competition. And they are…

What to make of it all? By and large, the films in this year’s competition were thought by most observers to be a strong lot which, while perhaps lacking a galvanizing film like “Parasite,” offered very few out-and-out dogs. And as is always the case at Cannes, there was the requisite collection of batshit crazy movies (I’m looking at you, “Aline”).

So how do this year’s Cannes prizes affect the upcoming awards race? In previous years when Cannes was held in May, it was a leisurely lope through the awards calendar until the first film festivals in the fall. But with Cannes in July this year, that lope has become a six-week sprint to Venice on September 1 and Telluride the next day. So, in one sense, it will be easier for the Cannes winners to carry along any momentum that they might gather from their victories into the fall. But have any of these winners shown the stuff to make it through the grueling awards marathon that’s just ahead? I have five takeaways from Cannes that could provide us some clues.

Can Palme d’Or winner “Titane” follow “Parasite” to Oscar glory?
The polite answer is “no way in hell,” given the fact that “Titane’s” plotline – a serial killer has sex with a car, then disguises her gender and poses as the son of a fireman – is anything but Academy-friendly. The real Oscar question about “Titane” is whether France will have the nerve to submit it as its standard-bearer in the International Feature race. After all, should France get cold feet, there are several French alternatives even among films in this competition (such as Jacques Audiard’s “Paris, 13th District” or Catherine Corsini’s “The Divide”) that might be seen as more typically reflective of the country’s film industry today. Nonetheless, the achievement by “Titane” director Julia Ducournau (only her second film following her debut, “Raw“) is history-making in so many ways. For example, she is only the second female filmmaker to win the Palme d’Or (after Jane Campion in 1993) and the first to win it on her own (Campion shared her prize with “Farewell My Concubine” director Chen Kaige). Plus, at 37, Ducournau is the youngest filmmaker ever to win the Palme. “Titane” is a bold selection for the big prize, but I wouldn’t have expected anything less from a Spike Lee-led jury.

All kidding aside, has any real Oscar player emerged from this year’s lineup?
Despite its runner-up prize to “Titane,” Asghar Farhadi’s “A Hero” is almost certainly the genuine Oscar breakout among the films from this festival. Expectations for “A Hero” were almost impossibly high at the start of the competition, and the consensus among most film writers is that Farhadi not only met but exceeded them. Of course, two films from this Iranian writer/director – 2011’s “A Separation” and 2016’s “The Salesman” – have already won the Academy Award as Best International Feature, and the strong reviews coming out of Cannes for “A Hero” (100% Fresh on Rotten Tomatoes) suggest that a third win may be on the horizon. The story of a man (Amir Jadidi) imprisoned for an unpaid debt who suddenly finds a bag of money poses just the kind of ethical question that Farhadi’s best films are built around. In fact, the Cannes reviews for “A Hero” are so strong that they suggest that additional Oscar categories may also be in play. An Original Screenplay nomination would seem logical (Farhadi earned a nomination there for “A Separation”), and it’s possible that he may slide into that “esteemed foreign director” slot that the Directors’ Branch seems to bestow annually. It’s not even out of the question that Jadidi (with a few critics’ awards under his belt) could be in the mix for Best Actor consideration. Before Cannes, “A Hero” was highly anticipated but still a question mark. With its current acclaim, however, it’s clear that Farhadi’s film will be a significant player all through awards season.

Other possible award contenders?
The entry of Sean Baker’s “Red Rocket” into the In Competition lineup took some Cannes watchers by surprise. Still, the film’s reviews are terrific across the board, particularly for the original screenplay by Baker and Chris Bergoch (who both previously collaborated on “The Florida Project“) and the lead performance by “Scary Movie 3” alum Simon Rex, each of which could conceivably be a factor in the Oscar race. Also highly anticipated, Wes Anderson’s long-delayed “The French Dispatch” opened to solid reviews, with Anderson as a strong possibility for a fourth nomination for Best Original Screenplay. Other Oscar nominations below the line for the film’s highly regarded look are also likely in the offing. In the race for Animated Feature, two more Cannes entries have entered the mix – “Belle,” Mamoru Hosada’s visually dazzling look at identity in the age of the internet, and “Where Is Anne Frank?” the latest from “Waltz with Bashir” director Ari Folman – and earned strong enough reviews to be credible alternatives in this already-crowded animation race.

What Oscar possibilities for International Feature should we now consider?
Cannes has always been the springboard for several films that have eventually been shortlisted and/or nominated for Best International Feature. Cannes 2021 will likely be no exception. Being invited into the Cannes competition raises any film’s profile, and to be a Cannes prize winner shines a spotlight on a film that its host country ignores at its own peril. Don’t be surprised if we see “A Hero” (Iran), “The Worst Person in the World” (Norway), “Compartment No. 6” (Finland), “Memoria” (Thailand), “Ahed’s Knee” (Israel) and “Drive My Car” (Japan) going head-to-head again later this year for a spot on Oscar’s International Feature shortlist.

What about “Annette”?
What, indeed. Make no mistake, the Best Director award given to Leos Carax is a big win for the Amazon release, which will hit theaters in three weeks and streaming in a little over a month. “Annette” now has a strong platform with which to mount an effective awards campaign, but in addition to the wild content of the film, the biggest challenge facing any awards campaign for “Annette” is the calendar. The film is almost guaranteed to make a splash with its theatrical premiere and will probably get another bump when it hits streaming, but from then, it’s a long six months until Oscar night, an eternity in the awards world. How to keep “Annette” front of mind should be job priority number one for Amazon’s awards department. I can see a world in which Adam Driver’s swing-for-the-fences lead performance attracts some critics’ groups (or maybe this year’s Best Actor winner, Caleb Landry Jones, might steal his thunder instead?), and that Sparks song “So May We Start” is damned catchy. With Edgar Wright’s “The Sparks Brothers” documentary out with high notices, it’s definitely a prolific year for the musical duo that could result in some accolades at the end of the year. Otherwise, it looks like a challenging awards road ahead for the film, even with this Cannes win.

One last note…
God bless Spike Lee. Who else could screw up so royally on the Palais stage, accidentally reading the name of the Palme d’Or winner first, then go backstage to own his mistake in front of the press entirely and walk away like an NBA champ? Can we make Spike Lee our permanent Cannes Jury President, please?

Next up on the festival trek are Venice and Telluride in early September, and we will be covering them both in-depth in our season-long quest to find the Next Best Picture Oscar winner. Stay tuned! Do you feel any Oscar contenders emerged from this year’s Cannes Film Festival? If so, in which categories? Let us know in the comments section below or on our Twitter account.