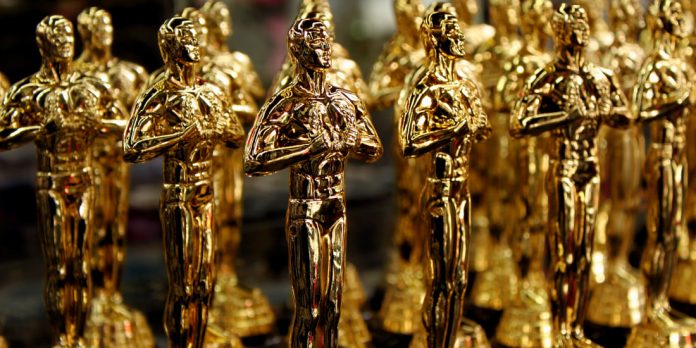 For years, we have been asking for the Academy to make certain logical changes (For example, increase the Makeup & Hairstyling category to 5 nominees like every other category) or add categories such as Best Ensemble Cast (Which would be awarded to the casting director). Yet, instead of adding another category for “Best Stunts,” which surely would get the above mentioned blockbuster films more consideration for another category, the Academy did something worse. Much worse.

In an effort to capture a younger and wider demographic for their slowly declining telecast ratings – never mind the fact that a tremendous amount of television watchers have cut the cord in recent years and/or watch all the highlights on YouTube, they instead have sacrificed their own prestige and integrity to create a new category known as the “Best Popular Film.”

Let’s call it like it is: Instead of the Academy being patient and waiting to see if the new members they invited to join them this year, had any impact at all on “Black Panther” getting a Best Picture nomination, they instead rushed to create a new category where it will now surely get nominated and maybe even win. Are they afraid of the backlash of another “OscarSoWhite” if “Black Panther” does not get a Best Picture nomination? Perhaps, they’re doing it to simply help boost the ratings of the show which has reached record lows over the last two years. Maybe it’s a combination of both? Either way, it’s a shortsighted, cheap and incredibly damaging move on their part towards their core audience who have watched them for years and who take their awards ceremony very seriously. Not to mention, before today’s announcement, “Black Panther” still had decent odds at an actual Best Picture nomination. However, it will now be pushed aside (The same way animated and foreign film are now) to another category specifically created for it to be nominated instead of focusing on other paths which could’ve helped to solve their problem and give them less backlash in the process.

It’s clear that they no longer take their telecast seriously. Not only because they have decided to put a value on what is a popular film and what is not, they have also decided to go ahead and commit to cutting their awards show down to three hours. Let me clue you into something in case you don’t already know: people don’t care if something is long, they just want it to be good. “Gone With The Wind,” “Lawrence Of Arabia,” “Schindler’s List,” “Titanic,” “The Lord Of The Rings: The Return Of The King.” All over three hours long. All Best Picture winners. All of them made a lot of money. They’re beloved because they’re great films despite how long they are. Audience attention spans are not shorter than they once were. In fact, due to the age of binge-watching, audience attention spans are longer than ever. They just don’t want that time wasted. However, the Academy has interpreted this mean to “fewer awards should be televised.” The collateral damage is the below-the-line categories, due to the fact that they have people winning and giving speeches who are unrecognizable to the general public, thus these artists, their work, and their accomplishment are expendable in order to keep the public engaged. In an effort to cut the show down to 3 hours, the Academy will be regulating awards such as, but unconfirmed, the sound categories and the shorts to off-air acceptance speeches during commercial breaks. These speeches will then be edited and shown in a montage later on in the show to get everyone caught up. So this means more comedy skits, dance numbers, musical guest appearances, who knows!? Whatever it takes to retain the viewer’s attention span, the Academy is willing to make it happen. But at what cost?

These decisions are nothing but reactionary and reckless on the Academy’s part. Instead of continuing the efforts implemented years ago by changing the rules for Best Picture, as well as expanding the diversity in their membership, in hopes of getting the films the Academy and the public want nominated for Best Picture, the Academy are hedging their bets and doing everything they can to make their show as socially and culturally relevant as possible. But in the process of doing so, they are making their own Best Picture category less relevant by legitimizing another category in “Best Popular Film. They are making themselves less relevant by disrespecting outstanding contributions from various members of the filmmaking community to the off-air commercial breaks to receive their awards. There are still many questions left unanswered. Can a film nominated for Best Popular Film also receive a nomination for Best Picture? What are the determining factors which deem a film “popular?” Which categories will be regulated to the off-air acceptance speeches? Why those categories? It’s bad enough that the Honorary Oscars were moved off of the show entirely to their own separate night in order to reward legends and contributors to the art form, who deserve at the very least to have their night of recognition aired on television. But we don’t have that and now we have these cutbacks as well for below the line categories and who knows what else.

I have never been more disappointed with the Academy Of Motion Picture Arts & Sciences as I am today. This is disrespectful to not only members of the industry but to the fans who have, despite falling ratings, stood by their side, watched the show for years and have convinced others to partake in this whacky, fun and ever-growing community for awards season. 90 years of Academy tradition has been tossed aside, all to reach a wider and younger demographic. If a film is not good enough to be nominated for Best Picture, your answer should not be to devalue yourselves to the same level as the MTV or People’s Choice Awards. If you want “Black Panther” or “Avengers: Infinity War” to get a Best Picture nomination so more people tune into your show, allow them to earn their spot through the voting process and receive a legitimate nomination for Best Picture. Don’t suddenly create a cheap, discount award that people can clearly see through. The reality that it is: a consolation prize. It’s more disrespectful to execute this plan than it is for those films not getting a nomination for Best Picture. This is not the same institution that I fell in love with if this is the direction they will be taking to answer the public’s growing demand for more well-made blockbusters to get their due recognition at the Oscars. This is a crippling decision. Shame on you AMPAS. You have truly disappointed me. But at least you may have found a way to get the public interested in your show. The same public who don’t want to actually pay full price for a movie ticket, support independent film or the filmmakers behind them and will probably not watch your show no matter what you do anyway.

As for what will be happening here at Next Best Picture – we will be waiting for more information on the “Best Popular Film” category before we update our predictions on the site. Our continuing efforts to analyze the race and bring you best we can in Oscar coverage will not stop despite the questionable and devaluing changes which were announced today. However, if you feel the same way we do, we encourage you to tweet @TheAcademy, call, write, do whatever you can to express your feelings about these changes.

Episode 103 this Sunday on the Next Best Picture Podcast is going to be fun. See you all there.