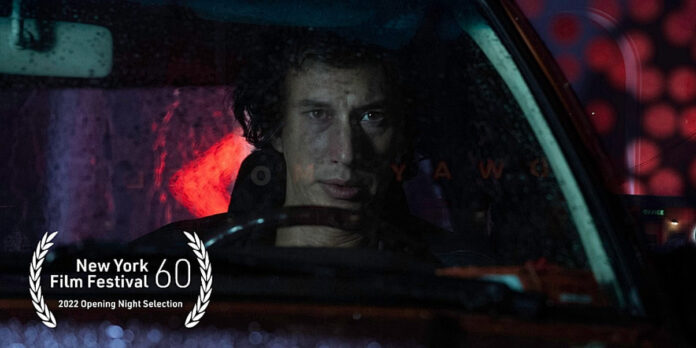 In a statement released by the Film at Lincoln Center, it’s been announced that Noah Baumbach’s “White Noise” will be the Opening Night film of the 60th New York Film Festival, making its North American premiere at Alice Tully Hall on September 30th.

“In 1985 my father and I drove from Brooklyn to see Kurosawa’s ‘Ran’ open the 23rd NYFF, the same year that he brought home the hardback of Don DeLillo’s ‘White Noise,’” said Baumbach. “Opening the 60th NYFF with ‘White Noise’ is truly special for me. This festival was part of my film education and has been a home for me and many of my movies over the years. I couldn’t be more excited and honored to return.”

“Opening the 60th edition of the New York Film Festival with Noah Baumbach’s ambitious, funny, and resonant ‘White Noise’ underscores this festival’s history of introducing new filmmakers to New York audiences. A regular attendee of the festival as a kid, Noah Baumbach saw his indie filmmaking career take off after debuting ‘Kicking and Screaming’ at NYFF in 1995,” said Eugene Hernandez, Executive Director of the New York Film Festival. “’White Noise’ will usher in a 60th NYFF selection of films by established directors and vibrant new voices; we’re looking forward to sharing the communal experience of cinema with audiences at Lincoln Center and in other parts of the city this fall! Stay tuned!”

“Noah Baumbach’s adaptation of ‘White Noise’ is an unequivocal triumph: a wildly entertaining and morbidly funny meditation on the way we live now that is also the director’s most ambitious and expansive film,” said Dennis Lim, Artistic Director, New York Film Festival. “Aided by a brilliant cast led by Adam Driver and Greta Gerwig, Baumbach has not only captured the essence of Don DeLillo’s beloved, era-defining book—he has turned it into a movie that speaks profoundly to our moment.”

Baumbach’s previous NYFF Main Slate selections include “Kicking and Screaming” (NYFF33), “The Squid and the Whale” (NYFF43), “Margot at the Wedding” (NYFF45), “Frances Ha” (NYFF50), “The Meyerowitz Stories (New and Selected)” (NYFF55), and “Marriage Story” (NYFF57 Centerpiece). “While We’re Young” was a secret screening at NYFF52. De Palma, co-directed with Jake Paltrow, was a special event at NYFF53.

Presented by Film at Lincoln Center, the New York Film Festival highlights the best in world cinema and takes place September 30th – October 16th, 2022. An annual bellwether of the state of cinema that has shaped film culture since 1963, the festival continues an enduring tradition of introducing audiences to bold and remarkable works from celebrated filmmakers, as well as fresh new talent.

Secure your Opening Night tickets and more with Festival Passes, limited quantities on sale now. NYFF60 single tickets will go on sale to the general public on Monday, September 19th at noon ET, with pre-sale access for FLC Members and Pass holders prior to this date. Save 50% on FLC Memberships through August 3rd only with the code BAUMBACH––the biggest discount of the year! New, current, and lapsed Members are eligible to redeem. Support of NYFF benefits Film at Lincoln Center in its nonprofit mission to promote the art and craft of cinema. NYFF60 press and industry accreditation is now open and the application deadline is August 31st.

What do you think of this news? This being a North American Premiere rules out the possibility of a TIFF or Telluride play for Noah Baumbach’s latest. Are you excited to see “White Noise?” What else do you think will be announced for NYFF60? Please let us know your thoughts in the comments section below or on our Twitter account.