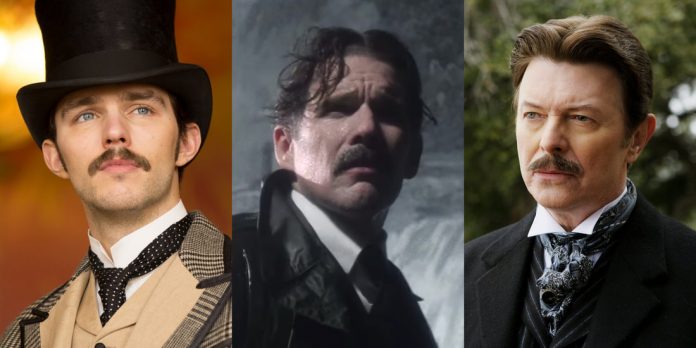 2020 has been a year of mediocre but creative biopics of important scientists with first “Radioactive” and now “Tesla.” The release of Michael Almereyda’s “Tesla” this month marks the first time that a narrative feature film about the inventor has ever been made. But Nikola Tesla has been featured in a handful of films before including the much loved “The Prestige” and last year’s “The Current War.” While Tesla was often ignored in favor of Edison, both in his lifetime and after his death, and isn’t a historic figure typically covered in school, there are avid Tesla fans who have ensured that he is a part of popular culture.

From these films in which he appears as a character, audiences might not understand much of Tesla’s life. He was an inventor and engineer best known for the design of the alternating current electricity supply system. He was born in the Austrian empire in 1856 and studied, but never gained a formal degree. He immigrated to the United States in 1884 and briefly worked at Edison Machine Works in New York. With patrons to finance his work, he continued inventing and registering patents and studied wireless electric power and wireless lighting. His alternating current induction motor was eventually licensed by Westinghouse Electric in 1888. Tesla was known for his ability to entertain at lectures and demonstrations to patrons. But he struggled with funding, was constantly overshadowed by Edison, and died in New York City in debt in 1943. He was largely forgotten until people became interested in him again in the 1990s.

The most famous portrayal of Tesla is by David Bowie in Christopher Nolan’s “The Prestige” (2006). The film is about two rival stage magicians in London played by Hugh Jackman and Christian Bale. It was written by Christopher and Jonathan Nolan and was nominated for Oscars for Best Cinematography and Best Art Direction. It’s certainly the most successful film to ever feature Tesla as a character as it made $109.7 million at the box office. While Tesla is a minor character, Nolan was very set on having Bowie in the role. Within the film, he has a striking entrance and serves as a wise, dignified presence. He is well-groomed and charismatic and warns Jackman’s character about the dangers of committing to an obsession. Though Edison isn’t a character in the film, their rivalry still presents issues for Tesla. The performance is certainly a beloved one and the film has acquired an almost cult following in the years since its release.

While “The Current War” (2019) certainly didn’t receive positive reviews, it does feature Tesla much more prominently. The film, directed by Alfonso Gomez-Rejon and written by Michael Mitnick, is largely about the rivalry between Edison (Benedict Cumberbatch) and Westinghouse (Michael Shannon) over which electric power delivery system would be popularized. The film originally premiered at TIFF in 2017, but was caught up in the chaos of the Harvey Weinstein allegations. Eventually, it was purchased by Lantern Entertainment and tweaked to the version that came out last year. The film only grossed $12.3 million and while it is somewhat boring, it does make some small attempts to not just be a ‘paint by the numbers’ biopic. 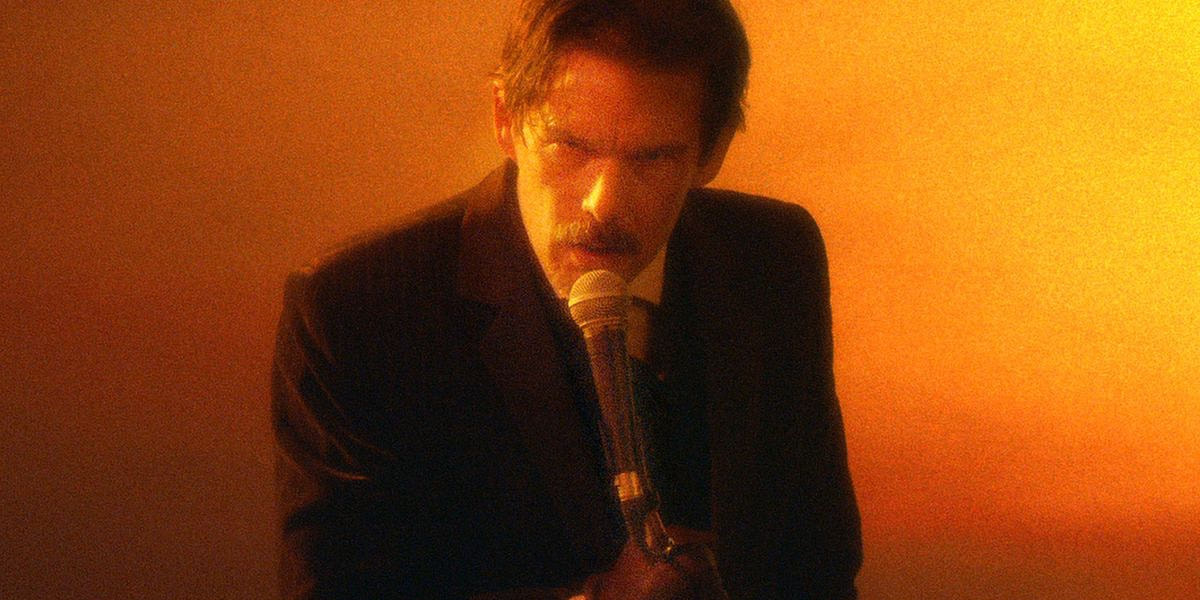 Nicholas Hoult’s portrayal of Tesla is a highlight in the film as he brings a sort of quiet intensity to the role. He immediately comes into conflict with Edison, who is portrayed as a prickly genius and whose methods Tesla doesn’t agree with. Though the film is centered on Edison and Westinghouse, it does show how Tesla clashed with some people over his ideas which often ended up in him losing jobs or simply not getting credit for his discoveries. Hoult does a good job of trying to portray Tesla’s Serbian accent. Tesla was a dandy, always dressed in eye-catching stylish outfits, and the film does a fantastic job of depicting him as well-groomed, fastidious, and fashion-forward. His bright and patterned suits, hats, and canes, designed by Michael Wilkinson, are fantastic. But most importantly, Hoult manages to make Tesla intelligent and articulate while also passionate and a bit awkward.

“Tesla” depicts some of the same events as “The Current War,” but it is the first film centered around its titular subject. It premiered at Sundance earlier this year and released on VOD and in theatres this month. Written and directed by Almereyda, the film stars Ethan Hawke as a very dour Tesla. It’s a very bold take on a biopic with roller skating, an ice cream fight during a business meeting, and, yes, Tesla singing “Everybody Wants to Rule the World” by Tears for Fears. It’s focused on Tesla’s relationship with JP Morgan’s daughter Anne (Eve Hewson) and the rivalry between Tesla and Edison (Michael MacLachlan). It also pushes the angle of Tesla as an immigrant to the United States, which makes sense given the year in which it was made.

While “Tesla” is filled with anachronistic touches, Anne Morgan also addresses the audience periodically to share the historical background of the events unfolding. She quips something like, “This meeting never happened,” while sitting at a laptop using Google multiple times. It’s an interesting concept and allows the film to share many real photos of the people being portrayed either as backgrounds for action or on the computer, but it breaks the narrative flow of the film. In between these bold moments, the film is overwhelmingly a normal biopic with an uninspired script.

Hawke gives a solid, if overly somber, performance as Tesla. Despite his shy and awkward ways, he is well-liked by those around him next to a very direct and abrasive Edison. Hawke’s understated performance works well for the reserved, introverted character but fails to capture the showmanship that the man was known for. The film is also sidetracked by a plot line in which Tesla meets actress Sarah Bernhardt and is charmed by her much to Anne’s displeasure. Overall, the film seems much more interested in style than in telling Tesla’s story.

​While “Tesla” is the only film focused on the man, “The Current War” does the best job at conveying information about him through its narrative (rather than simply telling the audience in an aside). Hoult is the youngest version of Tesla, while Bowie is appropriately aged for the time period the film depicts him in. “Tesla” makes no attempt to show the passage of time and Hawke appears the same throughout. All three films impressively create Tesla’s recognizable dark center-parted hair and mustache. Both “The Current War” and “Tesla” show his germaphobia in clever ways: in the former, he shies away from touching door handles and shaking hands, while in the latter there is a scene in a restaurant in which he wipes each dish and glass before using them. Hawke’s Tesla is more dour and introspective than Bowie or Hoult. While Bowie’s is easily most people’s favorite performance of the three. But it’s Hoult’s that has the most range and incorporates the most historically accurate details.

There have been a handful of other works in which Tesla appears. He inspired a character in the early Superman animated film series by Max Fleischer. “The Secret of Nikola Tesla” is a 1980 Yugoslav film that shows Tesla as a psychic with a vision of the future. A short film by Matthew Rankin called “The Tesla World Light” was released in 2017. And “Tesla Nation,” a documentary about Serbian Americans released in 2018, features segments on Tesla.

Despite the number of works in which he has appeared in, there still is no solid Tesla biopic that someone could watch to get an idea of his life and achievements. He is a side character in “The Prestige” and “The Current War” and “Tesla” plays around with the facts so much that it’s hard to glean what the real story is. Each of the three movies has good parts, but “The Prestige” certainly is the best in terms of entertainment though it offers the least amount of information about Tesla. Maybe one day, a biopic that lives up to the man himself will finally be made about Nikola Tesla.

Which is your favorite movie with Tesla as a character? Who gave the best performance as him? Let us know in the comments section below or on our Twitter account.