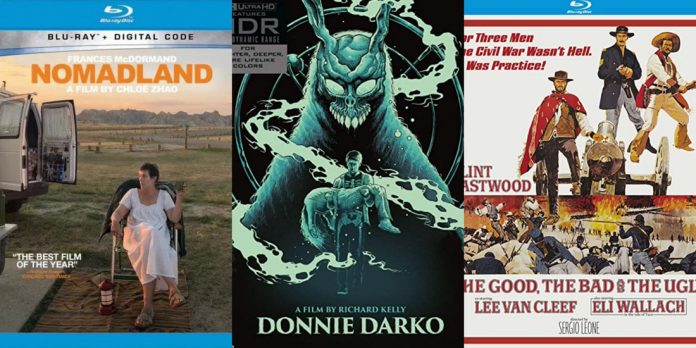 This week, we have one big recent release coming to Blu-ray and several exciting older titles from the biggest and best boutique labels​.

Let’s take a look out what’s coming out today on physical media!

This week, I wanted to highlight a Blu-ray label that I haven’t really talked about outside of their new releases, and that is Kino Lorber. I actually did not own any films from them prior to their recent March Madness sale, where I picked up a few titles. One of them that I would highly recommend is the 1964 comedy “What a Way to Go!”, directed by J. Lee Thompson and featuring an all-star cast: Shirley MacLaine, Paul Newman, Robert Mitchum, Dean Martin, Gene Kelly, Dick Van Dyke! The film is about a woman (MacLaine) who finds herself cursed: she keeps falling in love and getting married only to have her husband get rich and die on her, over and over again. This is a hilarious and surprisingly unpredictable film. Each section plays into each real star’s onscreen persona and parodies popular film genres of the era (such as Hollywood musicals and the French New Wave). Plus, the film looks stunning and features costumes by Edith Head that are some of her finest and most extravagant.

The Blu-ray transfer looks terrific. My one gripe with the release is its lack of special features, containing only the theatrical trailer. However, this film is harder to find outside of paying for a rental, so I would highly recommend this release as the best way to see the film. This is a dark comedy that is way ahead of its time with wonderful performances and technicals that I would encourage people to purchase during the next sale, or just check out the film in general as it is an underappreciated delight.