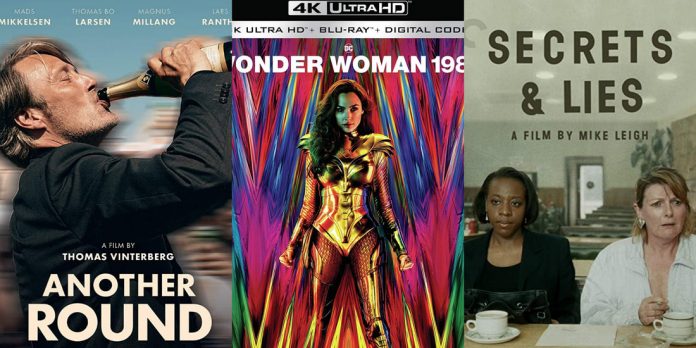 This week in the world of physical media comes some 4K UHD upgrades and many blu-ray debuts, all from a variety of labels and genres!

Let’s take a look at what is being released this week.

Severin Films is putting out their first 4K titles, both by director Álex de la Iglesia: “The Day of the Beast” (1995) and “Perdita Durango” (1997). Each includes both a 4K disc and a standard Blu-ray from the same 4K master and several supplemental features.

​The Criterion Collection has two big releases this week. First is the 1991 film “Defending Your Life.” Written and directed by Albert Brooks, the film stars Brooks, along with Meryl Streep, Rip Torn, Lee Grant, and Buck Henry. This release features a new 4K digital restoration and includes new and archival interviews and an essay on the film by director Ari Aster.

​Finally, there are two releases from Warner Archive this week. First, we have “Isle of the Dead” from 1945, directed by Mark Robson and starring Boris Karloff, Ellen Drew, and Marc Cramer.

I recently ordered some Blu-rays from Warner Archive during their final 4 for $44 sale (though the WBShop is closing, by all accounts, the WA label will still be available elsewhere) and watched one of my blind-buys, which was “Where the Boys Are.” From 1960, the film was directed by Henry Levin and starred Dolores Hart, Paula Prentiss, Yvette Mimieux, Connie Francis, George Hamilton, and Tim Hutton. It’s about four college girls who travel down to Fort Lauderdale, Florida, for their spring break vacation and depicts the very different girls’ situations and romances over the course of their vacations. The film is a lot of fun while also being quite serious and ahead of its time regarding how it depicts sex and consent. It also has distinct and memorable characters, despite a fluctuation in the quality of the performances.

As far as the Blu-ray, it looks beautiful. Like most 60s films, it’s shot in stunning Cinemascope, with the beach exteriors and various set pieces coming across nicely. It includes an audio commentary track with Prentiss, where she discusses her experience on this film as her feature debut, along with a retrospective on the film and newsreel of the world premiere. While not a perfect movie, I highly recommend it for fans of the 50s and 60s cinema as it does feel incredibly modern in its subject matter. Plus, it’s a perfect film to watch as we get into Spring and Summer.