“EVERY BREATH YOU TAKE” 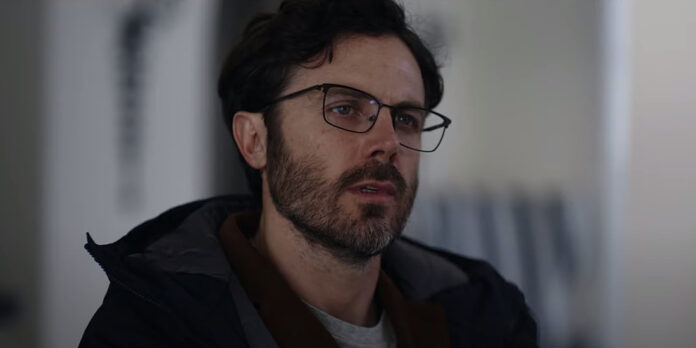 THE STORY – A psychiatrist’s life gets turned upside down when a patient takes her own life and he introduces her brother to his own family.
​
THE CAST – Casey Affleck, Sam Claflin, Veronica Ferres, India Eisley & Michelle Monaghan
​
THE TEAM – Vaughn Stein (Director) & David Murray (Writer)​
​
THE RUNNING TIME – 105 Minutes

It can be difficult to label any film truly original. There are certainly some inventive concepts that audiences are introduced to, but after centuries of storytelling, it can be hard to weave a particular tale that is wholly captivating. Still, the most talented artists can find ways to make familiar material engaging on a level that keeps one interested. This doesn’t mean that the foundation on which these stories are built upon can’t be easily deciphered, but there are creative methods that can be implemented that elevates the work into something more intriguing. The film “Every Breath You Take” operates in some genre spaces that one has been very accustomed to seeing in the past. However, instead of indulging in its own twisty premise, its execution is instead painfully dull and stale.

The film centers on Philip Clark (Casey Affleck), a Washington state psychiatrist who is still recovering from his son’s death three years ago. The emotional toll has put a strain on his family, which has only caused his marriage with Grace (Michelle Monaghan) to become even more fractured and his daughter Lucy (India Eisley) to develop troublesome behavioral issues. The tragedy only intensifies when Phillip’s patient commits suicide, which brings a dark aura around him. It also brings her brother James (Sam Claflin) into his life. However, the grief-stricken sibling hides more sinister intentions. As his influence on the family grows, the dark secrets that motivate him will only reveal his true menace and rip this family apart even more.

No doubt, the biggest hindrance to one’s enjoyment of this film is baked right into the mundane writing. David Murray’s screenplay finds itself completely devoid of innovative construction and leans heavily on a flat, unappealing mystery that is fixated around shallow and poorly drawn characters. There is no point where this narrative’s surprises and twists actually land because they are so obviously telegraphed in ways that avoid subtlety. The very predictable nature of this script alone would not usually be enough to damn the film. However, with so little intrigue that motivates these characters and every arc feeling so pedestrian, the story struggles to craft a believable emotional connection to the conflict. Even if the writing was not aiming for such modest ambitions, its stale dialogue and poorly executed payoffs leave much to be desired.

Still, in such cases where the screenplay is a letdown, one would hope that the filmmaking would be an element that could elevate such material into something much more compelling. Sadly, Vaughn Stein’s direction indulges in a somber tone that is frustratingly distant. The approach to making the film more of an earnest drama with moody melancholy instead of a suspenseful B-grade thriller ends up dispelling much of the impact that could be had. Rather than being treated to a hyperbolic yet entertaining genre exercise, the attempt to ground the perspective only contributes to a brutally sluggish pace and an abundance of manufactured tension. There are a handful of well-framed shots, and the finale does try for a more outlandish tone. Still, it’s not particularly well-conceived and contributes further into the serious momentum problem that is persistent throughout.

There are many talented actors here who are completely wasted in these roles as well. Affleck can be a fine performer, but he is woefully miscast as an erudite psychiatrist whose high society life is crumbling down. Things are also not helped by his monotone affectation that comes across with a deep sense of boredom. Monaghan has a few moments to shine, but her character is so thinly drawn that her impact is minimal. The same goes for Eisley, given even less to do. The only one who makes somewhat of a connection is Claflin. There’s a charming screen presence he portrays that’s quite effective, and when the darker sides of the role start slipping through, there is an undeniable magnetism that draws attention. It’s a performance that stops short of all-out relishing in villainy, which is another major disappointment. However, with so few standouts in this ensemble, his efforts are appreciated nonetheless.

Even though “Every Breath You Take” may echo similar films and stories that came before, that cannot excuse the profoundly mediocre presentation on display here. Both the writing and filmmaking do very little to make the story creative, and the results are a lethargic narrative lacking any sense of urgency in its pace are intrigue with its characters. A strained ensemble cast does not come to the rescue either, despite some valiant efforts made in the service of such weakly sketched parts. There are still ways to make these familiar tropes an entertaining viewing experience. Any indulgence of that was not explored here.

Powered by JustWatch
Share
Facebook
Twitter
Copy URL
Previous article
Trailer – “Spiral: From The Book Of Saw”
Next article
The Paths To Victory For Each best actress Nominee