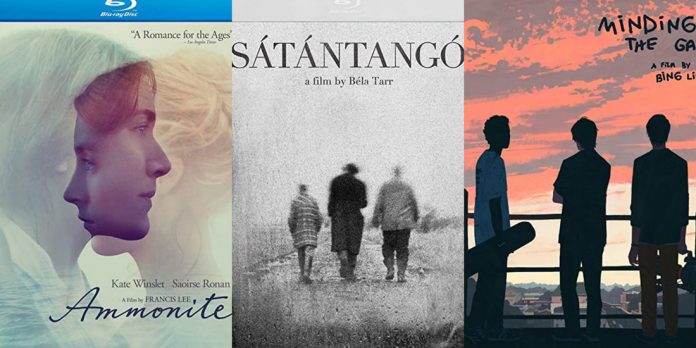 This week, there are quite a few new and exciting releases coming out to add to the 2021 slate from various labels, genres, and time periods. And all Blu-ray debuts, so let’s get started!

This week, I wanted to recommend a standard release Blu-ray rather than that of a boutique label like I typically do. I switched over to Blu-ray from DVD kind of late in the game, but even still, I became wary of “bargain” Blu-rays, standard discs costing under $10 because I feared they wouldn’t be nearly as good as your typical Criterion or Shout Factory release. However, a few months back, I purchased the Director’s Definitive Edition Blu-ray of “Heat” for my boyfriend as it is one of his favorite films (and has become one of mine as well) for roughly $5 on Amazon and was pleasantly surprised at how great a release it is for such a low cost. For starters, it looks incredible. I could go on about how this is Michael Mann’s masterpiece, but it really showcases his visual style for looks alone. The deliberate framing, crisp blues, and LA scenery look flawless. It is also an impressive release in regards to special features, containing a second disc exclusively for supplements. Not only is there an audio commentary with Michael Mann, but it also includes a number of panel interviews (including one moderated by Christopher Nolan), an hour-long making-of featurette, deleted scenes, and features on both the locations and the iconic coffee shop conversation between De Niro and Pacino.

It wouldn’t shock me if a 4K release of this film came out in the coming years, so if you are waiting for that to purchase the movie, I understand. However, I do still highly recommend this release as not only a tremendous transfer of a beautiful film but also for its hours of special features to sink your teeth into. It currently retails for under $8 on Amazon but goes on sale at times to be marked down even less, and it is worth every penny.

Will you be picking up any of these releases? Let us know in the comments section below or on our Twitter account.