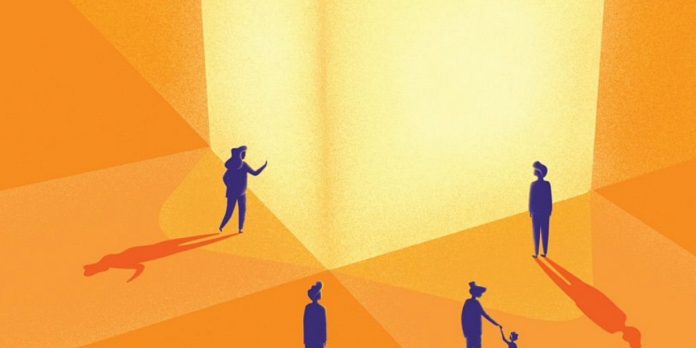 I have never really been one for film festivals. I have come to be wary of how films can build big buzz in the heat of a festival only to fizzle out completely when they get released, sometimes a year or more after they premiered. As a film lover and Oscar watcher, it has been frustrating to watch the conversation about a film go through an entire lifecycle before it’s even available for most of the public to see, at which point the very critics who strongly praised or disparaged a film have already moved on from the conversation.

So of course when Matt asked me if I was interested in covering this year’s Toronto International Film Festival for Next Best Picture, I said yes without hesitation.

While going to a film festival has never been a dream of mine, I’ve always been curious about how they work, about what it’s like to see a film in that setting as opposed to when it’s released in theaters. Are there trailers? Are there still names of production companies and distributors in the opening credits? Do people still buy gigantic tubs of popcorn and leave them behind, half-eaten? And mostly, what is it like to do nothing but watch films all day and night? This is my chance to find out, and from the very beginning, I was excited.

It was never a guarantee that I was going to get to go. NBP had to apply for press accreditation, and you never know what a festival’s press office will decide on that front. But we got accreditation back in July. For a month, there was nothing to do but wait for the schedule to be released. It was, slowly, first the Galas and Special Presentations, and then more and more titles in other categories. The sheer number of films playing at TIFF is overwhelming. How does one even begin to choose what films one is going to see? There are over 400 films – including full-length narrative features, documentaries, and shorts – playing at this year’s festival. Because of other commitments, I’m only able to attend for the first half of the festival, and will have to miss some of my most highly-anticipated films, like Noah Hawley’s “Lucy in the Sky” and Kasi Lemmons’s “Harriet,” which don’t have their first screenings until after I leave. Strangely, I will have the opportunity to see the festival’s Closing Film, Marjane Satrapi’s “Radioactive,” as there is a Press & Industry screening on the second day of the festival.

​Of course, the keyword there is “opportunity.” While there are indeed screenings set aside for Press & Industry members throughout the festival, these are handled on a first-come, first-served basis, with no ticketing involved. So there’s no guarantee as of now that I will get into all of those that I want. My guess ahead of the festival, which has been confirmed by plenty of veteran festival-goers, is that I will spend just as much of my five days in Toronto waiting in line as watching films, which is a scary thought considering that some of my most-desired screenings are only about 15-30 minutes apart. I have resigned myself to the fact that I will not see everything, but that doesn’t mean I’m going to try any less hard to see as many of the big players as possible. I can run between theaters and wait in line with the best of them!

By far the most difficult part of the prep work so far has been scheduling. If it were up to me, I would fill my schedule with films that may not see the light of day in theaters. I’m lucky enough to live in New York City, but even there we don’t get all the smaller independent and international films that play festivals like TIFF. But at this festival, I am representing NBP, so I have a responsibility to you all, and that includes getting the jump on likely awards contenders. Of course, a lot of those big-ticket films are screening at the same time, so I will likely be able to have a nice balance of bigger films and smaller films on my schedule. Thanks to the fantastic folks at TIFFR.com, it was easy to create a shortlist of films I want to see at the festival and then spend hours on end trying to make a schedule that would allow me to see as many of them as possible – which I am sure will change as soon as I arrive and multiple times throughout my time there. You can even see what my schedule looks like right here. And of course, follow me on Twitter (@dancindanonfilm) to see my reactions to what I ACTUALLY get to see.

Check this space for further updates from the festival, including the inside track on what it’s like to attend a film festival as a member of the press, and reviews of the films I get to see. Film festival season is finally here, folks. Are you excited? I sure am!