Musicals To Look Forward To For This Year’s Tonys 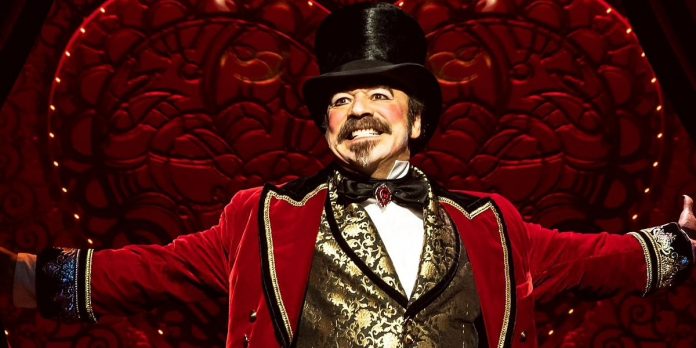 *Just as we were planning to post this preview of new musicals for the 2019/2020 Tony season, Broadway announced that it would shut down until at least April 13th due to concerns over COVID-19. While the theatre may currently be dark, let us take a look at what we can expect to enjoy in the coming months when society returns to a sense of normalcy.*

Just as Oscar season tends to wait until the end of the calendar year to show off its finest offerings, the world of theater also waits until the end of their year to showcase the best of the best. Though in Broadway culture, the final rush happens to be March and April of every year. This season is no different as we see a barrage of new plays and musicals competing for Tony glory. As the American Theatre Wing prepares to release their Tony nominations ahead of the 74th annual ceremony, let’s take a look at the top offerings on the musical side.​

Girl From The North Country
Set to songs by the legendary Bob Dylan, “Girl from the North Country” comes to Broadway after an Olivier winning run in London and an off-Broadway premiere at The Public. This unique take on a jukebox musical doesn’t tell the story of Bob Dylan, but rather, a family and community in 1930s Minnesota. The production has been praised for shining a light on a culture not so far off from our contemporary society. And of course, the timeless Dylan score. In a time when jukebox musicals have the potential to feel so rote, “Girl from the North Country” not only looks to adopt a unique approach but also a fresh one to storytelling.

Flying Over Sunset
English writer Aldous Huxley, politician Clare Boothe Luce, and screen legend Cary Grant all crossed paths and experimented with LSD?! What a concept in general, let alone one for a musical. If you’re like me, this plot synopsis for “Flying Over Sunset” won’t do anything to sell you on the latest Lincoln Center production. However, the creative team that includes legends such as James Lapine, Tom Kitt, and Michael Korie is enough to at least pique some interest. Tony nominees Harry Hadden-Paton, Tony Yazbeck, and Carmen Cusack star.

Sing Street
After the success of “Once,” “Sing Street” follows in the tradition of John Carney films that are adapted from screen to stage. After a successful premiere at the New York Theatre Workshop in December, the Broadway iteration looks to be quite the charmer this season.

Moulin Rouge! The Musical
After nearly a year on Broadway, “Moulin Rouge! The Musical” continues to dazzle through spectacle overload at the Al Hirschfeld Theatre. Using some of the same pop hits from the 2001 classic film, in addition to new standards, the sheer bombast of this spectacular spectacle should be enough to earn it Tony recognition. Aaron Tivet, Karen Olivo, and Danny Burstein star.

Six
Another London export, “Six” adopts a pop score to create a modern retelling of the lives of Henry VIII’s wives. A concert extravaganza like you’ve never seen before.

Mrs. Doubtfire
Another stage to screen adaption, many theatre watchers are eager to see how “Mrs. Doubtfire” lands as a musical, especially after the disappointment that was last year’s “Tootsie.” Rob McClure stars as the titular nanny, while the legendary Jerry Zaks directs.

​Jagged Little Pill
Like “Girl from North Country,” “Jagged Little Pill” uses a pre-existing score to tell a new story unrelated to the source material. Rather than Bob Dylan, this time the music comes from Alanis Morissette’s iconic 1995 album of the same name. A musical inspired by themes more than plot may prove to be a risky investment, yet the Morissette fan base seems invested in how beloved music can be used to present a new experience.

Tina: The Tina Turner Musical
Adrienne Warren tears down the house every night at the Lunt-Fontanne Theatre as the legendary Tina Turner. The musical depicts the rock star’s rise to fame and tumultuous relationship with her husband, Ike.

Diana
A musical about Princess Diana with music and lyrics by Bon Jovi and keyboardist David Bryan? Perhaps the riskiest bet on Broadway this season next to “Flying Over Sunset”.

The Lightning Thief
A cult following of passionate teens led “The Lightning Thief” to Broadway after a popular TheatreWorks USA presentation and subsequent national tour. Though it’s been over a decade since the Percy Jackson series came and went on the page and screen, it still lives on in a unique way thanks to the theatre.

Additionally, we have three musical revivals in the mix this season all with bits and pieces in common. Both “Company” and “Caroline, or Change” are coming to New York after tremendously successful London runs. “Caroline” seems to be more or less a traditional revival, while “Company” is a modern take on the beloved Sondheim classic. Not only are references and lyrics more period-appropriate, but the original male Bobby is now a female Bobbie, played by Tony-winner Katrina Lenk.

Another Sondheim classic back on stage this season is “West Side Story”. While the story itself remains as perfect as ever, a cloud of controversy has rightly hung over this latest revival. From the elimination of beloved songs and sequences, a darker approach than many prefer, and the gratuitous use of video and hand-held cameras, the production is garnering mixed responses. However, the real reason for concern here is the casting of sexual predator Amar Ramasar, who was fired from the New York City Ballet after sharing sexually explicit texts and pictures of fellow dancers against their knowledge. Protests outside the Broadway Theatre have caused more attention than the show itself, and rightly so. Ramasar’s casting aside, it will be interesting to see if the American Theatre Wing wants to embrace such a radical production.

What musicals are you most looking forward to this season? Are there any favorites you would like to see as Tony frontrunners? ​Do you think there will be a Tony season this year? Let us know in the comments section below or on our Twitter account.