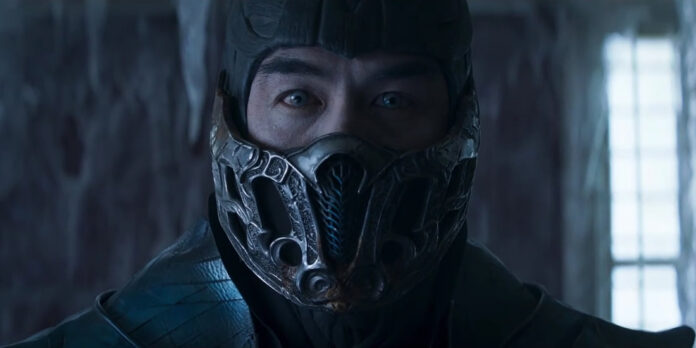 THE STORY – MMA fighter Cole Young seeks out Earth’s greatest champions in order to stand against the enemies of Outworld in a high stakes battle for the universe.

​What are you expecting from “Mortal Kombat?” Are you hoping for a strong story? Good acting? Well-written dialogue? No? Well, how about stunning fight choreography? Spectacular visual effects? Gory fatality kills that awaken your inner-child and remind you of frantically smashing those video-game controller button combinations in hopes of pulling off a stunning blood-soaked killer blow? Well, if you’re expecting any of those, your expectations may not be exceeded. They may not even be met in most areas. While it’s a step up from the 1995 original film (and most definitely its inferior 1997 sequel “Annihilation”), comparatively speaking, this is not a flawless victory for those hoping for the next great action franchise.

Cole Young (Lewis Tan) is a washed-up MMA fighter who is now fighting in gymnasiums for only $200 per fight. Born with a mysterious dragon birthmark on his body, he’s unaware that he is the last of the bloodline belonging to legendary warrior Hanzo Hasashi (Hiroyuki Sanada), who was killed centuries ago by Outworld’s Emperor Shang Tsung’s (Chin Han) most deadly assassin, Sub-Zero (Joe Taslim). Now, Sub-Zero has been sent to hunt Cole down so that Outworld can win in the final tournament against Earthworld and thus, invade and take over. Fearing for his family’s safety, Cole comes across a Special Forces Major named Jackson “Jax” Briggs (Mehcad Brooks), who puts him in contact with Sonya Blade (Jessica McNamee). Soon, Cole realizes he’s not the only one with the strange birthmark as Jax, and rogue mercenary Kano (Josh Lawson) has it as well. They all soon learn that they’ve been chosen to defend Earthrealm from Emperor Shang Tsung in a martial arts tournament known as Mortal Kombat. The group comes under the protection and guidance of Lord Raiden (Tadanobu Asano), an Elder God and the protector of Earthrealm, who helps to train them with the aid of more experienced fighters Liu Kang (Ludi Lin) and his cousin Kung Lao (Max Huan). As Cole and his new allies train, they must learn how to unlock their arcana (a special power that is unique to all dragon mark bearers) if they have any hopes of stopping the mystically all-powerful Emperor Shang Tsung, Sub-Zero, and other warriors at his command.

The best scene in “Mortal Kombat” is the first, as the Lin Kuei assassins, led by Bi-Han (who later becomes Sub-Zero), murder Hanzo Hasashi (who later becomes Scorpion) and his family. The stakes feel heightened; there is a dramatic amount of weight applied to the revenge story set up. The fight choreography is swift and brutally effective. Plus, you have Hiroyuki Sanada being the badass he often is. What is there not to like? Shortly after, we’re introduced to the main characters and story. Unfortunately, not a single character is ever compelling enough to make us care about the story being told. Instead, “Mortal Kombat” has a distinct goal in mind: honor the video-game series. Part of that is retaining the franchise’s cooky characters and tone. Kano, in particular, is such a frustratingly annoying character in every regard, with no attempts ever to flesh him out beyond the fact that he is an angry, arrogant scumbag who never stops talking. He even goes so far as to call out the absurdity of the franchise, saying that the “Mortal Kombat” tournament “Sounds like you made it up and you spelled it wrong.” However, the film can never determine if it wants to take its characters and story too seriously or not. A rhythm is never established, and thus, all we’re left with is our nostalgia for the series, hoping that the filmmakers can at least pay homage to that.

And paying honor and respect, they certainly do! Like it or not, the filmmakers have gone to great lengths (sometimes hilariously so) to include famous lines of dialogue, fight moves, and more into this re-booted film which they hope will kick-start a new franchise for the video-game phenomenon. The bar is historically very low for video-game movies, but “Mortal Kombat” combines the right mix of campy fun, self-seriousness, and hard-rated R content that will delight long-time fans of the franchise. Also, a shoutout to composer Benjamin Wallfisch, whose percussion-heavy score mixes traditional instruments with electronic components to create a score that sounds new while referencing the style of the 90s.

Newcomers will probably not be as enthused as the wooden acting, and the silly nature of the story will undoubtedly turn people off. However, there is enough potential here and room for improvement that a sequel could expand significantly on the foundation that has been built here, resulting in the champion that Warner Bros. hopes it will be. I’m not ready to sit here and say, “FINISH HIM!!” quite yet. Still, if the terrible acting, shallow characters, and eye-rolling story continue in the next installment, all the buckets of blood, nostalgic references, and fight scenes in the world wouldn’t be enough to stop skeptics from delivering a “fatality” finisher against this franchise.

Powered by JustWatch
Share
Facebook
Twitter
Copy URL
Previous articleOur predictions For The 2021 Film Independent Spirit Awards
Next article“How Did They Make A Movie From That?”